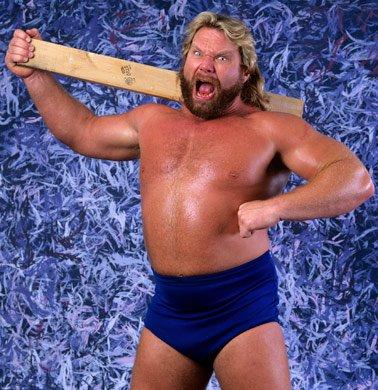 As one of wrestling’s most popular pay-per-view events, the Royal Rumble is a WWE phenomenon. Thirty wrestlers, at the top of their game, vying to be crowned winner by being the last man standing in the ring.

This wrestling spectacle has come a long way since its inaugural match over 30 years ago when WWE Hall of Famer Hacksaw Jim Duggan unexpectedly took the very first Royal Rumble title. After recently speaking to Betway Casino, here’s how Hacksaw shocked the nation on that January day back in 1988.

What is the Royal Rumble?

The brainchild of former WWE wrestler Pat Patterson, the Royal Rumble is over an hour of high-octane wrestling, where 30 wrestling pros fight it out in the ring.

It is based on the classic battle royal, where a number of wrestlers compete to eliminate their competitors by tossing them over the top rope so that both their feet touch the floor outside the ring.

But unlike the classic, which has all the wrestlers in the ring simultaneously, the Royal Rumble is staggered. Starting off with two WWE superstar wrestlers, they are then joined by the other participants at 90-second intervals.

As well as the Royal Rumble title, there’s also another big win at stake, as the winner gets a direct pass into the world’s largest wrestling event, Wrestlemania. So, there’s a lot to play for.

Who is ‘Hacksaw’ Jim Duggan?

The self-styled American Patriot of WWE, ‘Hacksaw’ started wrestling in 1979 and is famous for his ‘Hoooo!’ and ‘U-S-A!!’ battle cries while carrying a 2×4 piece of wood as a weapon. A stalwart of both the World Wrestling Federation and World Championship Wrestling, he was never a major tournament winner, which is why his win at the inaugural Royal Rumble came as a surprise. Jim Duggan retired from wrestling in 1998 and has been inducted into the WWE Hall of Fame.

The story behind his shock Royal Rumble win

From a WWE point of view, the very first Royal Rumble was a star-studded affair, with the likes of Bret ‘The Hitman’ Hart, The Ultimate Warrior, One Man Gang and Tito Santana amongst the 20 men to take to the ring. While a popular character on the circuit, Hacksaw was not considered a major contender for the title. But as the now 68-year-old describes, the Royal Rumble was like ‘the wild west’, in which anyone could win.

With The Hitman and Tito Santana the first two into the ring, Jim Duggan was 13th to enter the match, which lasted just over 33 minutes in total. Jim lasted 14 minutes in the ring, during which the rest of the field was steadily picked off.

Describing himself as a ‘brawler’ rather than a wrestler, Hacksaw stuck to his strategy of being creative and tough. During his stint in the Royal Rumble ring, Hacksaw eliminated three other wrestlers, the last being the 6ft 9 One Man Gang when they were down to the final two.

Amongst the cream of WWE, fan-favorite Jim Duggan had, he said, been lucky. And that luck meant the outsider who had never won a major championship struck gold as the shock winner of the very first Royal Rumble.