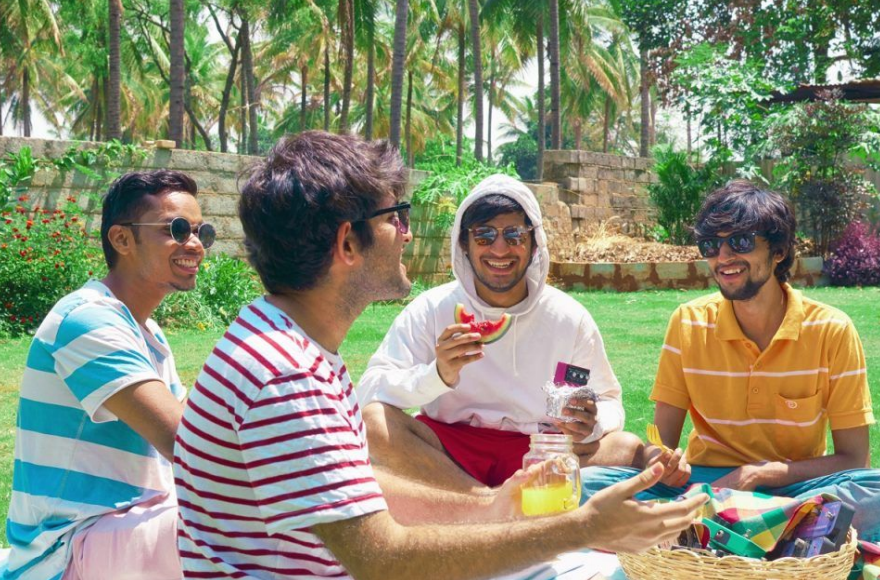 Indian sensation SmallTalk are coming to the UK

Mumbai based alternative soul band, SmallTalk, are bringing their ‘lush colorful musical canvas’ to the UK in 2020.

Having had over 28,000 views on their first single, ‘Tired’, SmallTalk have been creating quite a buzz in India with Bangin Beats saying: “The four-piece band have consistently painted a lush, colorful musical canvas splashed with a mélange of neo-soul, jazz, funk and pop sounds.”

The band has also received praise from the likes of Rolling Stones India who called them ‘Best new groove masters’ and VH1 India.

SmallTalk is made up of Linford D’souza on drums, Yohann Countinho on bass, Samarth Bahl-Vocals and guitarist Siddharth Shankar.

They have previously played big festivals in India such as NH7 Weekender 2018, Ziro Festival of Music and Orange Festival as well as shows at venues such as The Piano Man Jazz Club in Delhi and The Quarter in Mumbai.

The band, who are represented by QM Records, also secured first place in the Pune’s Bandcubator competition in April 2018.

While an exact date is yet to be announced, QM Records have confirmed SmallTalk are expected to play in the UK in May or June next year.