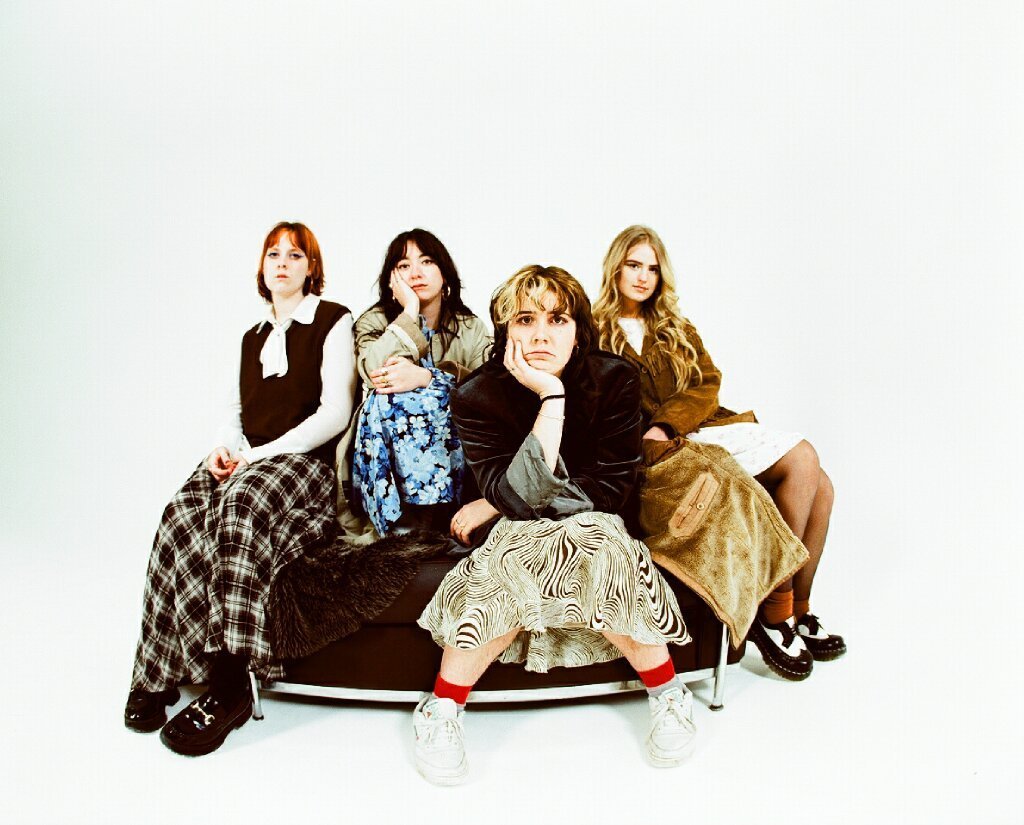 For most bands, a year of lockdowns would have spelt the end of any attempt to break through into the national music scene. However, for Brighton-based Lime Garden, that was not the case. In fact, the pandemic only fuelled the quartet’s rise.

Months of isolation provided a creative catalyst for the group to refine their eclectic, genre-bending sound. Most importantly, the pause was also an opportunity to strategize their way through the hectic world of the music industry. As a result, the group have had Radio 1 airplay through the likes of Annie Mac and Jack Saunders. Having signed their first record deal, they are now on the verge of releasing their third single, Sick n Tired, later this month. With a string of headline live shows also on the cards for summer and beyond, Lime Garden have emerged from the pandemic as one of the most exciting new acts to come out of Brighton.

On first listen, it feels impossible to distil Lime Garden’s sound into one distinct category – it is truly their own. Vocalist Chloe Howard’s confident and sardonic spirit meets Annabel Whittle’s thumping and buoyant percussion. The combination of Leila Deely’s jangly, psychedelic guitars meeting Tippi Morgan’s floor-filling bass lines, creates something of a melting disco-groove. Listeners can also be equally struck by the well-layered production of their tracks, sprinkled with subtle ear-worms from electronic synths to jazzy saxophones.

The band’s energetic debut, Surf n Turf, managed to evoke the spirit of both 60’s garage rock and the playful, laidback tones of lo-fi rockers Connan Mockasin and Courtney Barnett. Their follow up, Fever Dream, is reminiscent of 80’s New York – from the sounds of the Talking Heads to Nile Rodgers.

Speaking to the band over Zoom, it’s evident that their music’s witty tone is carried directly from their personality. The unpredictable nature of their sound is a sentiment they agree with themselves. “We’re really bad at describing ourselves too,” laughs Leila. “We all have really different tastes in music, and you can hear that in our songs. I guess what we’re trying to do is draw from as many different elements as possible. It all kind of balances itself out quite well. With every single, we change the vibe we had from the last one. We just don’t want to do the same thing each time.”

Their music videos are as memorable as their music, embodying their eccentric sounds and playing an important part in the band’s identity. The humour and avant-garde imagery which prevail can be credited to their collaborations with director Jay Barlett. “Our ideas are usually quite out there. It’s hard to translate for other people what’s in our brains, but he just gets us!” Leila explains.

The group are also enriched by Brighton’s thriving independent music scene. The four originally met while studying at Guildford’s Academy of Contemporary Music, but for them, the scene in Surrey was one they quickly outgrew. “With only one main venue, Guilford eventually became pretty dry, so we had to switch things up for the seaside,” Annabel explains. Based in Brighton since 2019, the four enjoy the energy of gigs at The Hope & Ruin, and take inspiration from their equally eclectic peers from the likes of Our Family Dog, Porridge Radio and Penelope Isles.

When lockdown struck in March of last year, it cast a wave of uncertainty for all rising bands across the UK. Yet in true zestful fashion, the Limes saw the opportunity to flip the situation on its head. “Believe it nor not, lockdown did us good,” recalls Annabel. “We wrote some of the best stuff we’ve ever written during lockdown, hands down.” While initially being in different parts of the country, the pandemic allowed each member of the group to write separately and build their tracks bit by bit. “At first, we had to deal with the reality of sending different files back and forth to each other. But that’s also when we noticed it’s a method that works best when it comes to song writing. As weird as it sounds, not forcing ideas when you’re all in the same room with other people seemed to work really well for us. It felt more productive to be able to just do it by ourselves, and each provide our separate input.”

The months of quarantine was also a time where Lime Garden experienced their most growth as a band, according to Leila. “It gave us time to pause. To take a break from our heavy schedule of playing gigs all the time, and think logically about the next step, about where we wanted to take this. As a result, we’re more excited than ever – we’ve got a lot of exciting stuff coming up in the edge ways.” The four haven’t played a proper live gig in a year. Although they’ve entertained socially-distanced crowds and even a wall of fans on Zoom screens at the Battersea Arts Centre, it’s nowhere near the “thrill, wholesomeness and warmth” they experience from their live shows. However, as the UK gradually opens up, expect to see the quartet play a string of live dates throughout the summer and beyond, with a spot on the Truck Festival line-up in July and a sold-out Brighton headline in October.

To top it off, their third single, Sick n Tired, is poised to be a summer smash, having recently signed their first ever record deal with So Young Records. Written and produced during lockdown, the single is set to hit us with yet another new infectious, equally eclectic sound – in typical Lime Garden fashion.

“Sick n Tired is definitely a step forward for us. Expect to be surprised with a different twist once again. It definitely sounds a lot more current compared to our other tracks, and is definitely driven by more pop elements,” explains Leila. “There’s usually a slight bit of nerves before releasing a track, but with this one, as soon as we got the masters back, we were immediately really confident.” 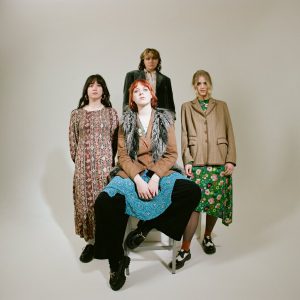 Lime Garden’s third single, Sick n Tired, is available now via So Young Records. The band are also set to play a string of summer festival dates, including Truck Festival, and a sold-out headline show at Brighton’s Prince Albert on Thurs 21 Oct.

Listen to Lime Garden on Spotify