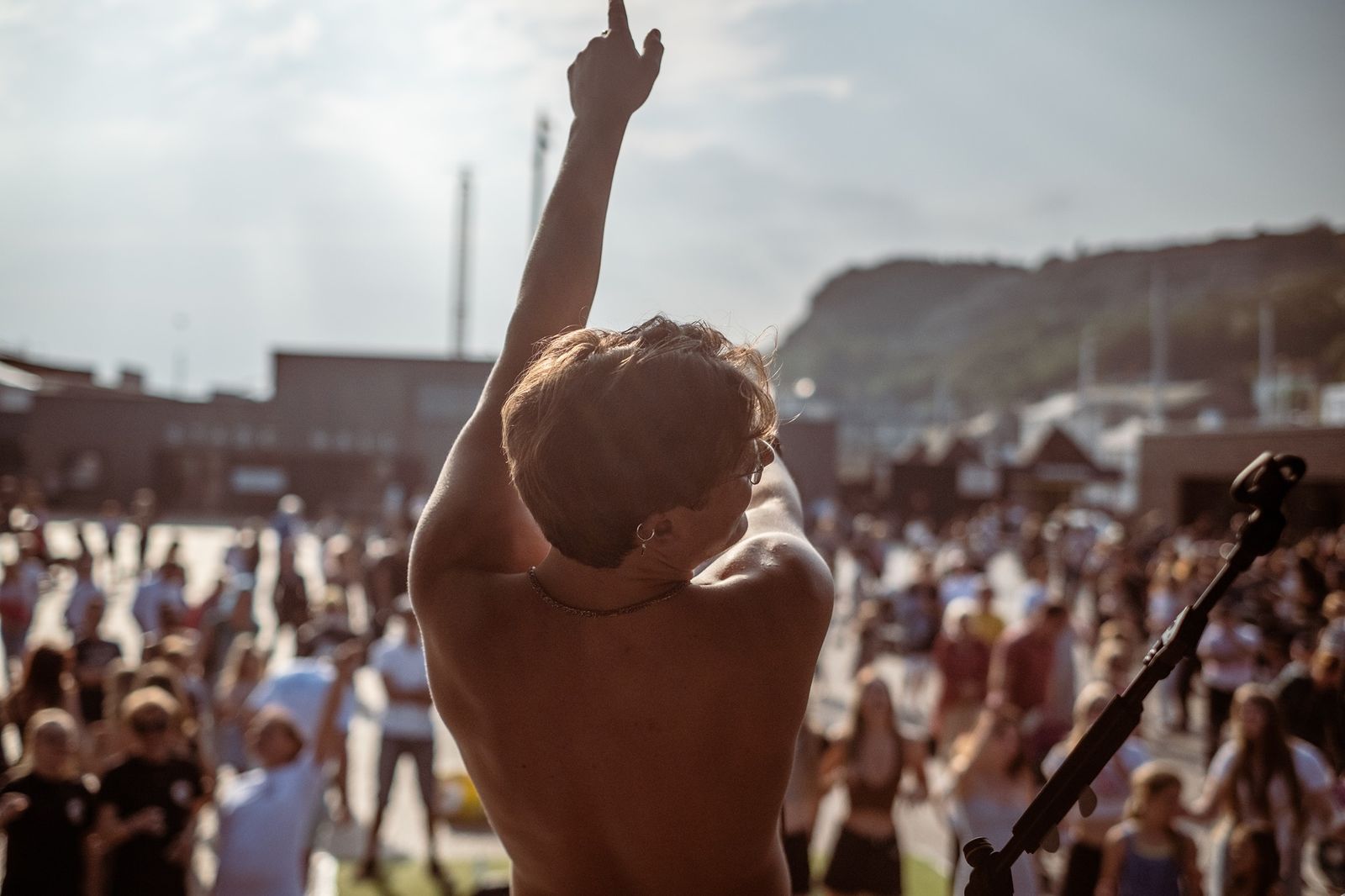 I had the privilege of getting to pick Wild Horse’s brains just before their 5th album launch party at the Hope and Ruin this month – a fantastic night of disco beats and swinging indie, with main support from another BN1 fav FoxyWombat – I danced my little feet off! They are a genuinely lovely group of guys, who are uncommonly open about their experience of life – something I’m sure you can pick up on listening to their newest album! Wild Horse deserve every success that comes their way – and there have been a fair few of those lately: radio plays across the country and abroad, packed gigs and a dedicated fan base locally and online.

Look out for a full review of their newest album ‘When the Pool is Occupied’ in the upcoming December issue of BN1, its well worth a read and a listen! A particular highlight for me is “Freaky Together” which has lodged itself permanently in my brain with it’s infectious energy and care-free lyrics! 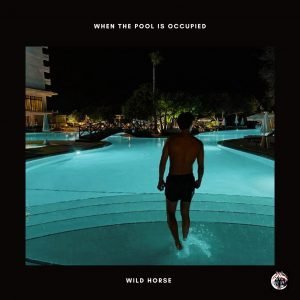 Did you know that this is what you wanted to do 6 years ago when you formed the band, and that you were all in this together?

Yes! Ever since we played together for the first time (which was all the way back in 2013 at an after school club) we knew we had something special and this is what we’re meant to do.

Wild Horse seems to be writing brand new material constantly – How do you go about your writing process? Does it help having people you grew up with to bounce ideas off of?

We’re constantly writing new material, now more than ever as we have a home studio set up which allows us to be as creative as possible. It definitely helps to have people we’ve grown up with to bounce ideas off of because our songs tend to be written about something which we ourselves have experienced, or things people we know have experienced so it’s really great to have inspiration from all areas of our life. 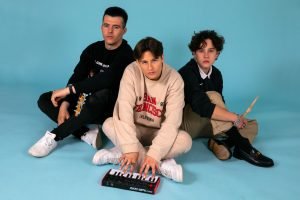 So you’re enjoying having more creative freedom now that you are independent?

Absolutely! We were due to start recording this album in a professional recording studio in January of this year but then lockdown came in and we were back to square one so we decided to put together a budget studio at home and have a go at producing the record ourselves. It was something we felt we had to do as we were going insane with not being able to do gigs. It was one of the best decisions we’ve ever made as it gave us so much freedom which allowed us to approach music in a whole new way. Without this, a huge number of the songs on the album wouldn’t exist. The album was then mixed by Al Scott (which was wonderful as we’re big fans of his work!) and the recipe was complete!

What a way to spend lockdown! Did having everything coming to a crashing stop  influence your work with the latest album?

Lockdown was actually a very busy time for us. We were absolutely shattered when we had to cancel all our gigs as playing live is absolutely our favourite thing to do and we hated the thought of letting down our fans. However, after our frontman Jack and manager Stephen got covid quite badly at the start of the first lockdown it really hit home that this was for the best and we decided to use the time off in a productive way. We wrote over 200 songs in the space of 2 months and decided to spend our time really perfecting our craft, in terms of song-writing and improving our stage show for when we could eventually come back to playing live, to really make sure we came back with a bang. That’s basically what our new album is, a big comeback and an introduction to a new, more creative and refreshed Wild Horse that’s ready to take the world by storm.

This album seems to take inspiration from a lot of different sources, and is a lot more mellow than your last album. What’s behind the different direction?

This album is definitely more mellow and that is down to a few things. Firstly, we didn’t want to be perceived as just a rock band anymore and wanted to push the boundaries as much as we possibly could. We wanted our first record back after covid to be one that would make people dance, hence the strong disco and 80’s influence. Also, we took a new approach to writing and creating music in not only taking the reins on production, but also because Jack (our main songwriter) taught himself the piano over lockdown and began writing songs on there, which gave us a whole new feel. From there, synths became a much more integral part of our sound and we became really obsessed with creating an atmosphere in our music and trying to make our fans really feel something when listening to our music.

Our previous albums were all recorded quite quickly, whereas this one took us over a year. The main difference is that every single tiny note and lyric on this album had so much thought put into it, which is why we’re so proud of it. 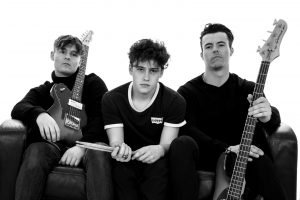 I have to ask – what do you do when the pool is occupied?

Well, the album name ‘When the pool is occupied’ is actually a metaphor for self-love. We realised that this was the theme of the album quite late into the making of it. When we started writing the album, we were not in the best place personally, with lockdown giving us anxieties about the future and the direction we were going in our lives… as we were nearing the end of making the album we were in a much better place as the whole process of making the album actually taught us a lot about ourselves as we decided to make it the most honest record we’ve made. So the album has become a musical imprint of our journey to self-love and happiness, which we hope everyone who listens will be able to relate to!

Nov 26th : Wild Horse are delighted to be playing at Hasting Fat Tuesday in conjunction with the wonderful Melita Dennett & BBC Intro South. This event will be open to 14+ age which is fantastic and will please several our new followers.

The night will be hosted by Melita and BBC Intro South, and promises to be a banger!

Get your £3 pre-order tickets here!

Dec 5th: Wild Horse are back at one of the favourite venues the Iconic Prince Albert in Brighton, supporting the superb Little Triggers from Liverpool.