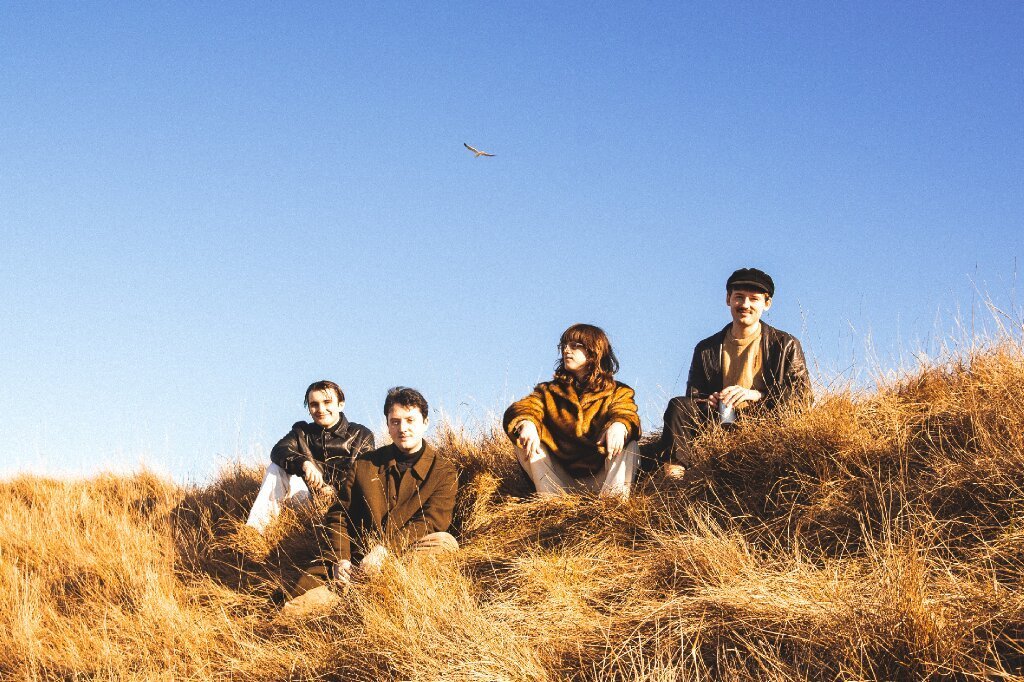 FUR are not a band who like to do things by halves. Since bursting onto the scene with 2017’s viral If You Know That I’m Lonely music video, the retro visionaries have amassed 30 million plays across Spotify and YouTube, garnering support from BBC 6 Music, Radio 1’s Indie Show, and the NME to boot. With a new album release in the pipeline for later this year, we spoke to the boys about The Beatles, Brighton and how to celebrate getting a record deal.

FUR · If You Know That I’m Lonely

As it was for most, 2020 was a strange year for the band. Instead of embarking on their usual touring circuit, they found themselves recording a 7-track EP, Facing Home Mixtape, all from the comfort of lead singer Murray’s living room. “It almost felt like you could get away with recording it all yourself with minimal equipment, because there was no other option at that point”, he says. But they were always confident they could recreate their signature sound, complete with the fuzzy 60’s guitar and crooning romanticism they’re best known for.

Being used to a way of recording that involves recreating and perfecting old demos, all that was left to do was enjoy a familiar creative process, in very unfamiliar circumstances. “It kind of reflected what was happening at the time”, says bassist Tav. “Just making the most out of what you could do.” 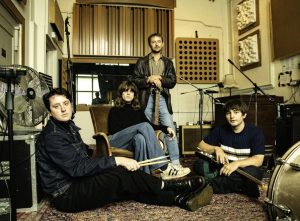 Making the most of music is something guitarist Flynn is more than qualified to talk about, laughing as he tells me his Last.fm showed that he spent lockdown listening to “three times the amount he listened to in 2018 and 2019 combined.” “I think you needed music”, he says, “because it was a long year to just be alone with your thoughts”. As someone who considers himself a slight “outlier” in the band in terms of taste, it was also a chance to revisit some of FUR’s core influences, like The Kinks and The Beatles.

The latter, however, are a slight bone of contention for the boys. A lot of FUR’s listeners draw parallels between their sounds, and when I ask if they feel slightly pigeonholed by that comparison, they’re all quick to nod in agreement. “There’s a difference between a band influencing you, and you sounding like someone,” Murray says. “Obviously, there’s similarities to an era, but I think we are much more than that”.

And that’s what they’re hoping to show on the upcoming album. With the release date still under wraps, all they can tell me is how excited they are for fans to hear it. Murray tells me we should expect to hear elements of “almost every decade on there”, as part of a conscious effort to push themselves and experiment with their sound. And as for the pigeonholing? “It’s the opposite of that,” Murray assures me. “Hopefully, anyone who thinks we’re a bit of a one trick thing will be disproved.”

The track in question is undoubtedly the viral hit If You Know That I’m Lonely, with the video now sitting comfortably at 18 million views on YouTube. Overnight success is considered a pipe dream for most musicians, but after playing to a modest crowd of 160 people at Sticky Mikes Frog Bar, the success of the video saw the boys fly out to Jakarta just three weeks afterwards, to play to a crowd of 5,000. While we’re touching on musical cliches, I ask if that song will become their Wonderwall – a total fan favourite that they’re slightly tired of playing. Flynn admits it’s already reaching the point that it doesn’t feel like their own song. “I feel like it belongs more to the people that love it so much. It feels weird when we play it live, like we’re covering a song,” he says. “Sounds like it too,” chimes in guitarist Josh. 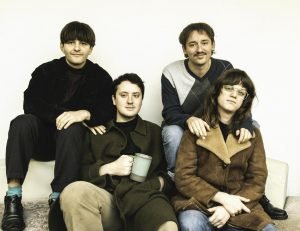 Cover songs aside, it’s clear they can’t wait to get back to playing live, in the place it all started. “I feel like from the start,” says Murray, “forming in Brighton and playing all the early shows, we just felt like we could do what we wanted and be accepted.” They’re set to play at the Prince Albert in November, and there’s a mixture of anticipation and excitement amongst them. Tav says it’s not just limited to musicians either. “Everyone’s kind of apprehensive that the world is going back to normal, but all you can do is embrace it.” Whereas for Murray, most of the apprehension lies in wondering if the gigs will go ahead, because it’s a crucial time to get back on the stage and showcase all the new music they’ve been working on.

But the new album isn’t the only thing they’ve been busy with. Last October, they signed a record deal with Boy Pablo’s label, 777 MUSIC – and have just released their brand new single The Fine Line of a Quiet Life. Instead of boast about the achievement, they take a moment to think about the bands who weren’t as lucky. “I feel for a lot of bands,” says Flynn. “It’s been such a rough time; they’re just stagnating against their own will. I think, fortunately for us, we rode it out quite well. My heart is with bands that have really struggled, or bands that were just about to come up, but needed the push of those live shows.”

In true 2020 style, even their signing wasn’t done in person. “Very of the time wasn’t it,” says Josh, “that the label were there on screen, and we were all in one room drinking the champagne they’d sent us.” Their warnings that I didn’t want to know how their celebrations ended were a decent indication that they didn’t let the online nature of it all dampen the revelries. But would we expect anything less from a band who had such a meteoric rise? “To be honest,” says Flynn, “we play a gig somewhat badly and celebrate it like we just signed a record deal. We’re good at taking everything to the absolute fullest we can.”

Like I said, they don’t do anything by halves.

Listen to FUR on Spotify

FUR are playing at the Prince Albert on Nov 25th: Grab Tickets here