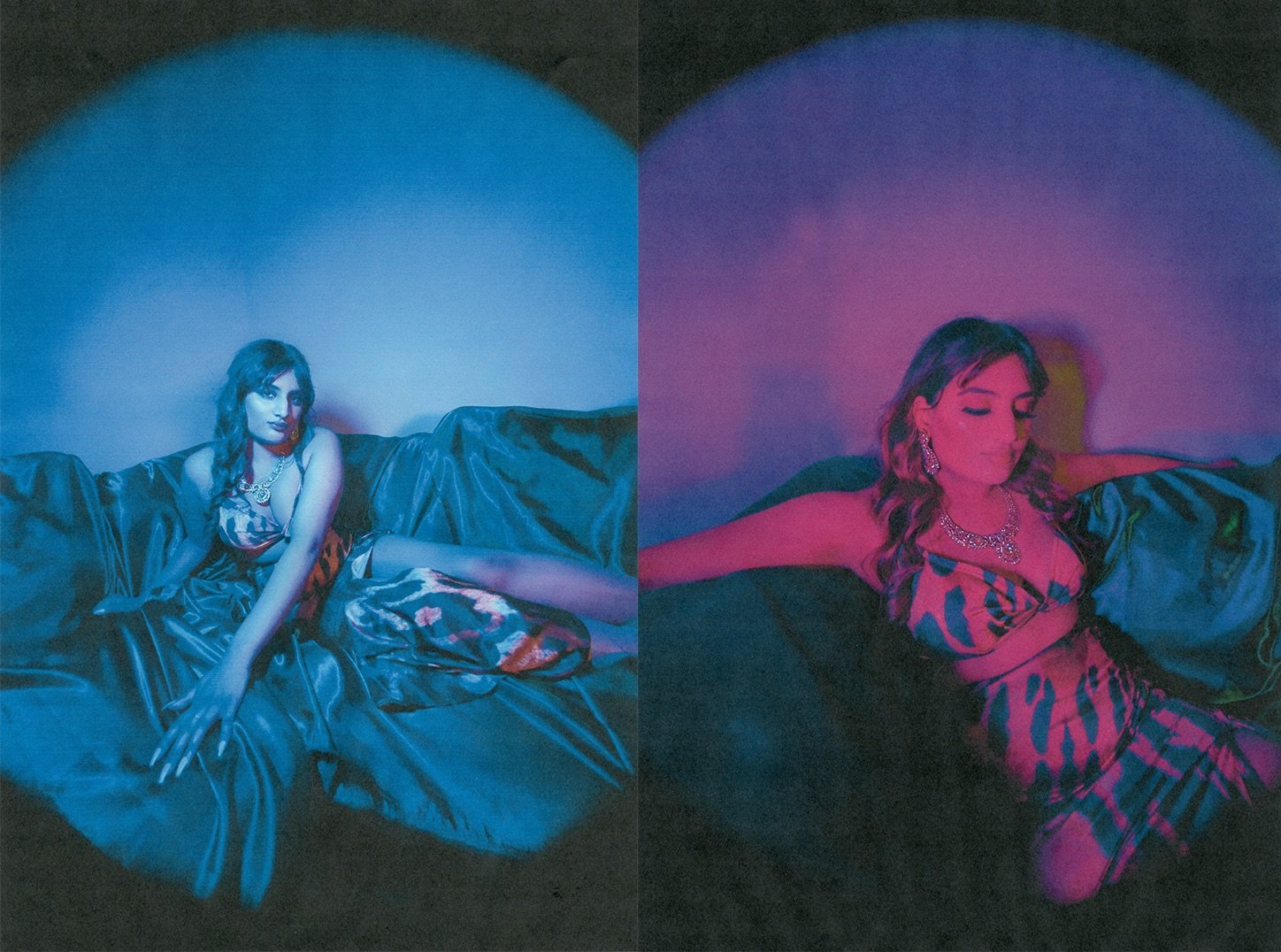 Chandni is a Brighton based songstress, bursting with raw emotional energy and one hell of a powerful voice. Her considered approach to songwriting with bestie Antoni “who’s basically family” produces songs that are deep, meaningful and thought-provoking. Chandni’s gentle manner while chatting with me was a much needed breath of fresh air. I loved spending the afternoon with her and will be looking forward to whatever she brings to the table next!

Your new release, Closure… What a funky dance track, it transported me right back to the noughties when the world was run by Beyoncé, Alicia Keys and Mary J Blige…. A simpler time! What’s the story behind it?

Aw thank you, I love that! Last year a few friends of mine were all in the same place of healing, so the topic of closure was heavily present in our minds. I later found myself keeping track of what all my loved ones were saying, when I asked them… ‘Do you believe in closure?’

I got loads of different responses from my friends and family, some absolutely did believe, and thought they had found it themselves – some thought it didn’t exist. But what I did find was that they’d all at one point experienced a feeling of ‘sitting 50/50 in between their emotions’. Feeling like they couldn’t move in any one direction because they were so conflicted by their emotions, present and past. And honestly, it opened my eyes to the number of occasions that I’d also felt this exact way…

So that’s what started the writing process for me and Antoni – my co-writer. Overall we took an artistic approach and tried to replicate its feeling lyrically and instrumentally..

“Half a mind keeping me close to ya, half a mind that’s telling me to run, run, run…”

There’s this rawness to your voice that I love, I feel that I can glimpse your emotions running just beneath the surface of the track. Where does that come from?

Soul music for me has always been one of my biggest inspirations growing up, you could say I’m a huge fan of vocal expression! I’d say it also comes from my attachment and connection to the writing process..

Growing up, what really inspired me was when you could hear the pain in people’s voices, the grit and the growl, the emotional freedom in vocal expression. That has been such a big inspiration for me to emulate.

Also I’m really attached to the stories that I write about – I’m very connected to what I have to say. So when I decide to write about something, to condense that story and tell it in just three or four minutes, I need to confront my emotions and really dissect them. I’m finding that with such heavy topics, it helps to do my research before writing, and try to discover and relate other people’s stories too, as well as my own.

Music is such a beautiful thing, it’s able to make you feel less alone and to bring you close to people that you might not have found a connection with. It’s one of the things in the world that brings unity to all.

This is quite a departure from your last track, slow and soulful Eye to Eye, which you recorded during lockdown as part of the ‘Songs From Our Rooms’ collaboration. How did you get involved with that?

Originally Eye to Eye was written in the last part of 2019, but I only had the verse and the first chorus done.. And it stayed like that for months!

When we went into lockdown the first time, it was so foreign – for everyone – to be alone, and relationships in general went through their biggest test. Eye to Eye was all about relationships and communications at its heart. We all had to trial so many new forms of communication with our loved ones, some of us went months without seeing their faces. Coming to terms with that, and learning how to see eye to eye despite circumstances, is what the song is all about.

My best friend Hannah Halfpenny, who’s also a musician, asked me if I wanted to be part of a collaborative project called ‘Songs in our Rooms’ – to raise money for The Trussell Trust, who support 1,200 food banks across the UK. At that point I had a lot of emotional energy and it felt like it was perfect timing to have come to me!

Then in April 2020, my dad passed. Suddenly Eye to Eye became part of my grieving process… It’s emotional for me to listen to the recording now – I can hear how raw I was in that moment, recording in my bedroom. I think everyone has their own obstacle that they are trying to see eye to eye with – I hope this song speaks to them.

Do you produce the tracks yourself?

So far me and Antoni Franco have built the tracks together from scratch with the later involvement of live instrumentalists. For example, Luke Montgomery (Saxophonist) and Chris Goodchild (trumpet) were the real stars of Closure! We love live music, it’s something we see being a big part of future releases.

You recently gained attention from the BBC Asian Network – what has your experience of being an Asian performer in the UK been like?

I’ve had nothing but love and support from communities of colour – it’s also been amazing to see more upcoming South Asian artists come into the mainstream scene.

There have been a few South Asian artists who have reached out to me, and it’s so nice – we all have each other’s back in an industry where we don’t get that much representation and acknowledgement.

I love that you seem to be able to jump from genre to genre – What’s next for you, recording / releases / live performances?

Aww thank you!! I love experimenting with sounds… despite it being a little scary! But I never go too far from myself, it’s still my lyrical approach and vocal approach. Antoni and I have our first headline show coming up on December 17th, ticket details will be up sometime this month on all of my social platforms! In terms of recording and releases – we have a few things lined up, there’ll be a lot of sneak peeks and exclusives during the Brunswick show!

@chandninayee on all social platforms!