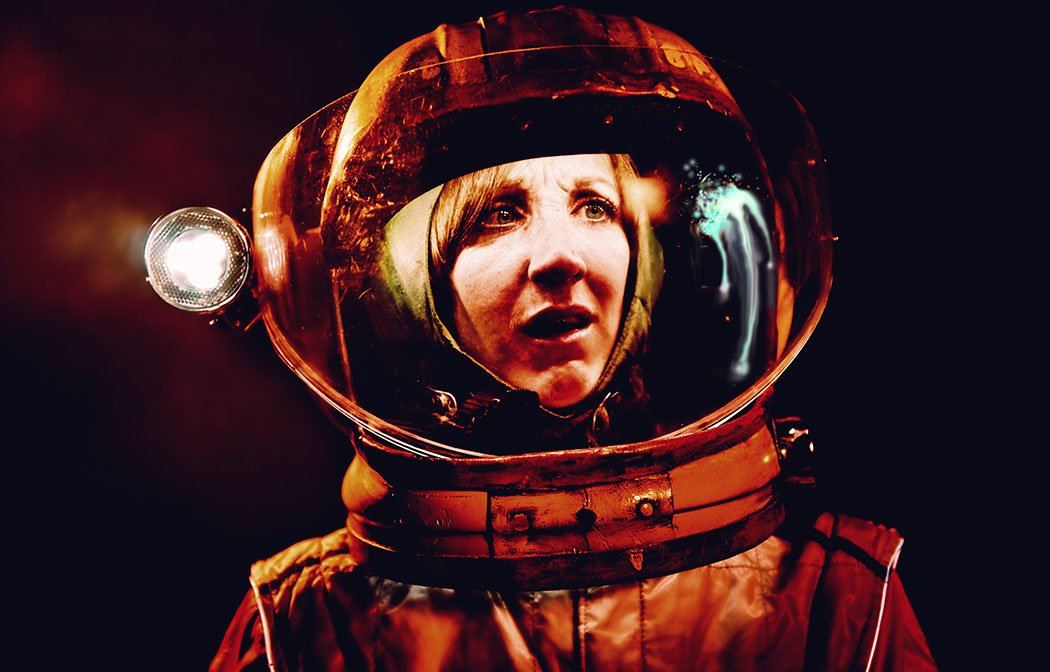 Chris Pine, Green Ginger’s artistic director and performer, has managed to squeeze me into his very busy schedule. As the award-winning performance company perfect their theatrical journey deep within the human body, it’s all hands-on deck.

He first tells me he is currently “500 km above the arctic circle.” He and his company from Bristool, along with some locals, have claimed residency in a small village at the top of Norway. However, he does reveal it has; “three theatres, five theatre companies and an international theatre festival, if you can get your head around that.” This idea of such a small village at the top of the world accommodating that many creative facilities might seem unfathomable. He then explains the abundance of oil wealth and the generosity of their host theatre company, who took a liken to the Intronauts concept, it becomes apparent Chris and his team are in a good place to bring their ideas to life. “We’re slightly spoilt, and as I said earlier, the idea of leaving some kind of legacy here is important to us.”

Our conversation segues into the realities of theatre-making, and how touring with a large team becomes a bridge to burden. “You end up not paying your wage.” Chris suggests a lot of performers do it for the love now. Many of his co-workers must supplement incomes with teaching or other jobs where they can, which is hard. “We’d love to be full-time theatre makers but the reality of that… it’s tricky.”

With Green Ginger, he’s built a strong, 25-year-old relationship with his Norwegian partners. Having previously staged workshops and performances there, as well as three co-productions, they have developed a deep creative connection. Chris enthuses about leaving a legacy in Norway. “We’re not just flying in, taking advantages of their generosity and going off.” Using local technicians, and producers means the company can bring a smaller team from Bristol alongside and give something back to the community.

Their latest conception, Intronauts, is inspired by 60s classic The Fantastic Voyage, and Spielberg’s Inner Space – the idea of shrinking down a miniaturised submarine in the body and sending people called Intronauts to maintain your internal organs. This futuristic premise will be performed by Chris and his puppeteers. Offering little dialogue, the production allows its visuals to relay most of the story. It also allows those with hearing disabilities to equally enjoy the show. Almost every aspect of the show has been beautifully considered. From overcoming language barriers, to what type face they use on the projections.

In a not-too-distant future, people can buy personal cleaners called Intronauts; miniaturised human workers injected into their bodies in order to carry out essential maintenance.  But what happens if your cleaner discovers your dirty laundry And how much do you actually want to know about what goes on inside?

This hilarious and innovative show offers an intoxicating glimpse of what Green Ginger are capable of. Chris and his team are always trying to challenge themselves and push work in unexpected directions. “We could just do the same thing. We have a house style, so we’ll just copy that. But, that would be mundane and a little bit boring, so we want to try new things… to really push us into new and scary places, that’s when the magic happens.”