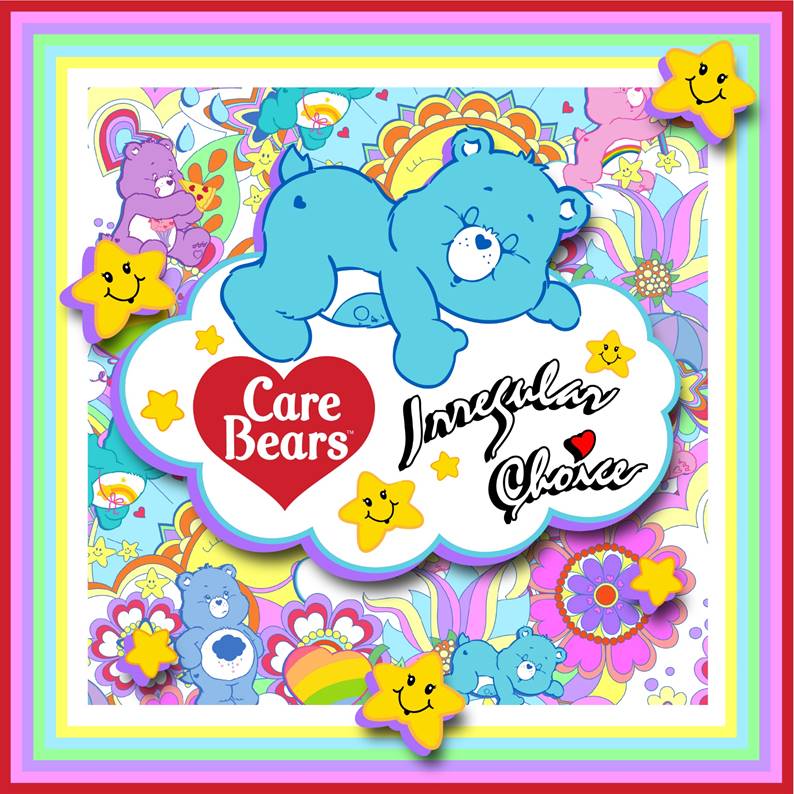 The 35-piece collection highlights the Care Bears’ belly badge powers and spreads messages of sharing, caring, friendship and courage to all. Each style is filled with intricate details featuring the vintage art style, including rainbows, plushie stars, sparkling gems and memorable colour combinations.

“Irregular Choice has always been about spreading joy, playing with colour and having fun”, explains Joshua Sewell, Sales and Marketing Manager at Irregular Choice. “So, skipping through Care-A-Lot,” he continues, “a world filled with rainbows, fluffy clouds and cute, cuddly bears, was a perfect fit for the brand. We had so much fun creating this Care Bears collection and can’t wait to share it with the world!”

You can find the new Care Bears collection, as well as Irregular Choice’s other spectacular collections of shoes, earrings and accessories here.

About Care Bears™
Introduced in 1982 through consumer products, greeting cards, and later a series of animated television shows and feature films, Care Bears is one of the most popular and endearing children’s properties in the world. Fans of all ages love these huggable bears from Care-a-Lot who inspire all to have fun, share and care. The Care Bears first appeared in their own television specials in 1983 and 1984, followed up with a long-running animated TV series and then made the leap to the big screen in 1985-87 with The Care Bears Movie trilogy. More recently the Care Bears could be seen in Care Bears & Cousins, a Netflix original CGI-animated series launched in autumn 2015 and the brand-new Care Bears: Unlock the Magic, a 2D animated series featuring an all-new look and mission for the bears, launched in 2019 on Tiny Pop in the UK and Boomerang and Cartoon Network in the US.

About Irregular Choice
Irregular Choice was created by Dan Sullivan in 1999 as a way to stand out in a crowd. The iconic footwear brand features embellished heels, ornate wood carvings, tiny intricate charms and lavish fabrics with over 600 new styles introduced each year. Irregular Choice can be found in nine Irregular Choice brick-and-mortar stores, through hundreds of stockists worldwide, and online at www.irregularchoice.com.