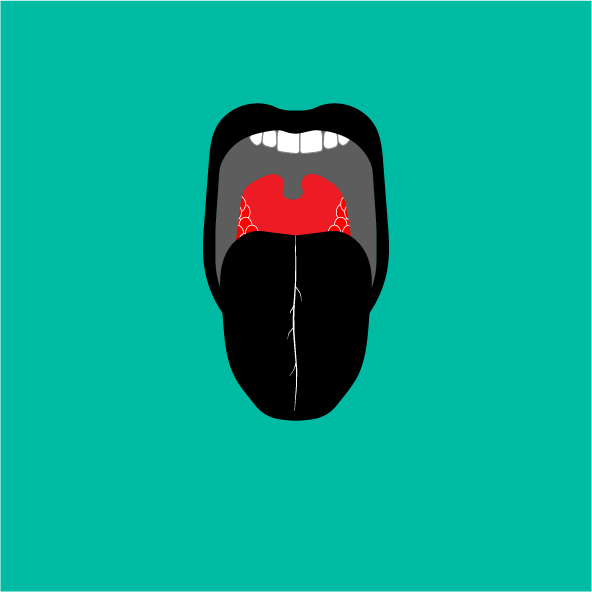 Not to sound like a Moaner Lisa, but as a PSA, I feel this might genuinely help somebody in the future.

If you have mouthwash in your house – throw it out.

Below are the actual words from my doctor after previously being fast-tracked through triage, which should and would make anyone a touch nervous:

“There are so many additives that it’s a car-crash waiting to happen in relation to anaphylactic shock. And you had a reaction, twice.

“With you swilling it around your mouth you were potentially half an hour away from death.

“The second time, however, if having swallowed some; perhaps maybe just a few minutes.”

I’d stupidly used it again before my second check-up as it seemed only fair to freshen my breath for those unfortunate to be poking around my mouth. Plus, I’d used this particular mouthwash for years.

The doctor then did what many do and looked at me like I’m a moron. Though having used it twice now; he definitely had a point.

“It’s a good job you came in when you did, I can tell you that using that was almost terminal.

“I can see from your records that you’re a journalist, and therefore could potentially tell more people about this than I can.

“I’ve seen this many times with exposure to mouthwash that includes chlorhexidine.”

For those who don’t know, chlorhexidine is a chemical antiseptic and disinfectant that is known to cause allergic reactions.

Yet it is found in a multitude of products, from mouthwash and toothpaste to skin cleansers and deodorant. It’s also what they use to wipe your skin before injections.

Seems strange to put it in mouthwash and moisturiser.

It turns out what I had was called a “phenomenal reaction.”

Though contrary to what the word “phenomenal” might suggest – having entered the zeitgeist slightly differently now – this wasn’t as amazing as you’d think.

And while relatively uncommon, people getting mild to severe reactions is currently on the rise.

So now, here I am, surrounded by steroids and EpiPens (pictured below) – harassed by incandescent blasts of unrelenting and unpredictable agonising mouth pain. 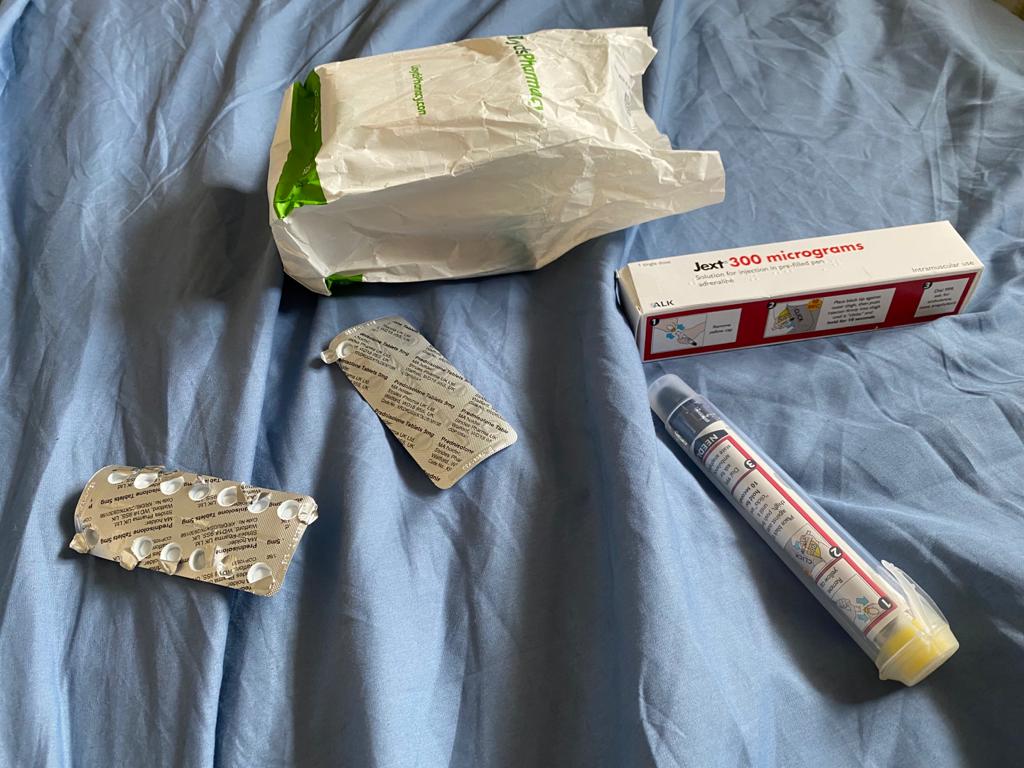 Taking on board his advice, it feels important to do as per requested and therefore tell more people.

All I turned up to at A&E with was a swollen tongue.

I wasn’t even going to bother with the drive as it seemed like nothing major and a waste of both my time and theirs.

And while I’ve interviewed a few career criminals and politicians in the past who might want to see me dead due to what I’ve written about them – and certainly knowing a few other people who probably wouldn’t shrug at witnessing my demise either – there was one crew who actively stuck with me and kept me alive without even knowing me at all.

I’d just like to say a massive thank you to them.

Not just for helping me be less dead this week – which I must admit has been beneficial in continuing with my other more trivial tasks – but for the countless things they’ve done for myself, my family, my friends, and other people I love that they’ve saved or at least helped across the years.

Like others, my year has been horrendous for too many reasons to count, so I can’t imagine what it’s been like for them to not only be dealing with their own stresses, but working tirelessly on helping ease everyone else’s.

If I had arms big enough, I’d hug the whole lot of you. Twice.

This article probably should have ended here. But having sent this letter vicariously in my mind, and with a job that lends itself to inquisitiveness, I decided to research how fortunate I actually was.

It turns out it’s rather fascinating delving into how much it would cost to have almost died elsewhere.

And without it, almost dying there could have potentially run into the tens of thousands.

In stark contrast, the NHS saved my life for a mere £18.70 including VAT due to needing two prescriptions.

Now I’d like to think my going rate for not being six feet under would be a touch higher than that, but it’s probably just an arrogance thing.

And being the kind-hearted people they are, the NHS refused to budge on the cost.

So, considering it kept me undead, I’m more than happy to keep paying my taxes to keep it alive.

It is in comparison to privatisation.

Research has shown the main cause of bankruptcies in the US is medical bills; some studies showing it could be as high as 62.1%. 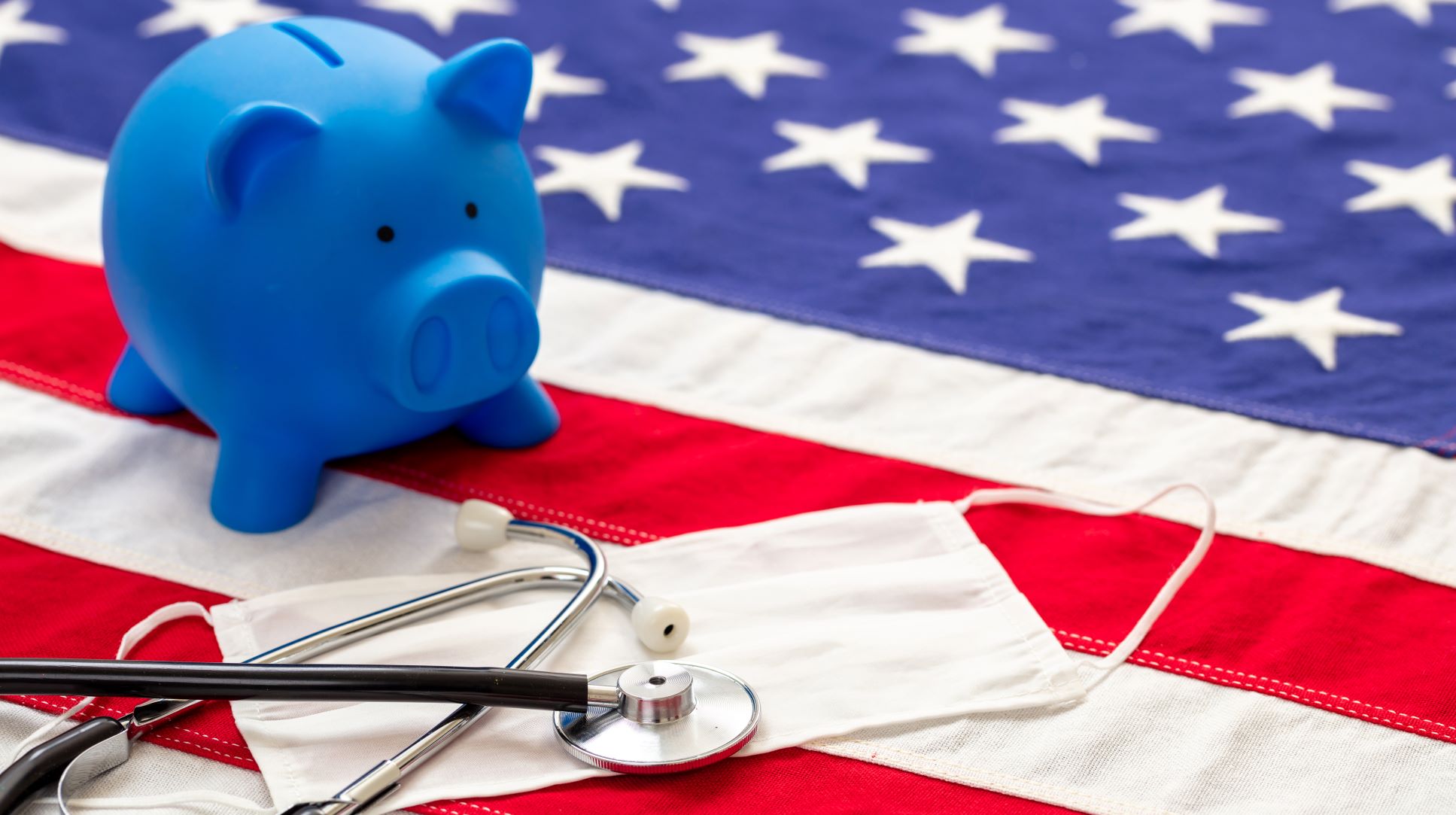 That’s almost two thirds of those people who’ve lost everything to save themselves or someone they love from being unlucky or unwell.

The fact that’s even a fact is an abomination.

Digging a little deeper, I spoke to my friend Lindsay, 41, from Florida, USA, who mentioned the cost of having one of her children.

“That included all out of pocket medical expenses – the large majority of which was my daughter’s birth and hospital stay at two weeks.”

6 Tips to Boost Your Self-Esteem While at College

If I was giving birth, firstly – being male – I’d be understandably confused; but secondly, I’d definitely want that epidural.

Lindsay also mentioned the cost of having to take her two-week-old girl to hospital after she spiked a fever and needed a spinal tap and IV antibiotics which necessitated a 48 hour stay.

“That situation alone would be terrifying enough for any parent,” she said.

Not exactly pocket change for a parent whose sole panic and concentration should be on caring for a sick baby who just had an invasive medical procedure.

Her friend, however, was not so fortunate.

Lindsay continued: “That same year in Miami, my friend who gave birth prematurely a few weeks after me, with the same insurance, had her son in the NICU and got a $92,000 (£67,031) bill for just part of her son’s stay.”

Not to be too harsh on the US Healthcare system, and to get a bit of journalistic balance, I mentioned these costs to a friend in the UK who just had a baby herself (with a planned C-section).

“My birth was completely free,” said Clara, 33, from Brighton. “All I had to pay for was the parking at the hospital.

“The labour took 44 hours, with at least eight midwives over two-three different shifts.”

Clara also mentioned that all women in the UK get home visits afterwards, too, “and they get it for free.”

That dichotomy sounds almost comical, doesn’t it? It really isn’t.

People don’t really know what they have until it’s gone.

Now of course, while much of the UK’s health care costs come from tax, it’s an incredibly complex issue. Though in the US, they pay tax too – but with the added cost of paying health insurance of which the average monthly payments are currently $495 (£361).

With the outsourcing of PPE to private firms, to the extortionate, yet marginal results of the Track and Trace scheme, the costs in both figurative and literal terms are exponential.

That is a slippery slope to which the angle is growing ever more acute.

And not to get too politicised, but anyone involved with, or who feels the inclination to vote for parties who advocate the privatisation of such a stunningly empathetic and yet monumentally undervalued bunch of heroes, who rather than wear capes, just dutifully put on scrubs every day – shame on you.

So unfortunately, with the whole “me still being alive thing,” for those who think that privatisation is the right path for what’s already the best health care system on earth, I’ll be coming for you, however my work allows me.

PS: remember to throw out the mouthwash, kids – I’ve heard from some of the best doctors on the planet that just swilling warm salt water works perfectly well.

That way you’ll likely still get kisses at the end of the day, but they won’t be your last.

And be grateful, that currently, you don’t stand to lose everything just because of bad luck.