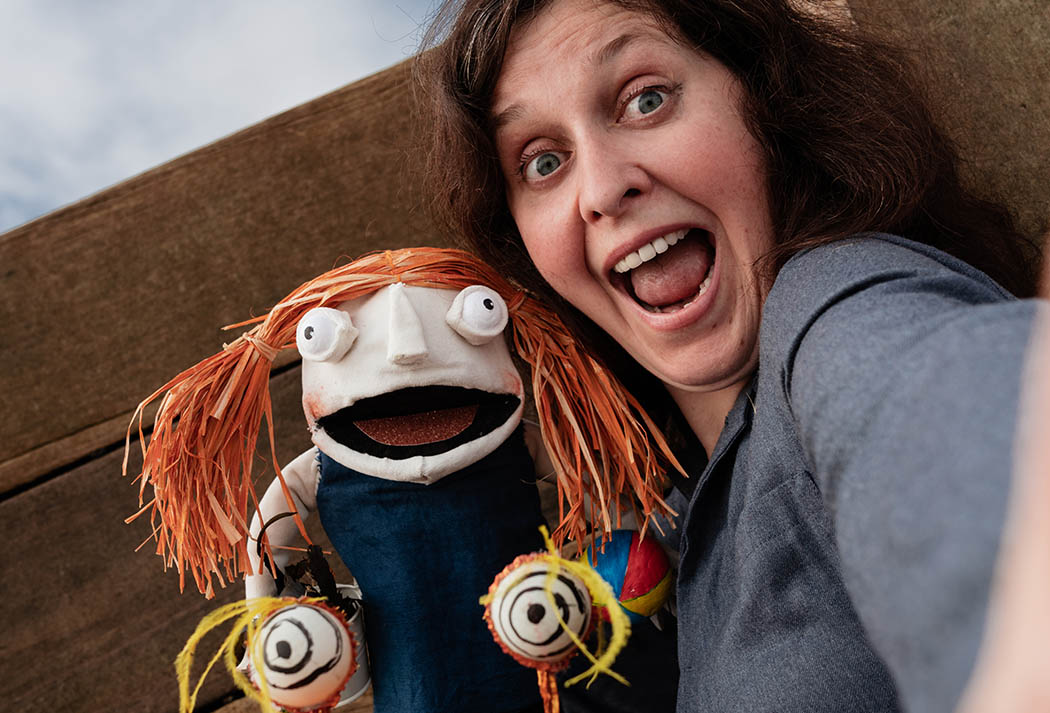 Character comedian Joanna Neary puts her observational brilliance and off-kilter wit to work in a new interactive show for children aged 4-8. The Crab Prince sees the Award-winning character actress on a mission to inspire children to be creative and express themselves through making things and making things up, just like she does.

As well as winning multiple plaudits for her comedy work, Joanna is also an illustrator, pod-cast maker and star of CBBC’s So Awkward, in which she played Miss Jones The Moustachioed Librarian. She began making lively, interactive, art-based shows for children last year, touring them alongside her own comedy shows. “The Frog Prince is one of my favourite traditional Grimm Brothers’ fairy tales,” she says. “I chose this story and added a seaside twist, as I’ve always lived by the sea and loved the rock pools and wildlife. It’s so much fun making the crab creature quite disgusting; the audience love it when the Crab is gross. I wanted to put the children off thinking a crab makes a good pet.” 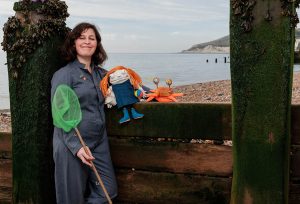 With original songs, puppetry and play, The Crab Prince sees two performances on Sun 3 Nov at Brighton’s Komedia. It’s profoundly about friendship, home and the environment, with the chance for the audience to help save the day. Scuttle The Crab longs to be human. Can little Lucy help to make his dream come true? Should Scuttle The Crab be careful what he wishes for? Meanwhile, Marina The Marine Explorer needs help to make life in the rock-pools good again for all.

The script was co-written with Joseph Nixon, who recently took his Jaws-inspired play, The Shark Is Broken, to the Edinburgh Fringe. The pair developed a couple of improvised places in The Crab Prince, where the children help decide what happens next. “One of the most unexpected things that’s happened in the show so far, was when the whole audience of children ended up on stage for the final scene, doing the show with me and their puppets, and all of us bowed to the audience of cheering adults. I love combining storytelling with hands-on making and watching how the kids express themselves so freely. There’s always an amazing array of puppets at the end of the show. It’s easily as rewarding as stand-up comedy!”

Once upon a time on Something Street…