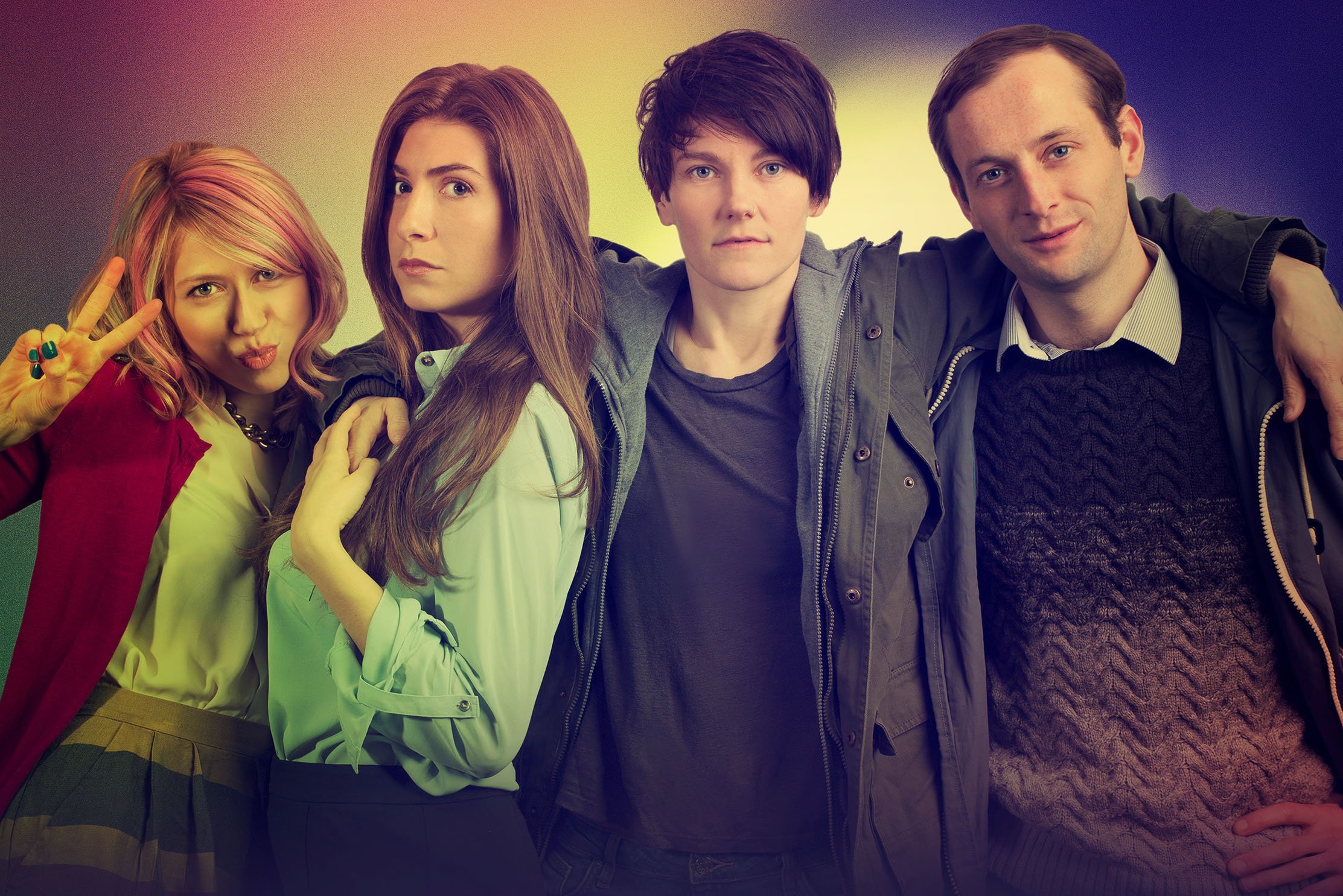 Gender and identity have continued to be at the heart of theatre since performance began in the ancient Greek era – but how integrated is it today? Noticing the absence of trans-inclusive narratives, playwright, John Brittain, conceived the concept for Rotterdam after several of his friends transitioned in the 2000s. Actor and award-winning Drag King performer, Lucy Jane Parkinson, spoke about the interplay of the social and political ramifications of transitioning while in a relationship. The production comes to Theatre Royal Brighton for three dates in April as part of an extensive UK tour.

Set at New Year’s in Rotterdam, lead character Alice decides to email her parents to tell them she is gay. Moments before she hits send, her girlfriend, Fiona, announces he has always identified as a man and wants to start living publically as Adrian. Starring as Fiona/ Adrian, Lucy said being non-binary meant the role was not totally unfamiliar territory for them, although they had never had to make the decision Adrian has made: “For Adrian, they’re really set that they want to be seen and viewed as a man. With that man, it’s sort of like that binary idea of what a man is to Adrian.”

The play’s direction comes from Olivier Award-winning director, Donnacadh O’Briain. Lucy explained how the creative team emphasised a much more diversified cast for this production: “It’s great to not just have trans people playing trans roles, but it’s great to have trans people having access to all auditions. At the end of the day, it’s just down to not always being regarded to that passage of trans.” On this tour, a trans man will be playing the character of Josh, a cis man’s role, which Lucy believes to be incredibly empowering.

Brittain’s Rotterdam is not Lucy’s first opportunity allowing them to unpack gender in their acting role. Starring in the one-person show, Joan, the story of Joan of Arc was reimagined as if she was non-binary. Lucy was able to use their own history as an influence for the role: “I’m just happy to not have to feel like I need to fit into a heteronormative dynamic. I’m happy to feel who I am and around my masculine and feminine energy and just roll, either way, whatever day.”

While addressing complex themes of gender and sexuality, Rotterdam has many comedic moments. “I think having some comic relief can really pull the audience in and allow them not to feel like they’re being told what to think. If something’s heavy all the way through, you can disengage.” Lucy explained how many existing trans narratives revolve around characters trying to fit into a heteronormative world. The play channels similar themes through comedy to lift the story from sombre undertones.

Trans and wider gender discourse are now discussed extensively within Internet communities and other digital medias. Lucy agreed there is more conversation than ever to support young people grappling with their identity: “They can now find even role models that they can look to and find some peace. That’s what it’s about – it’s about finding some peace within the journey that is becoming themselves.”

Lucy described Rotterdam as a “turning point” for theatre. Inclusion for non-binary and trans actors is trickling into mainstream theatre – but are these attitudes evolving quickly enough? “I think if we go too fast, things can get lost and out of control. These identities are being included and they’re having some light shone on them, and there’s voices here there and everywhere. I think that’s what really matters.”

Rotterdam will be performing at Theatre Royal Brighton as part of its UK tour on Mon 8 – Wed 10 April. Tickets are available from ATG Tickets.