The follow up to his widely- acclaimed HyperViolet, it continues a ground-breaking career which has seen collaborations and work with Beyoncé, Stevie Wonder, Steely Dan’s Donald Fagen, Warren Haynes, Wynton Marsalis, The Levon Helm Band, Tune-Yards, Sister Sparrow & The Dirty Birds, Escaper and his own prog-jazz outfit Scurvy, among others.

Using only a saxophone and a handful of electronic devices, Butler recorded all of Thirteen Dances in real-time, without the aid of samples, loopers, overdubs, or prerecorded materials. Unlike most musicians who work with dance, Butler uses a wireless microphone to move with the dancers on stage, blending the music, the dancer, and the daydream.

Ahead of Thirteen Dances’ release on Fri 12 March, BN1 caught up this jazz-fusion luminary to find out how he’s pushing his musical form onward.

The world is a very different place at the moment. Did this impact how you approached Thirteen Dances?

Completely. All of these pieces on Thirteen Dances were written for dance and normally I’m dancing, too. To release Thirteen Dances as a solo instrumental album is essentially taking the work out of context and removing the visual element. It’s like

listening to a film soundtrack or a musical. I think the energy of being in New York during the pandemic definitely comes through on certain songs in particular. I wrote the song No Ice Cream with dancer/choreographer Gwen Gussman during the height of the New York City COVID wave back in April, which now looks like a long time ago. The energy in New York at that time was very grim, and you can really hear it in the music, this austere vibe. I’ve never written anything quite like that before or after. I can’t even recreate it. I practice the song from time to time, but it doesn’t feel the same. I’m not living in that moment any more.

Across your career, you’ve worked with an esoteric selection of music’s most compelling names. Do you feel they’ve each added something to your personal style?

Definitely. Like many musicians, I love to work with a wide variety of musicians, dancers, visual artists, et cetera. I feel very lucky and privileged to have worked with many of my childhood heroes and the impact they’ve made on my is beyond words. I think more than style, their vibe rubbed off on me. Some musicians come roaring out of the gate with this insane energy on stage. Once you get a taste of that feeling, you can’t go back. 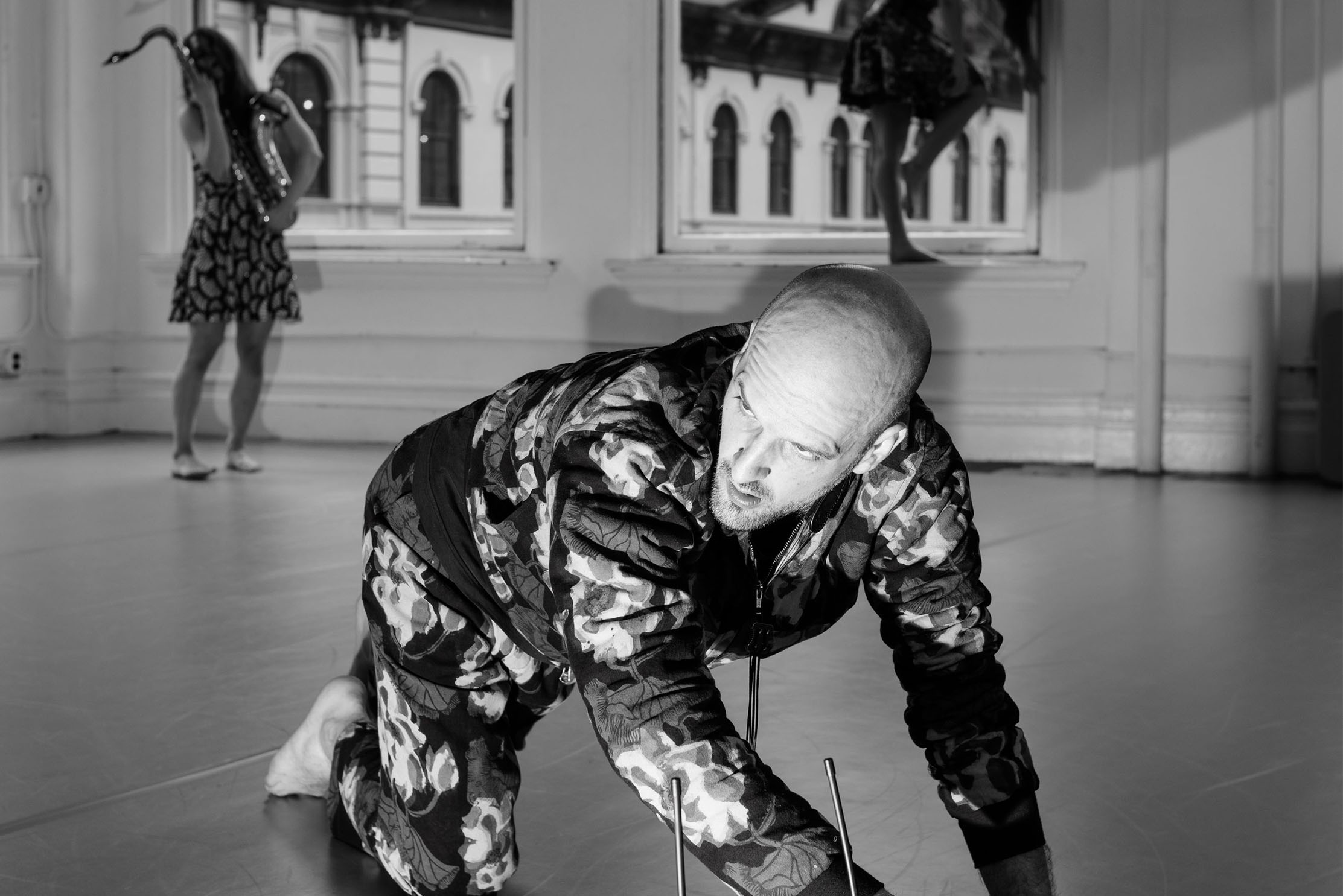 Is there more pressure in being ‘front and centre’ your own music, or are you unswervingly confident in your vison?

I used to hide when I was playing for people. I’d hide behind a laptop, a song, a front person, a barrage of technique. I used to always wear hats. But something changed when I started dancing. That changed everything for me. It opened up a channel to feeling, to affect, to myself. My goals completely changed. I stopped trying to follow other people and embraced my own practice. My ideas about music changed also. I stopped trying to

impress people and simply did what I wanted to do.

Can we draw comparisons with your work to that of experimental composers like Steve Reich and Phillip Glass? Links might not seem obvious at first, but there are shared ambitions regarding technology, progression and development of rhythm.

That’s a very astute observation. I draw a huge amount of inspiration from the minimalist composers like Steve Reich, Phillip Glass, Morton Feldman. For me personally, I would add the ambient albums by Brian Eno and Robert Fripp, Bon Iver’s work with Chris Messina, Squarepusher, and those first few solo albums by Tyondai Braxton. Also, Andre LaFosse. Not many people know who he is, but I consider him the best instrumental looper in the world and his website literally explains how he does it. Incredible. No other musicians does that.

And, one of my mentors (who plays in Steve Reich’s group), Todd Reynolds. He was one of the first people who really understood what I was trying to do and encouraged me to go for it. I can’t thank him enough for that.

It seems like there’s a lot more saxophones in current music, not least to a new-found excitement around jazz-fusion. Are you pleased the instrument has managed to shake off the tired Cagney & Lacey/Baker Street tropes?

Ha! Well, when I was thirteen I had really long hair and people would jokingly compare me to Kenny G! Nowadays I’m happy to hear lots of new things going on with saxophones. I think my good friend Matt Nelson is doing some amazing work on his own and with the group Battletrance. They’re really pushing the saxophone into a new dimension. They have a very different performance practice than I took on Thirteen Dances, but I find their work very inspiring. I also frequently get compared to Colin Stetson, who’s a complete beast. Our music is totally different in sound and approach, but I take it as a compliment.

Your embracing of technology, to enable sampling and loops, seems true to the experimental ethos of jazz. I’ve a strong argument that Getz, Coltrane and Rollins would have been adopters… Is there any resistance to this evolution in creativity from the more traditional corners of the genre?

I actually have a nice story that might answer this question. At one of my last performances before the pandemic, Joe Lovano walked in right before our set. Keep in mind, when I was 17, I would sneak backstage to hear Joe play. Now, here he is at my

show. One of the titans of jazz for the last 30+ years. I was nervous, to put it mildly. Like, what is Joe Lovano going to think of my set? I played pieces from Thirteen Dances with two dancers, and we did all kinds of crazy choreography. At one point, I literally handed my saxophone over to one of the dancers and crawled around on the floor. But, I also played my ass off and after I got into it I didn’t care if he was there or not. I was there to burn the place down.

After the show, Joe walked straight up to me and said, “You go on, Johnny. Keep doing what you’re doing.” I can’t tell you how much that meant to me, to get his blessing like that. What an open mind. What a generous man. When he left, he turned to me and said: “Vibrations…”

Do you think you’ve even begun to explore the possibilities the form has to offer? Modern recording techniques means we’re able to push harmonic and dynamic complexities even

My biggest limitation is my bank account. If I had unlimited resources, I would love to have a rack of Eventide H9000s. Oh baby, the things I could do with that. There’s so much to explore. And when you add dance, visual language, film, storytelling, the whole world opens up before you. I feel like a kid playing in a giant sandbox that just keeps getting bigger and better. 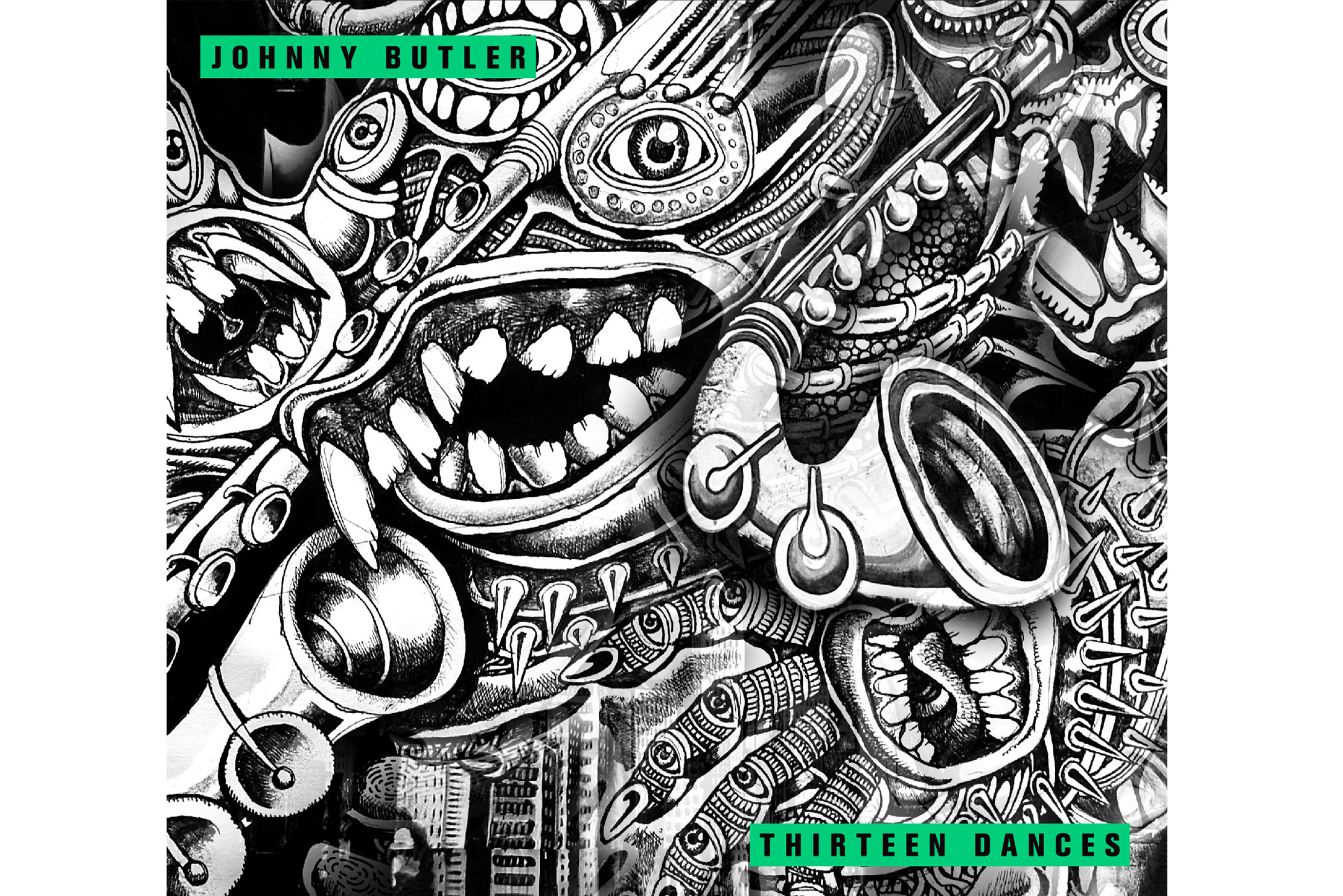 Is it possible to explain the physical and emotional joy musicians get from playing?

I think the best example of the feeling of playing is the music itself. To me music and feeing is the same thing and I think music is extremely revealing. Like, when you hear somebody play, you know exactly what they’re trying to do. You maybe don’t know what the notes are if you’re not a trained musician, but you can “read” a musical performance immediately. We all can. There’s no hiding. When we hear a musical phrase, or a musician play a song, we know exactly what they are trying to communicate. Even in the case of highly trained classical musician who practiced his piece for ten years, we all hear it. We hear that you practiced your piece for ten years. We hear what you did with it. We feel it in our bones. Same as hearing a mother sing. Or when you sing in the shower. It’s a feeling. Music is a feeling, and it’s obvious. Everyone likes to pretend that music is impenetrable, but we all can see straight through it. If someone puts up a mask of musical pretension, we all know it. It somebody plays with their heart on their sleeve, we all hear it. If someone zones during their solo, we all know it. So much of the joy comes from

things outside the music: the venue, the lights, the smell, what we had for breakfast, what we’re doing after the show, what does it remind you of, what are you thinking about, who is standing next to you, is the crowd silent or cheering? etc. Every little detail about the space is paramount, inseparable from the music itself. If you’re feeling joy during a show, chances are the person next to you is too, and so is the performer.

If they’re not feeling joy yet, they certainly will when they see an audience full of joyful people. The vibe in space is contagious, bouncing off the ceiling. You can catch it and will can transform you.

Electronic music outfit Morcheeba are set to perform new material live for the first time, as they headline a...

Morcheeba to return to Brighton for new livestream event

Electronic music outfit Morcheeba are set to perform new material live for the first time, as they headline a...

A child of the algorithmic listening generation, New York City’s Ade harnesses the power of developing technology and some...

Offering a sumptuous collection of simmering electro-pop, Low Island are on the verge of releasing their debut album. Hitting...