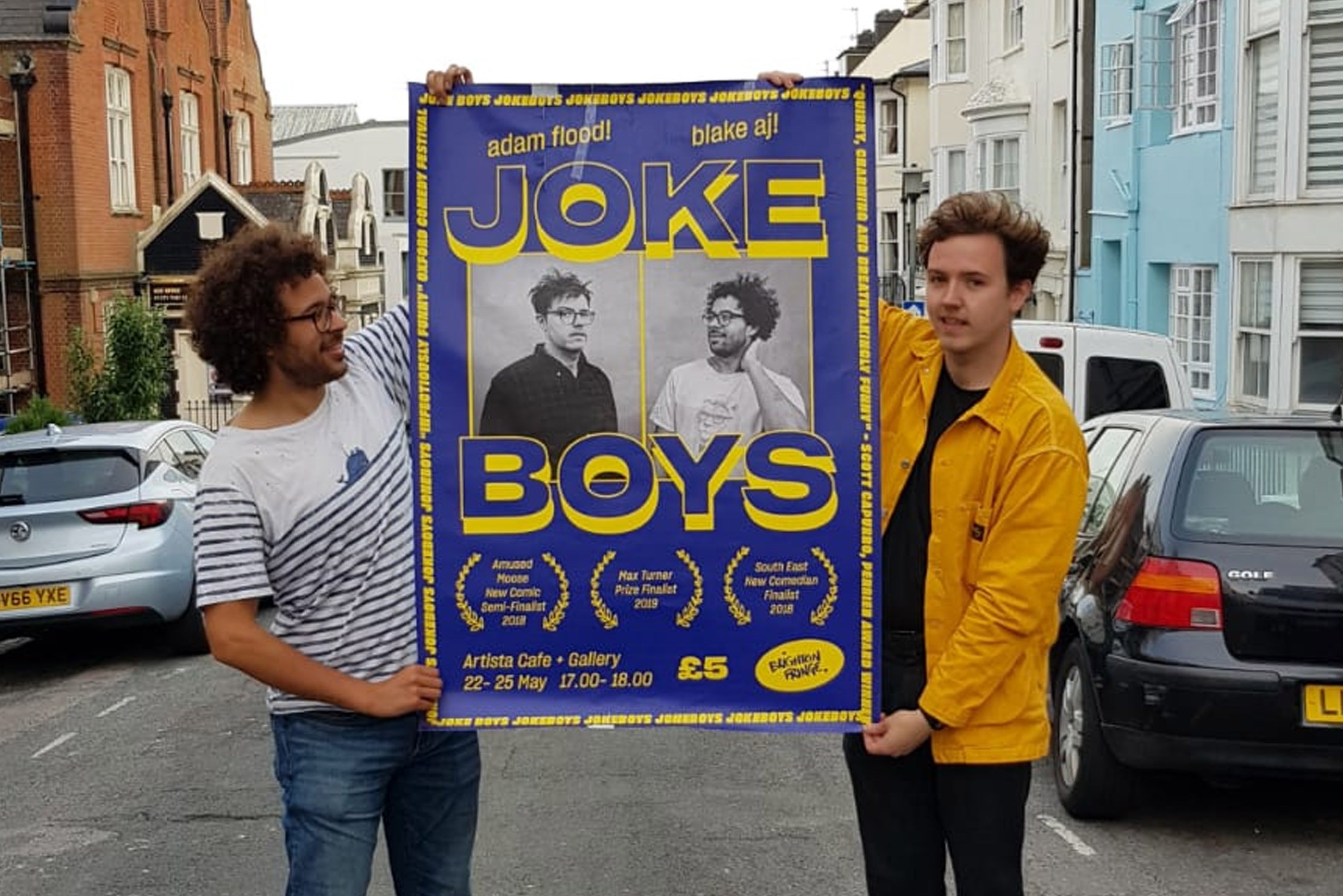 From dog vaginas to fake adults, racist children and genocide,

Joke Boys has all the ingredients of good wholesome (not really) comedy and we even got a live song at the end.

The ‘Boys’ consist of Adam Flood, a Rik Mayall-esque Stoke boy gone posh from uni in the south west and Blake AJ, an Essex boy living in London who loves dogs but not their owners.

The show took place at Artista, which as well as being a studio and gallery, is also a comfortable hole-in-the wall bar with a bijou space for comedy beneath.

After grabbing a drink, I went downstairs and took my place with the international crowd.

Having a South African with bracelets up to his elbows on both arms, a maths graduate from Kent and a Swedish beauty called Senna in the audience, was a gift for these couple of stand-ups.

After a brief intro and bit of a warmer banter slot, Adam went on first.

This man has a great command of accents, a quick wit, bendy body, good sneer and some decent dark humour.

After that, Blake, who reminded me of David Walliam’s carer, Andy, in Little Britain (sorry Blake), regaled us with the joy of renting flats with small bedrooms.

Their sets are a combination of improv and practised material, but either way, the audience was laughing and involved throughout.

This show was light, sniggery and with enough guffaws to keep your attention and forget your week at work.

Their routines are a mix of infectiously funny anecdotal stories plus self-deprecating piss-taking.

Joke Boys have now finished their Brighton run, but will return for the Edinburgh Festival this summer.