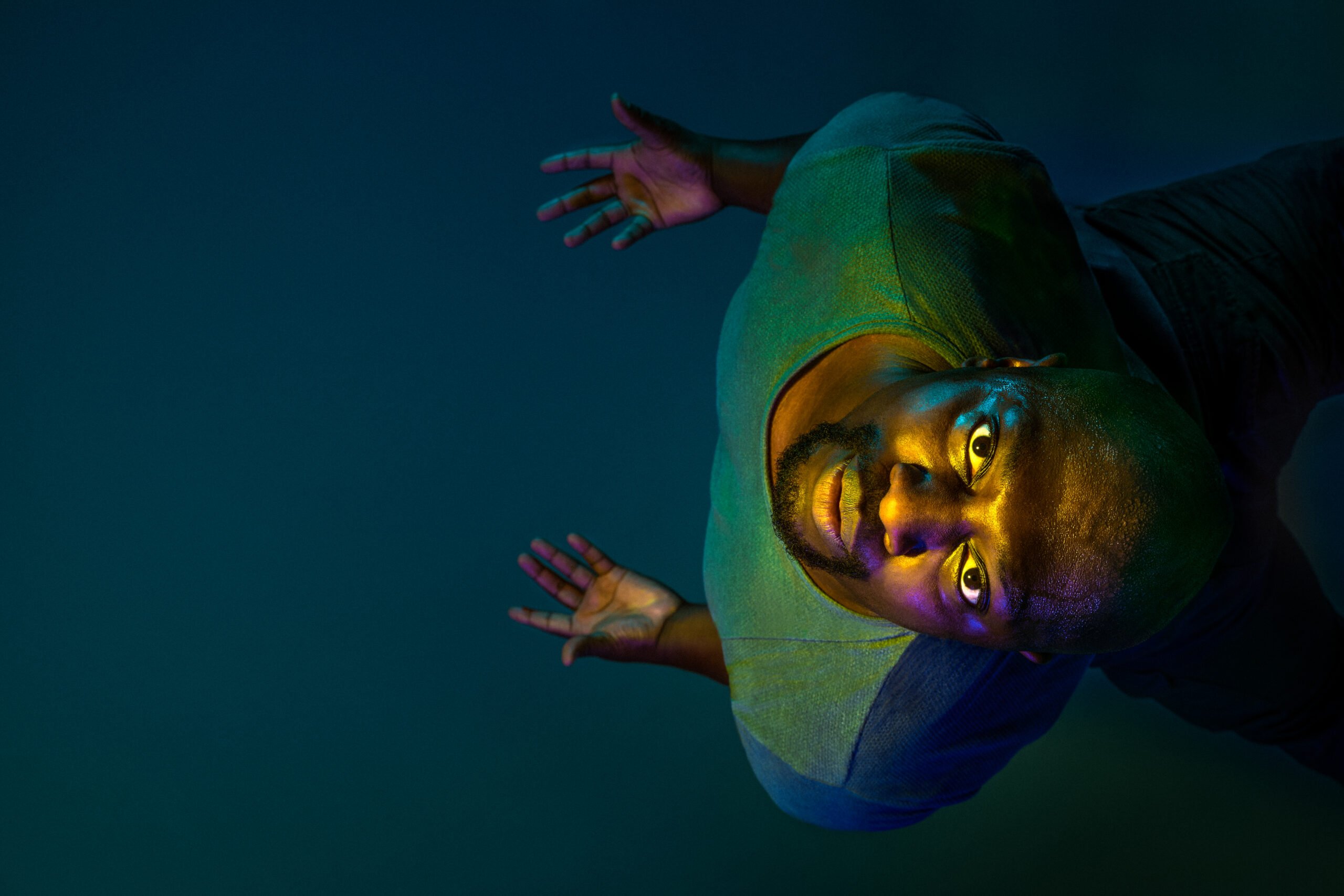 As part of their 2020 Vision season of dance on screen, Brighton-based South East Dance are hosting a series of outstanding free-to-attend In Conversation events featuring screen dance makers and choreographers who work in the digital realm.

Thursday 3rd December’s event will be chaired by East London’s Joseph Toonga who I had the great pleasure of speaking with over the now-traditional Zoom. Also featured will be Florida-based director Tiffany Rhynard and choreographer Trent D Williams Jnr who recently collaborated on their startling film, BLACK STAINS. The video features black and ethnic minority dancers performing delicately choreographed pieces that reflect the treatment they’ve received in 21st century America because of the colour of their skin. They are performed in a variety of settings from an outdoor basketball court to a glass chapel, and are interspersed with personal accounts and testimonies by the dancers themselves, to powerful effect.

The name of the film comes from the poignant statement made by one of the lead performers when discussing black scientists, psychologists, thinkers and other eminent minds: “it’s as though their testimonies aren’t valid because their blackness stains their credibility.”

This confronting of racism and prejudice, and the physical articulation of the experiences of young black men, through dance, was also the subject of the groundbreaking and highly-acclaimed Born to Manifest, created by Toonga in 2018, “but, because of how 2020 has gone,” he tells me, “it’s been heightened even more.”

With a background embedded in hip-hop, and later trained at the London Contemporary Dance School, introducing classical movement to him, he talks of “the merging of two worlds that I’ve been brought up in, and now it’s just become what I am, I’m influenced by both.” And this signature style is evident in this emphatic theatre production which features Toonga himself, performing alongside Theo Oloyade, and tells the all too familiar stories of young black men in the UK being racially profiled, the prejudices they face, and the challenges of how to respond to such systemic injustices.

Born to Manifest was halfway through a successful tour of the UK when the remainder of the tour had to be postponed until 2021 due to the pandemic. In response to this unforeseen vacuum of productivity, Toonga set about making a series of screen dance short films, related to and also called Born to Manifest, but a standalone series on their own. Cinematically shot at a number of urban locations, night time London provides the perfect, eerie stage for Toonga and Oloyade to draw us in with an almost lyrical intimacy to their dancing, inviting us to, “glimpse other people’s path in life, so you have an understanding, or if you want, you can empathise, if you don’t, you can have a conversation, so it’s really there to open up a conversation for people.”

The live version is the first part of what will eventually be a trilogy, with the second part, Born to Protest, being readied to tour next year after the delayed tour of Born to Manifest is completed. The sequel features a company of 15 black male dancers and will be performed outdoors, not in conventional theatre spaces, but rather in large communal areas such as shopping centres.

Toonga, aware that theatre isn’t accessible, or necessarily appealing to all, wants to engage with audiences from all walks of life, “opening up to different people who may actually have an interest in dance but who have never seen it expressed in a different light.” He hopes it will also address some deep-rooted stereotypes. “What do you do when you see 15 black guys running at you, but suddenly what they do is not what you expect? So, then you have to start challenging your stereotypes, but also see what their journey is as a whole group of guys.”

The trilogy will be completed in 2022 by an as yet unnamed third instalment that will feature an all-female cast, and will explore black and ethnic minority females. It is already in development with collaborators from around the world, including Brazil, the Netherlands and the UK. The trilogy will form an important body of work that asks some difficult questions whilst simultaneously championing cultural identity.

As well as choreographing and performing himself, Toonga runs his own dance company, Just Us Dance Theatre, which seeks to actively support artists early in their career and connect communities globally. He also co-founded and acts as director of Artists4Artists, a break through artist-led hip-hop initiative. I asked him if he’d always wanted to teach and mentor young dancers. “Yeah, I’ve always wanted to teach. It’s something that’s always been inbuilt in me, that it’s really important for people to have a role model, but also someone who’s not just willing to teach but has a love for teaching. It makes a big difference.” And, in recognition of the guidance and teaching he was so grateful for when getting into dance, he is determined to help the next generation in the same way: “if the older generation opened the door for me, I should do exactly the same.”

Gamarjobat: a child-friendly comedy show with a difference

And, of course, he regularly teams up with organisations such as the brilliant South East Dance. I asked Joseph what attendees can expect from the In Conversation event he’s hosting. “Hopefully a good insight into the making of the work, from two different artists from one side of the pond to the other. Seeing how people respond to a similar idea, from two different places.” 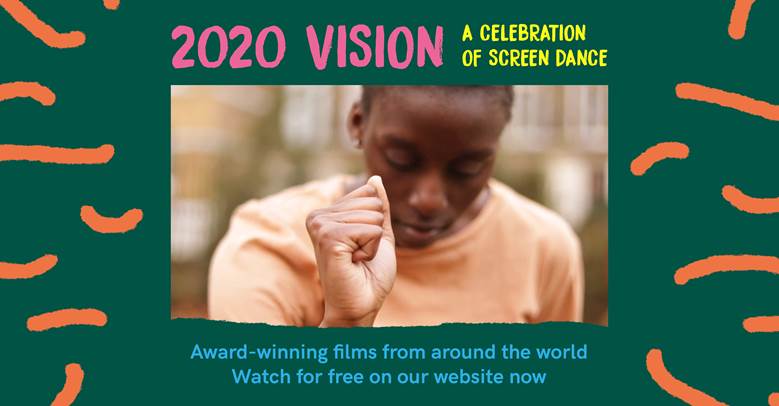 The discussion will also explore what the experiences have been like in America, how they are now, what they’ve been like in the UK, which themes are common on both sides, and which aren’t. Further than that, he hopes to “try to understand, what is it about those subject matters that still need to be expressed and how do we either continue expressing it, or how don’t we continue expressing it: I think it’s coming to a point where some artists are like, ‘I want to make other pieces. So, why is this piece still relevant?’ So, people can expect a lot of questions, and not as many answers…”

‘2020 Vision In Conversation: BLACK STAINS’ takes place at 3pm, Thursday 3rd December and is free to attend, but booking is required. For more information about this event, and to watch BLACK STAINS click here

For further information about all their upcoming events, visit the South East Dance website