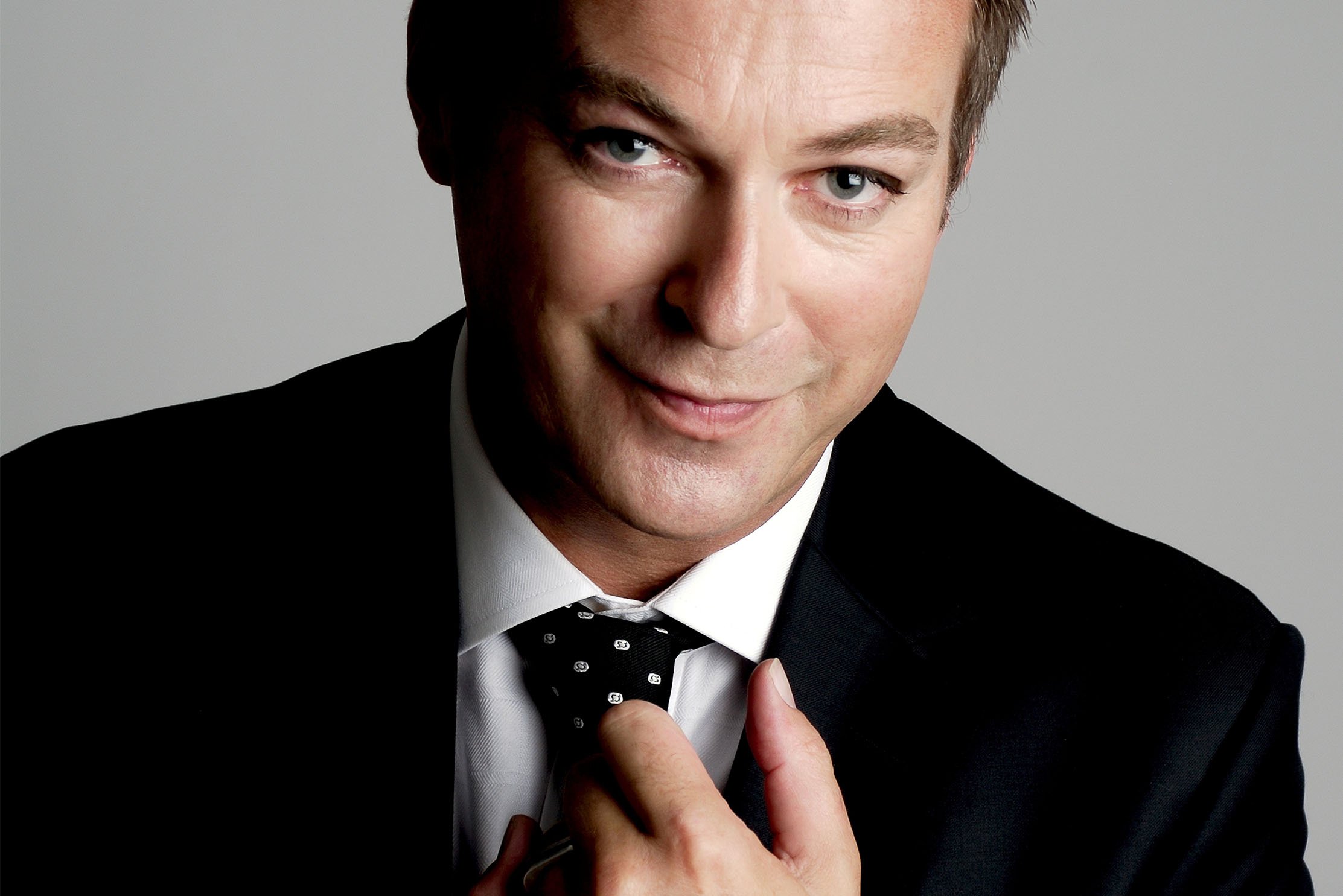 This celebrated actor, author and guardian of the Great British single-entendre was going to call this new show Bed Knobs and Knee Pads, but was advised might not sell too well in Harrogate.

So, this outrageously camp outing was dubbed Born To Mince, whatever that refers to… Coming to Brighton Dome on Sun 28 April, he will bare his soul as never before in the interests of light entertainment.

‘Are you ready for some filth? I know I am. It’s been a while since I sallied forth to pleasure the provinces with my particular brand of saucy innuendo. Let me at them!’

Clary’s TV break came in 1989 with an ITV quiz show called Trick or Treat. Following a storming appearance on Saturday Night Live, Channel 4 offered him his own show, Sticky Moments. He’s been a staple of British TV ever since.

He’s an accomplished stage actor, with stand-out roles including Leigh Bowery in Taboo and the Emcee in Rufus Norris’s Olivier Award winning production of Cabaret. He also does panto most years as he enjoys wearing silly clothes and lots of make-up.

Julian continues to tour the UK and Australia with his one-man shows, completed a 140-date tour with Lord of the Mince in 2010.

Now his Born To Mince tour will see him murder some well-known songs along the way, no doubt, read you a sneak preview from his next memoir A Night At the Lubricant and make withering remarks about punters foolish enough to sit in the front row. You know the kind of thing. It’s the only life he knows.