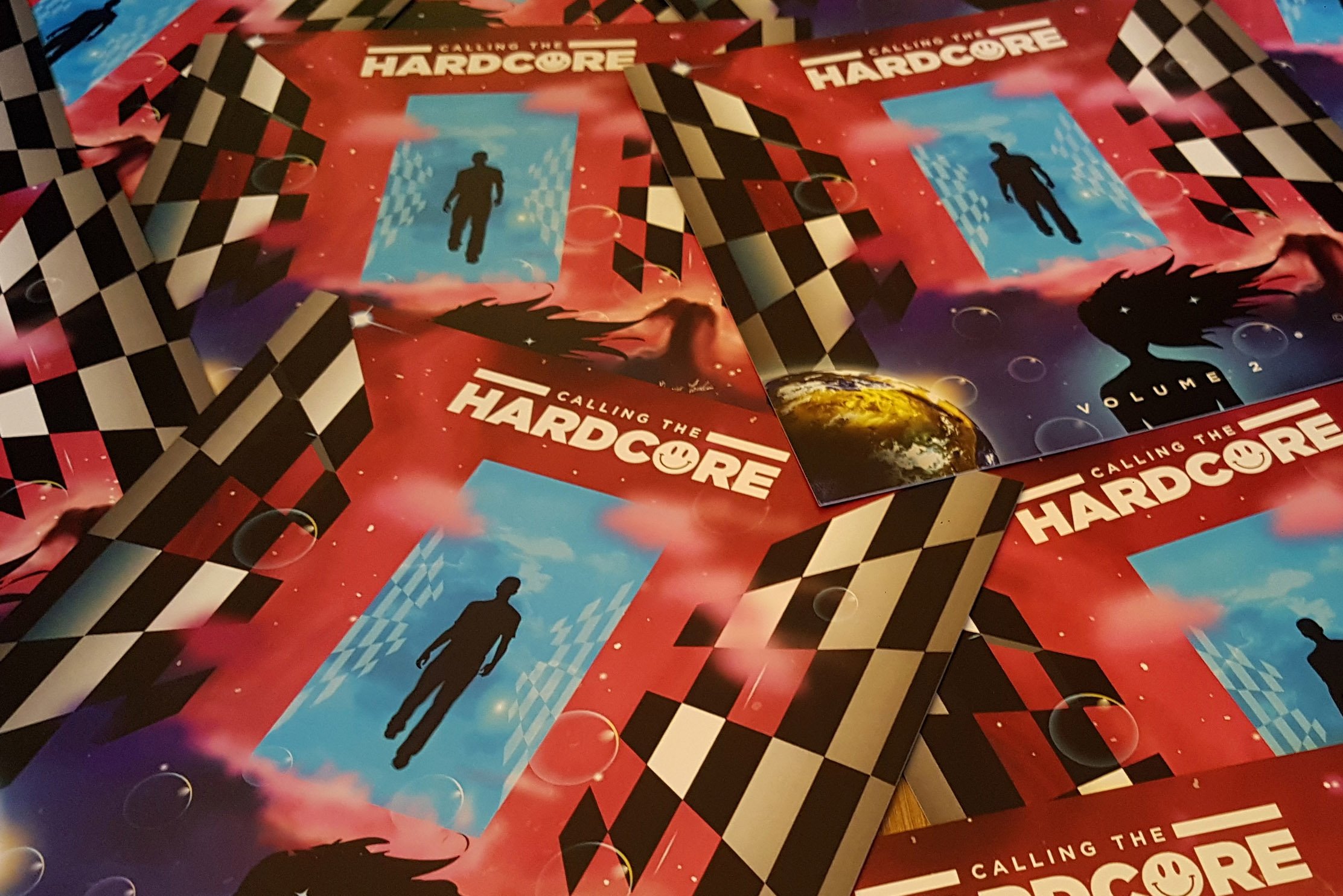 Successfully navigating the divide between physical paints and digital creation in the late 80s/early 90s, Junior Tomlin also indivertibly found himself helping forge some of the mystique behind rave culture. His psychedelic-styled artwork fired the imaginations of thousands of eager young partygoers, when it started to grace flyers and posters across the country. This elaborate airbrushed work, which drew heavily from sci-fi and fantasy, offered glimpses of strange new worlds and unreal landscapes.

In the 80s Tomlin was immersed in the more regimented world of a graphic design degree at Goldsmiths. However, his roots lay in illustration, elements of which constantly crept into coursework. “When I left college, and I was looking fot jobs as a graphic designer, I changed my entire portfolio to illustration,” he tells me. David Lloyd, a former tutor and illustrator for the ground-breaking graphic novel V For Vendetta suggested Tomlin’s talents could well serve another booming creative industry. “He gave me this tip about going to computer game companies with my work. That’s how I really started in illustration, doing game packaging.” 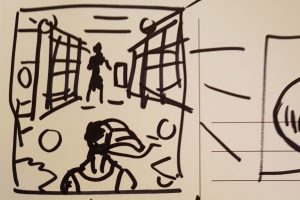 Later on he found himself working at the seminal Kickin Records. “While I was there, hanging out, I met my first promoter. He was looking for an artist to do a flyer for his first rave.” In the absence of social media followers or financial backing for massive marketing campaigns, the only way you could make your club night or warehouse party stand out was by having eye-catching artwork liberally disrupted everywhere. Tomlin’s painstakingly created warped realities were a big hit with clubbers and promoters alike. “It’s the art that grabs your interest. Colourful images and psychedelic art draw people in, especially if fits the mood nicely. It’s fresh, it’s colourful, and a bit surreal.”

His other-worldly style pulls influences from a wide range, there’s splashes of masters like Da Vinci and Salvador Dali in there, along with big nods to 20th century pulp magazine covers. “Somebody coined a phrase calling me the ‘Salvador Dali of Rave.’ I’ a great lover of sci-fi and fantasy, so that comes out in the work along with futurism. My sketch books are fill of surreal type drawings, which I take out and do ful illustrations from.” In all it takes about seven days to create some of his most detailed illustrations. In in the rave flyer days, he’d keep adding increasing detail, despite it ultimately being shrunk down to a handbill size. Pinter’s at the time sometimes struggled to faithfully recreating his delicate airbrushing. “A lot of the printing back then, the colours didn’t pop out as I’d intended. Nowadays it’s all digital, and you just press a button and it comes out.”

Aside from creating visual asthetics for some of the 90s’ biggest raves, he also spent time as a colourist for Marvel comics, working on titles like Spiderman, Fantastic Four, Transformers and Teenage Mirant Ninja Turtles, as well as working on the BAFTA award-winning Audio Rom. The was also a spell bringing to life the greatest hero of them all – Action Man. “The mad thing about Action Man was… even his dog had a scar. I think initially he and his dog were twins or something,” he jokes. There’s no allusion as to where your humble colourist sits in the inverted comic book pyramid. “The people at the top have got all the time to write it, then it goes down to the artist who pencils it. Below that is the inker and the letterer. Then at the bottom is the colourist., he adds all the ‘clout’ to it. Everyone’s got all the time before a deadline, apart from me. But I’ve never skimped from my colours, they’re always bright and vibrant.”

Alongside this, he spent some time working in the film industry, particularly on a version of Clive Barker’s Night Breed and the Lost In Space film. He also created several visual effects for the fantasy drama The Fairy King Of Ar.  “My crowning glory was how to texture a CG trowel to make it look real. They brought in a real prop. With mud still on it. So, I photocopied it, and textured that image onto a 3D model. When the fairy is actually carrying it, you can see all the detail.” 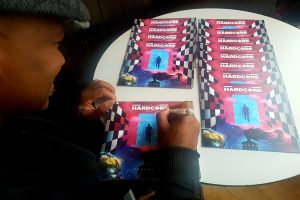 He says most of his working practices haven’t changed a great deal over the years, even with the rapid development of image manipulation technology. Admittedly he does have access to more compute software and processing power. “There came a point, where I’d done everything by airbrush, but because promoters would never return my artwork, I decided to go all-digital. I took to that like a duck to water.” The process works from the ground up. Now design packages allow you to simply create assets to use in other projects. While his craft is based in illustration, the graphic design training has helped tremendously with forging identifiable branding for raves and parties. “It also helps to look at past stuff, to see how trippy other flyers get.”

Now Junior Tomlin is inspiring a new generation of ravers. He’s majestic art is adorning covers on a series of compilation albums by Brighton club night, Calling The Hardcore. “Billy Bunter (iconic rave DJ) used to put on this thing every year, called The Rave Story. That’s where I met Sammy [Purcell]. He wanted me to do a cover for him.” The resulting collaboration adorned Calling The Hardcore’s titular debut LP. This brought together several legendary and emerging artists, all representing the best of the modern hardcore rave breaks sound. “It’s [the cover’s artwork] like an old classic rave cover, with that surreal trip thing. We worked on it together, refined it and refined it.” A newly released second album offers a continuation of the story. The debut’s lone figure is now pictured further away in space and time, but in the foreground, he’s been approached by a mysterious female figure. Tomlin is tight-lipped about where this narrative might be headed. “You’ll just have to wait, more will be revealed.”

Calling The Hardcore – Volume 2 is out now, and available here.