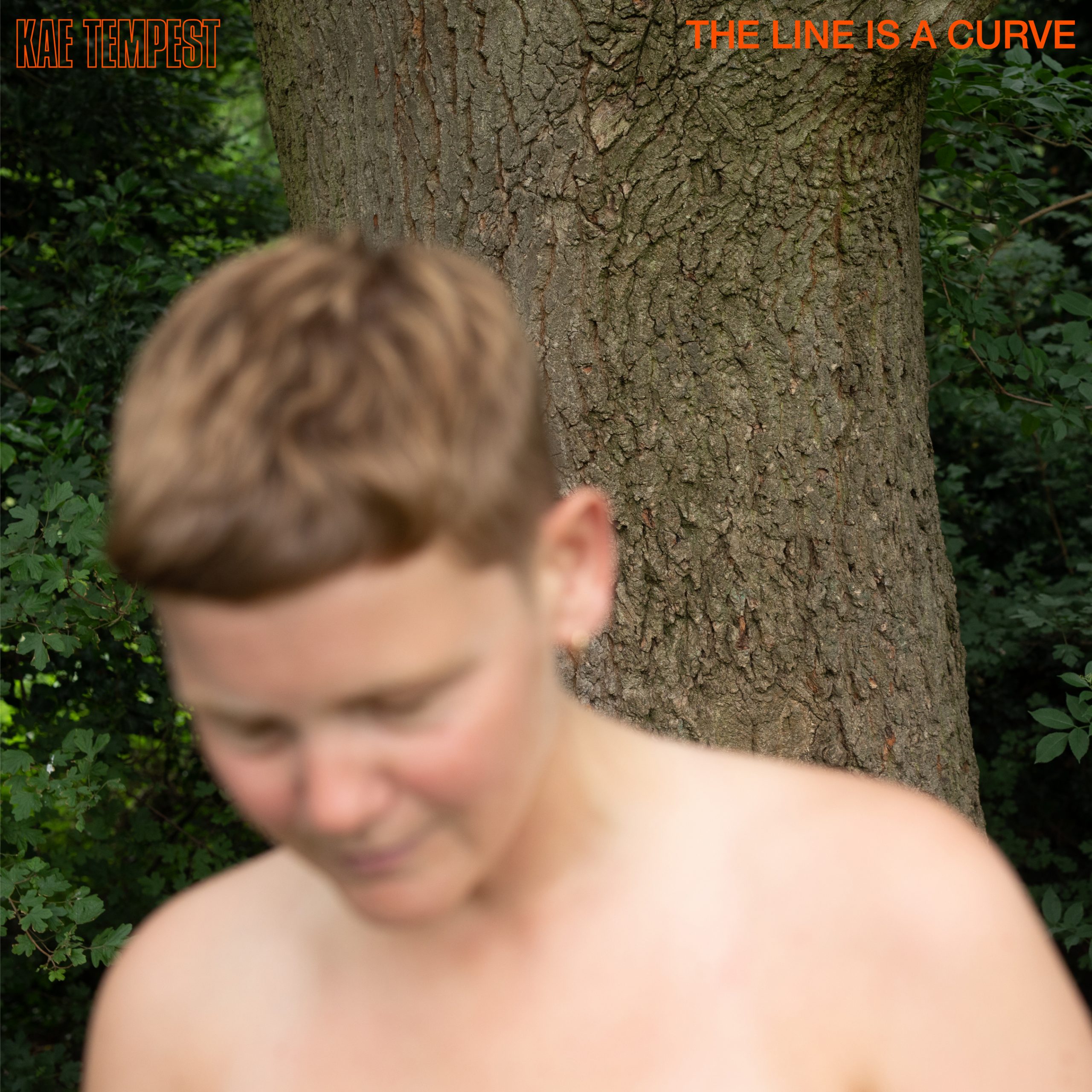 Kae Tempest: “Come in, come in and hear my heart”

Kae Tempest speaks about surrender, love and vulnerability, in their new album The Line is a Curve.

With three previous studio albums, three plays and five collections of poetry, Kae Tempest has made a name for themselves as a thought-provoking and critically acclaimed artist. The Line Is A Curve is their fourth album. Produced by long term collaborator Dan Carey, it tackles themes of shame, anxiety, isolation and surrender as a means of exploring the cyclical nature of self-discovery. 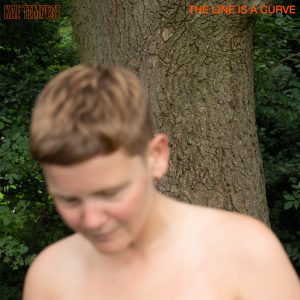 Speaking to me over Zoom from South London, Kae Tempest has expressive eyes and speaks straight from the heart. They explain they wanted the album to be a personal experience, listened to from start to finish. It stands out from previous releases by virtue of its hopeful energy. The album is ambitious in its lyricism and musicality as well as in its unorthodox creative process.

Kae had a clear vision for what they wanted the album to sound like and was more involved musically than in the past, attributing this clearer vision to knowing themself better. The choice of collaborators reflects this sense of growth. The album features contributions from Kevin Abstract, Grian Chatten of Fontaines DC, Lianne La Havas, Assia, Confucius MC – artists Kae has played in bands with since they were a teenager in pubs and squats of New Cross and Peckham. They wanted to pay homage to these roots in the album and acknowledge that the line is a curve: “I’m only here because I was there, and I’m still there, even though I’m here”. 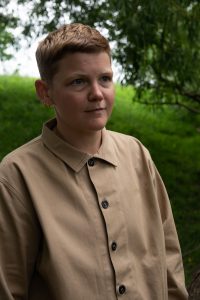 This communicative aspect and the contribution from other artists creates a completeness to this album that is new; Kae says their work is so often about loneliness. “This album, although it starts in the dark, in the cynical isolation of Priority Boredom, moves into a space of community as soon as we hit the second track I Saw Light with Fontaines DC frontman Grian Chatten telling his poem.”

The last song Grace is slower than the others and evolves around themes of love and surrender. Kae explains they always pay particular attention to the last song as it’s the last thing they’re leaving people with: “Often, I start off pretty dark and burrow down even deeper into the depths. And then at some point, we ascend into something more uplifting, with hope for light.”

Grace’s softer tones reflect a moment of insight. “You get this moment of upliftment. You have this epiphany moment: ‘Let me be loved, let me be loving, let me give love, receive love’. But then it loops back around. The idea is that the line is a curve; it doesn’t matter how big an epiphany you’ve just had, you’ve got to wake up tomorrow and have it again because otherwise we are in cycle all the time.” 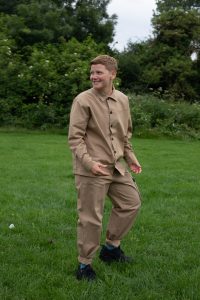 Whilst recording The Book of Traps and Lessons, Kae discovered that having Rick Rubin in the studio gave the recording session a sense of occasion. They explained: “When I’m in communication with a person, it’s not about me or the words or my hopes for the words; it’s about this thing between you and I. There’s something else happening, which is my response to you.”

For this album, they wanted the vocals to really speak to whoever encountered them. The physiological effect of having someone present whilst recording made them think about how connection changes the effect of the performance. They decided to do three takes in one day to three different generations of people. Kae laughs that today musicians are not recording on tape so it’s possible to do a verse 150 times, “but the more you do it, you just kill it, you kill them, you kill the moment, because what you’re looking for in a recording is a moment.”

The chosen three ended up being a Colombian man of 78; a woman of 29, the poet Bridget Minamore, who is a good friend of Kae’s; and three young fans of 12, 15 and 16. The performance to Minamore was the one that ended up being chosen. Tempest explains that the most controlled, concise, confident performance was to the person of their generation. They felt like they didn’t have to over-explain or compromise, realising that their ideas being projected onto the older and younger generations interfered with their ability to perform – whether that was a feeling of protection for the younger generation or admiration and lock-down-type fear for the 78-year-old man. 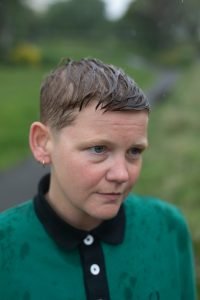 This is the first album which has their face on the sleeve, and Kae says they knew from the start it was something they wanted to do. “I just had this realisation all these records that I fucking love have all got the artist on the front.” When asked about why this exposure is important, they replied “here’s my face, I’m showing you myself, come in, come in and hear my heart. You give your heart to an album. And then why would you try and hide that it’s come from you?”

Putting the deepest parts of themselves into their music comes from a desire for their music to connect with people. The aim is for someone to hear it and recognise themselves, because that is what music and poetry did for them. When they felt very alone, they would read or listen to something which made them feel seen, gave them validity and made them feel less alone in the world. It’s useful to connect, “otherwise you’re just airing your dirty laundry,” they laugh.

A line from Smoking goes “there can’t be healing until it’s all broken”. Asked whether life has mimicked art for this album, Kae responds that “suddenly you realise that everything you’ve been experiencing in the last day, week, month is suddenly coming out. This is the place where I process the stuff that I don’t even realise.”

Kae Tempest is playing The Dome, Brighton on April 28. The album is out on April 8 on Fiction Records. 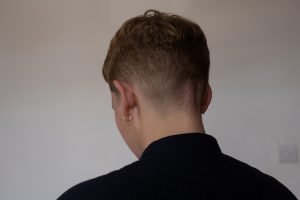