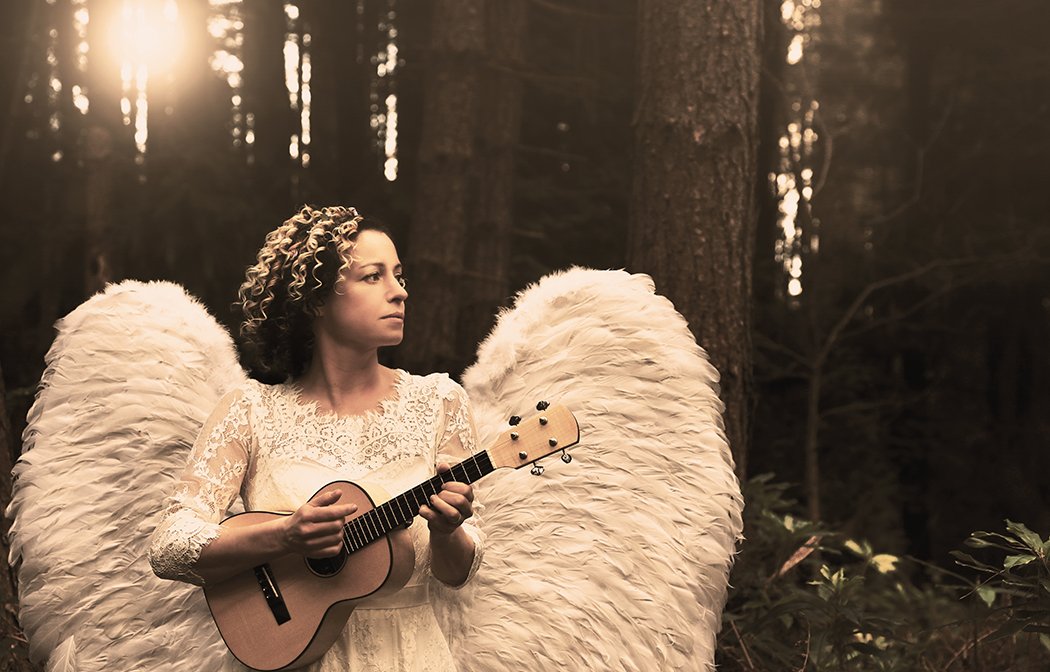 You know Christmas is nearly upon us when you first see the new John Lewis advert on the TV and Kate Rusby’s Xmas show returns to the Dome. Perhaps 4 Dec is a little too early to feel fully immersed in the spirit of Christmas – but Kate and her band gave it their very best shot.

The stage was beautifully lit, snowflake lights sparkled and Ruby the reindeer complete with fairy lights in its horns only added to the festive feeling. It was a special gig for the band as both Kate and guitar player Steve were celebrating birthdays. Birthday cakes were presented to both and a rousing Happy Birthday was sung by the crowd.

The show was split into two halves, the first focusing on more traditional carols, While Shepherds Watch Their Flocks By Night and Sunny Bank (a Cornish version of I Saw Three Ships) were particular highlights. Kate has a great ability to tell a story between song and topics covered tonight included her new dog, how good the shopping is in Brighton and how the Rusby household celebrate Christmas.

After a brief interval Kate and her 13 piece band returned and played some more contemporary songs lifted from her last album Angels And Men and also a beautiful and hypnotic version of The Frost Is All Over from the album of the same name.

Damien O’Kane (Kate’s husband) played a fantastic set of reels with the rest of the band and somehow managed to incorporate bits of All I Want For Christmas Is You and Lonely This Christmas into the four song set; never has a banjo sounded so good.

The evening came to a close with two original songs Let The Bells Ring and Sweet Bells, and we left the Dome into a wet Brighton night – but with the feeling that the gig had just about got us into the festive spirit.