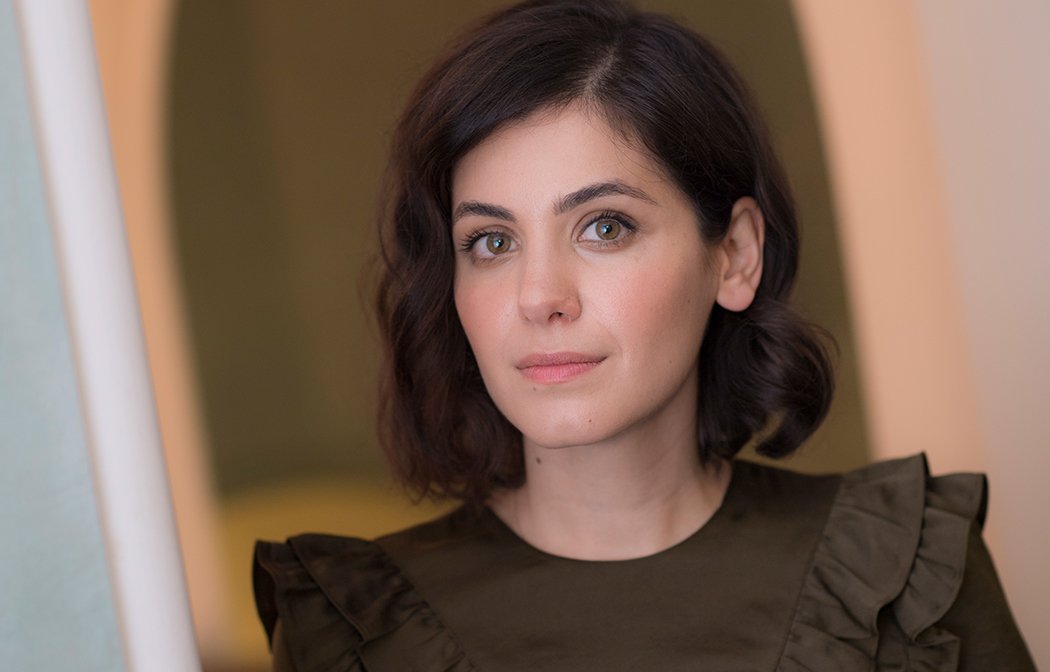 Katie Melua took to the stage alone, with only a black and white film of a stark wintery wilderness playing out behind her. She performed If You Are So Beautiful in her native Georgian language; pitch perfect, her voice carried effortlessly across a packed Brighton Dome.

She was then joined on stage by her brother Zurab playing electic guitar, and a backdrop of a monochrome moon while the two of them performed Plainsong. The band grew in size as she was gradually joined by a double bassist, drummer and electric organ player. Despite the extra musicians, the sound didn’t change a great deal as they performed Belfast and Nine Million Bicycles. A fair few covers were played during the set, the first of which was The Cure’s Just Like Heaven followed by a stripped back version of Joni Mitchell’s seasonal favourite River.

The show only really came alive when The Gori Women’s Choir from Katie Melua’s native Georgia were introduced onto the stage; Oh Holy Night has never sounded so beautiful with a band and full choir, for me the highlight of the show.

After a short break Melua returned to the stage and played Diamonds Are Forever solo, followed by Here Comes The Flood – the only time in the evening the band took the volume and the tempo up a few notches and probably the song I enjoyed hearing the most. A couple more original tracks were backed by the amazing choir followed. The evening finished as it had started with very little conversation between songs, the choir, band and audience were thanked by Melua and she finished the set with Black’s Wonderful Life. I have to admit I left the show feeling a little underwhelmed by the performance, feeling she and the band were rather going through the motions, however she left the stage to rapturous applause so perhaps on this occasion I was in the minority.