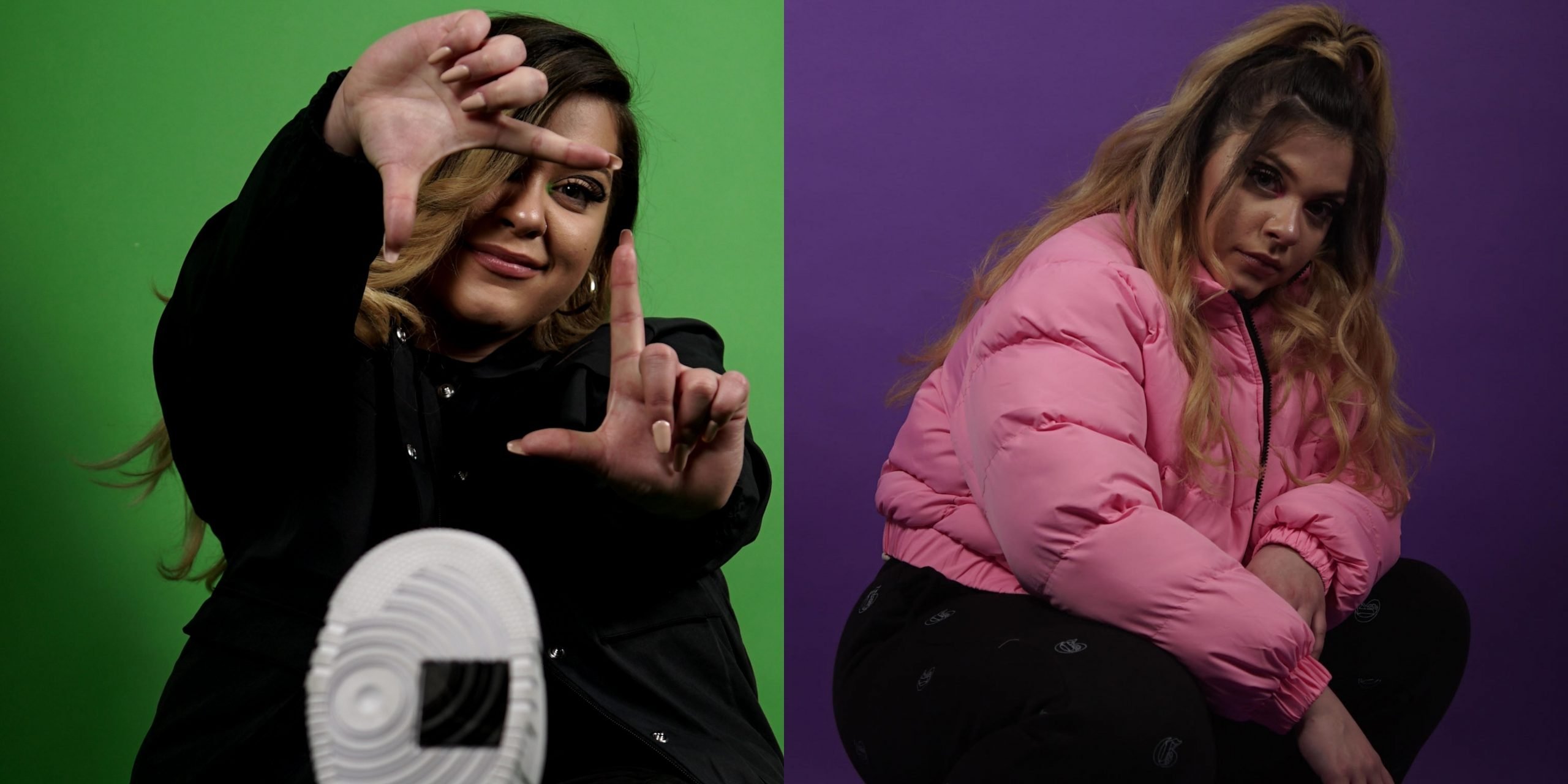 Overcoming a turbulent relationship with music, finding her inner sound, and finally taking a leap of faith into her dream of becoming a singer, it would be an understatement to say it’s been a rocky road so far for KESTRA. But even though it has not been the smoothest of rides, she has persevered, grown, and continues to put out songs that are from her heart and show her personality. Any aspiring artist would take inspiration from her journey.

KESTRA, real name Kezzie Shanahan, is a 28-year-old London-based R&B and pop singer/songwriter. Her latest single, released late last year, (Don’t you) Darken my Door, has left her eager to head back into the studio and left her fans wanting more.

She fell in love with singing at a young age and carried that love into her youth. Ever since she first stepped foot in the studio, she has been continuously writing songs and this year, she will be sharing more of her original songs with her fans.

On a cozy evening in, I sat down to a video call with the young singer, where she shared with me her career so far, projects in the works, her childhood, and her inspirations.

Often when singers say that they have been singing all their life, or they’ve been singing since they could speak, it’s usually a scripted line which we’ve heard a thousand times before. But in Kezzie’s case, it really is the truth. She recalled her first engagement with music when she sang on stage to a large group of people aged just four.

“Getting up on the stage and seeing all these people clapping and they all looked kind of in awe. I remember how happy it made people. This man came up to me and gave me a fiver and said, ‘you’re so good, never stop singing’. From that moment I was like, this is how I’m gonna make my money.”

In her early teenage years, she used to listen to artists like Madonna and Mariah Carey, but no one stood out to her more than when she first listened to the Queen B herself. She found inspiration in Beyoncé, who stuck out when she was in Destiny’s Child. She had a distinct voice and original sound. And Kezzie wanted to be the type of artist who stood out from the crowd. At the age of 12, she took that leap into the industry and headed into the studio to record for the first time.

“The more vocalists I would listen to, the more I was able to adapt some of their styles to my voice. Vocally, I haven’t really heard anyone who sounded like her, which is also something that was appealing to me because you wanna be like that as an artist yourself.”

In her younger years, Kezzie grew up in a council estate in London with her Mum, who was also a singer. She recounts the two of them singing with microphones in the house. “People always knew when I was home because they would just hear me singing. My voice would ring out in the estate.”

Her song with STARK, (Don’t you) Darken My Door, has a powerful and sassy feel to it, and the lyrics “I don’t need no reason to tell you how I’m feeling, gonna shout it out, gonna sing it out yeah”, resonated with me and mirrored our conversation. Her sound is full of soulfulness and would appeal to many of the young adult audience she has.

With a new track currently in the works, KESTRA shows no signs of slowing down, as she teases her fans with snippets of her upcoming tracks on her Instagram story. Despite the pandemic, she spent her 2020 productively and focused, and slowly but surely, she has reached milestone upon milestone. Her teaser video showed her collaboration with artist Mooski on his song Track Star, which is available now on her YouTube channel.

Despite being from an East London council estate, the external factors of her early life didn’t steer her away from this path. She was set on her dream of becoming a singer and, at that age, nothing was going to sway her. “That was my way of not getting in trouble and I’m so grateful I had a focus because if I didn’t, it would have been very easy for me to have been misled by people. I was always known for singing. And people almost didn’t want to lead me astray because I had a chance.”

During the last few years of secondary school, Kezzie’s potential was spotted by one of her teachers. In an emotional recollection, she shared with me the moment her music teacher told her that she was going places. “I remember her telling me to stay back after class and she took me into her office, and she had this envelope in her hand, and she had printed out an application to get into The BRIT School for me. She said to me, you are wasted here. You need to give this to your Mum and make sure this is what you do. You’re gonna become something.”

Kezzie realized, shortly after doing gigs, that the industry had its pitfalls. She had a personal dilemma balancing her motivation for singing and the pressures that she felt to be someone else. “I just thought, I either need to stop doing this and then there is no stress, or I need to do it and I need to sing for me and do it because I love it and not let pressure get to me because that was what was making me hate it.

“I was always very professional regardless, but originally I didn’t show my personality as much as I could have. Whereas when I did, that was when I realised ‘oh, I think people like this.’ I was showing myself and people liked it. I kind of grabbed onto that and I haven’t stopped since.”

Although she received praise from adults around her for her voice, the young girl who had a dream of singing was given a reality check by relatives. “I’m from a Mediterranean family and the women in Mediterranean families are realists – they just are. I told one of my grandmas once that I wanted to be a model and she said don’t be ridiculous, you’re not tall enough to be a model. So that was always the mentality – yeah, you wanna be a singer, great, but look at how many other people wanna do that.”

We concluded our chat with me asking Kezzie if she could go back to her 12-year-old self, what would she say? “You are what you think you are essentially, so if you believe you are a confident person, you believe you are a superstar, you believe that you have something different, all you can do is go up from there. You hone your talents, and you hone your skills and encourage yourself to believe certain things, and you will eventually, and I really believe that.”