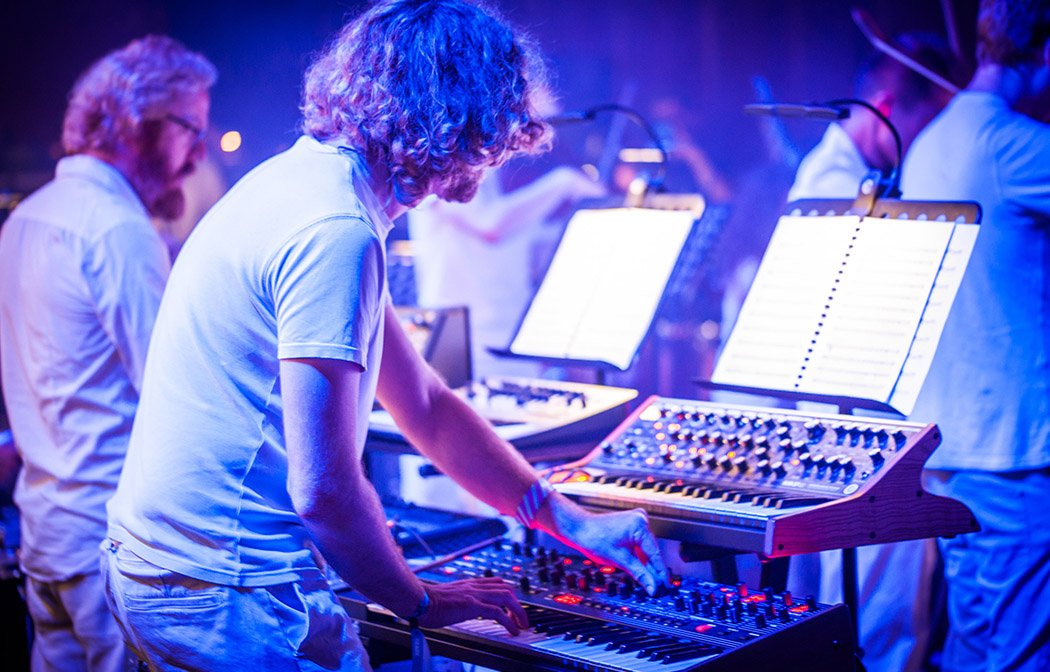 Ahead of their performance at Brighton’s Dome next month, in which they reimagine Kraftwerk’s pioneering electronic album Trans Europe Express, Kraftwerk Re:Werk composers Lloyd Coleman and Charlotte Harding sat down for a chat with BN1 about the composition process…

LC: I’m not sure I’d use the word ‘translation’ as such, more a vivid reimagining using recognisable fragments of melodies, rhythms and sounds from the original album. Taking this approach means we’ve been able to create a genuinely symphonic reworking of the material.


Truthfully, simply ‘transcribing’ or ‘translating’ the tracks on the original album would have been pretty naff, as those original tracks don’t call for re-orchestrating in this sense. Charlotte and I talked a lot about how those amazing sounds, so distinctive in Kraftwerk’s music, are already beautifully layered and very orchestrally thought out. Our job was to pick out our favourite moments or elements and weave them into our own convincing narrative. So, we’ve ended up with six sections of music, starting very slowly, almost grinding into gear, before ending in an ecstatic rave with 39 orchestral musicians – quite a spectacle! 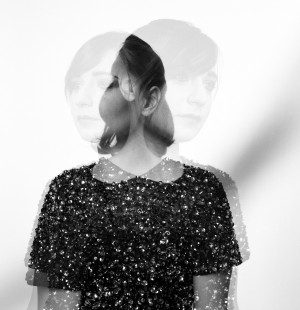 to the point where there was almost too much choice! But what I admire hugely about Kraftwerk is how in amongst their boundless creativity, they carved such a distinct musical voice. We took real inspiration from that, focusing on developing our own sound world and a strong narrative for the piece.

LC: Of course, Kraftwerk were such pioneers in the field of electronic music, they were very much ahead of the pack in terms of using the latest technology. In our show, we have close-miked every single member of the orchestra, that’s every violin, every trumpet, every drum and effectively turned the entire body of musicians into a giant synthesiser. I’m playing in the band itself on clarinet, but Charlotte and the audience will have the best perspective on sound from out front. Charlotte will be tweaking the sound in live time using a variety of parameters. We’ve earmarked various parts in the score where Charlotte will be able to filter, crush, distort, delay or flange various sounds emanating from the stage. I’m very jealous of the audience who will be treated to the sound of that. It’s surprisingly hard to hear it all clearly on stage when you’re concentrating on playing the dots and the speakers are facing outwards to the audience.

CH:The advancements in technology have also really changed what a 21stcentury orchestra can be. The ensemble includes both traditional and technology-based instruments, performed by both disabled and able-bodied musicians. For example, Paraorchestra member Clarence Adoo performs using the instrument ‘Headspace’, which has a huge range of electronic sounds and textures which blend really well with the acoustic orchestral instruments. This results in an incredibly vivid soni
c pallet created by a wonderfully inclusive ensemble.

LC: I don’t really obsess over the distinction of traditional vs avant-garde, but what I’ve loved is using material I love (in the form of Kraftwerk’s original conception) and taking those ideas for a musical walk or, in some cases, a sprint. A lot of the usual principles of pacing, orchestrating, harmony and contrast apply, even when dealing with such an unusual writing challenge as this.

CH:I found it fascinating how even though Kraftwerk’s music is so fiercely contemporary in its approach and sound, it’s very much underpinned by their rich knowledge of classical and traditional approaches. Their works are a masterclass in the craft of pop song writing, their timbres and textures are rooted in orchestral sonorities and I’m sure I hear echoes of modal jazz in there somewhere. For me, this meant that starting from an orchestral perspective and felt quite natural in some ways, knowing that both traditional and contemporary methods would continue to fuse throughout.

LC: When Charles Hazlewood came to me 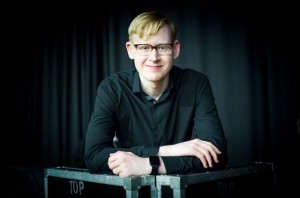 and Charlotte with the idea, it was actually the first time Charlotte and I had worked together. What’s interesting is that, even though we’ve never co-written anything together, several people have commented on how our sections of music fit with each other very well. There’s a compatibility there I think, so when the musical thread switches from one to the other there’s no obvious jump or change in style. That’s unless you know our music VERY well.

CH:We also worked closely with musicians from the Paraorchestra and Army of Generals to develop the piece, inspired by Kraftwerk’s collaborative and experimental approaches. We had research and development days to try out material and get to know the inner workings of the tech side of things, so we could orchestrate the synths in the same way we would a clarinet. It meant that we could create a very bespoke orchestral language to really explore and push the parameters of what was possible with this ensemble.

CH: Kraftwerk are undoubtedly musical pioneers and it’s in this spirit that we’ve approached this piece and project. It’s been a fascinating process for myself and Lloyd as contemporary classical composers to approach Kraftwerk’s music through this prism and present our hybrid orchestra to new audiences. As our conductor Charles Hazelwood said …

“Kraftwerk upended popular music by flooding their truly original electro-pop style with the influences from their classical music education, so returning the favour and turning an orchestra loose on the sounds of a classic Kraftwerk album extends the adventure for us all”.

CH: When doing initial research for this piece, I came across the term ‘gesamtkunstwerk’ – a total work of art. It’s a term that has often been associated with Kraftwerk due to the immersive nature of both their recorded music and live shows. It was really important for us that our piece reflected this; in the staging, lighting and live audio manipulation, as well as in the musical material. We want the audience to come on this wild sonic ride with us, to experience orchestral music in a very different way. I remember reading a tweet after the premiere at Simple Things last autumn which read ‘people dancing to a live orchestra – whatever next!’ and thinking to myself: “job done!”

LC: Interesting question! Here’s my personal view – Trans Europe Express is symbolic of a completely different time and atmosphere in modern European history. It’s interesting to note the album predated both me and Charlotte being born, but I sense there was a much healthier sense of optimism about how Europeans could work together to create and maintain something greater than the sum of its parts. The very idea of building a trans-Europe high-tech electric railway, running right through the spine of the continent, is something that seems wildly ambitious nowadays, don’t you think? But here’s the key thing – kraftwerk re:werk is not intended as a polemical about Brexit. Who needs another show on that at the moment? But, I can’t deny that I find something inherently appealing about Kraftwerk’s multilingual, pan-European coolness. It’s a fitting antidote for these mad times we’re currently in. We need a little more optimism, and a lot less pessimism.