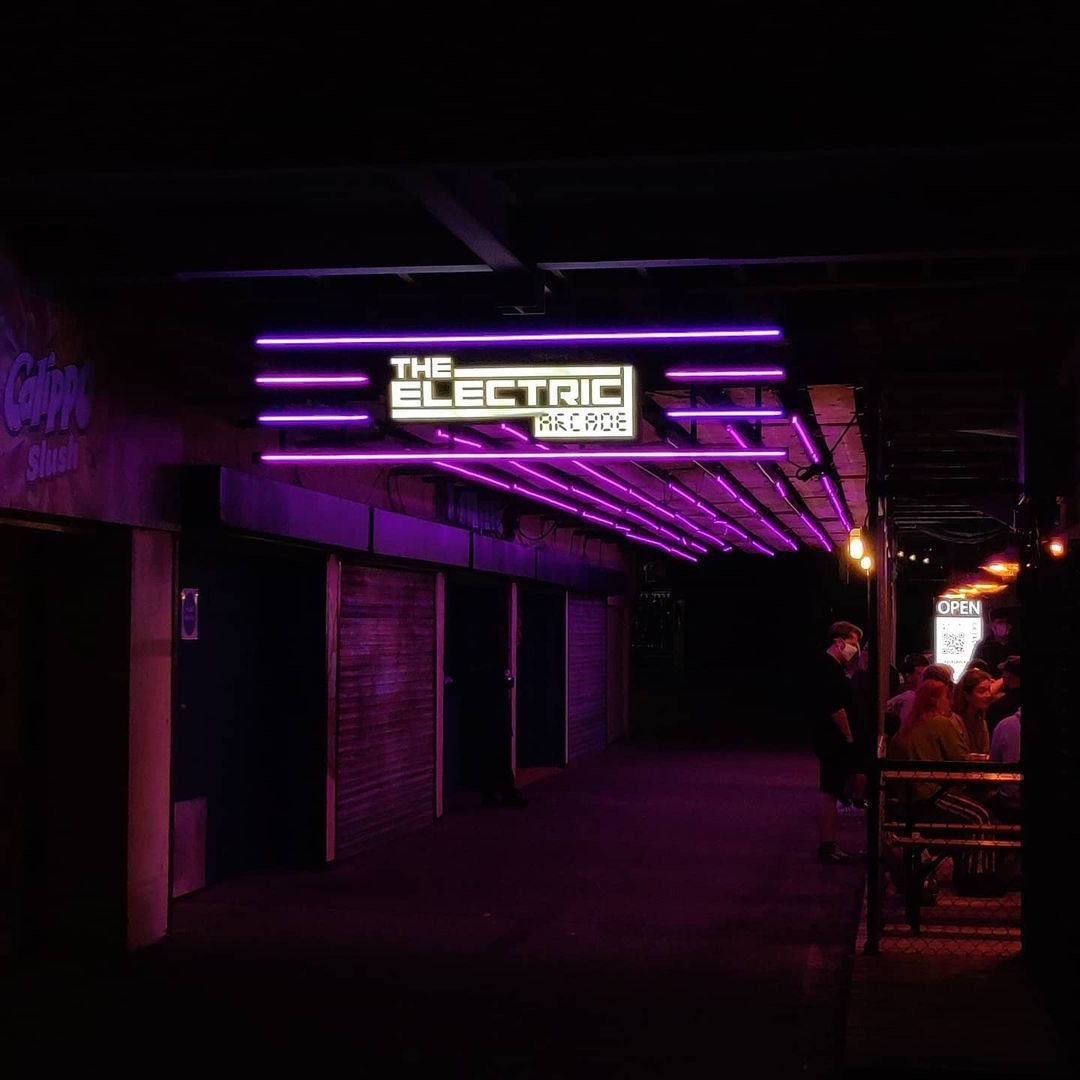 Laughable at The Electric Arcade

Right from the start I was greeted by friendly staff who saw me in, and then very loosely and lightly asked for my tickets whilst also giving me a short introduction to the night. This may seem of little relevance, but when talking about a show that relies heavily on easy interactions with the crowd, feeling welcome and receiving smiles throughout goes a long way towards creating the right atmosphere.

Michael Fabbri was the MC for the night, and what a crack he was! No programme, clearly no planning, just a genuine, fun chat with the audience that would bend and turn quickly depending on the crowd responses – comedy truly lives rent-free up his sleeve! Dynamic throughout, with no silences from his side and surely not from the audience. In fact, this was true for the whole night. It was very refreshing to watch a comedy show in a small venue that did not have a single moment of awkward silence for almost 2 hours straight!

The first half of the show was then taken by Dan Fardell, Nick Elleray and Mike Coxon. Each had their own style, but all were spot-on with being able to turn our shared personal dramas into something relatable and funny. On the menu: covid relationships and how they failed, the slow and painful process of ending things with long term partners, and parenting young kids to name a few. Loud laughs and great interactions came from the crowd, over subjects that usually make us cry. I honestly cannot dabble with favouritisms here, they were all hilarious… but Nick’s idea of having a deck of quick jokes cards that he could get someone from the audience to pick at random whenever the laugh-o-meter was going down was simple and genius! An almost effortless way to stay relaxed and keep the audience engaged.

Michael came back to get everyone easy whilst refuelling on drinks, to then present the second half starred by Graeme Collard and William Stone. Collard had an expansive storytelling approach, with references that could only be caught much later, when the story would wrap around itself in a somewhat Jim Jefferies-esque style. Stone, meanwhile, had a very entertaining repertoire of short jokes that were told with great timing and acting – the perfect closure for such a fun night.

All in all, the show delivered! It was clear that there was something for everyone – the diverse audience could resonate with different parts of each act, making the moments of laughter feel very democratic. Leaving Laughable at The Electric Arcade after genuinely laughing the whole night was a very welcome dose of endorphins that I can only recommend that you treat yourself to!

The best Brighton comedy in Dec 2019

Head down to The Electric Arcade every Monday night for an hour of new material from some top comics, regulars on the circuit and up-and-coming stars of tomorrow, all for just a tenner.

Over the years (since the days Laughable was hosted in its former home Upstairs at Three and Ten), great names such as Pappy’s, Romesh Ranganathan, Joe Wilkinson and James Acaster have all dropped into Laughable to try out their latest material.

You never know quite what, or who, you might get!