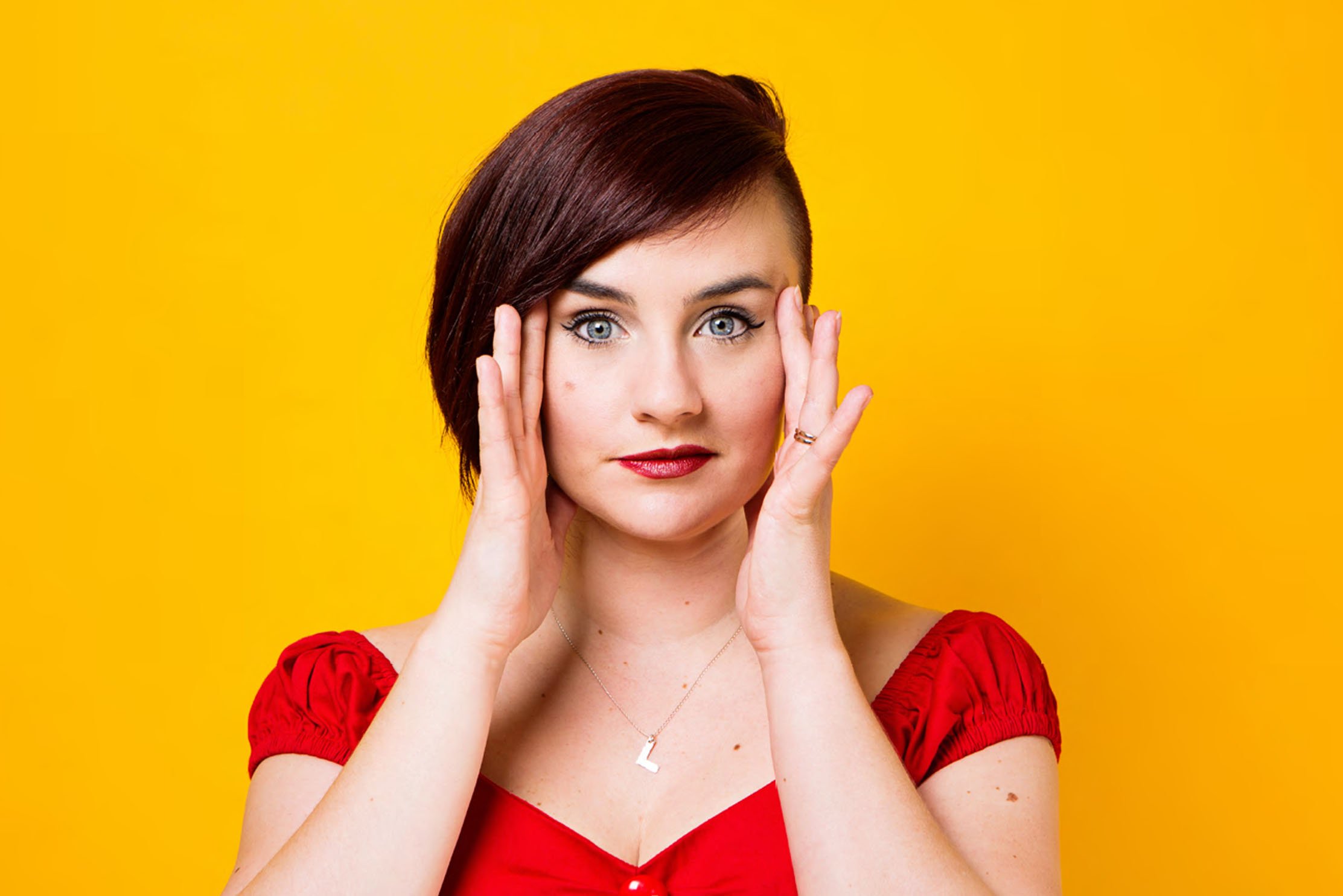 Obviously, it’s a tricky time for any performing artist. June still seems so far away, and in normal circumstances Laura Lexx would be anticipating her debut solo tour, Knee Jerk, arriving in her hometown. But we’re living through extraordinary times, and calendars are increasingly fluid. For a comedian about to punch through into the big league, this could be judged as a cruel turn of events. “It’s one of those things,” she tells me. “You try to keep it in perspective. While they’re small compared to other people’s, they’re the biggest of your problems. It is alright to have feelings about them.” Now heading to Brighton’s Komedia on Sun 6 Dec, Knee Jerk brings together her favourite bits from 2019’s rapturously received Edinburgh season and 2018’s breakthrough show, Trying.

Her stand-up ranges from the irresistibly insightful to the plain daft. Lexx seems to realise we all want the same things and keeps pulling at the awkward little threads which bind life together. Cheerfully bounding into the top 20 best reviewed shows and selling out every night in the Scottish capital last year has only confirmed her position as a genuine contender. “When I had the big break at Edinburgh, that show was very personal. I didn’t want to tour it, just because I wanted to draw a line under a lot of its subject matter. But now I can use the best parts of that without having to delve into a tough narrative every night.” In addition to headline shows, she’s also versatile enough to be a generous and supportive compere. She knows there’s lots of different approaches to comedy, depending on what crowds are looking for, and exploits each to hilarious effect. 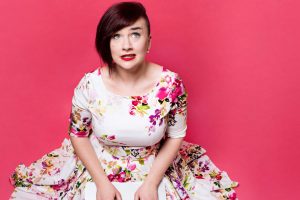 Much of the appeal in compering lies within the freedom it offers her. She gets to know the audience and mess about a lot more. “But, I also really like having a big set piece and delivering it with lots of complicated jokes all layering up on each other.” The difference between the timings in different comedy forms is almost viewed as a maths problem.

“If you’re doing a 20min set, there needs to be a laugh at least every minute, if not two a minute. Whereas, if you were doing an hour of comedy, you can’t make people laugh every 30 seconds. You’d just physically get tired. As a construction issue, it’s two different jobs from my perspective.”

Like many of us, the extended time indoors has brought reflection and self-discovery. “My hobbies include eating and staring at the wall. I have about 50,000 mood swings a day. I also like to make random loud noises, and apparently that’s annoying. I’m terrible at relaxing, but I think I’ve always known that.” Vegetating in front of the telly isn’t really an option – she’s learnt long ago that passive entertainment like TV or Films doesn’t occupy her brain. “In order for me to be distracted, I need to be contributing somehow, it can’t be just consuming something.” Social distancing has temporarily destroyed live comedy, but Lexx has been busy keeping people’s spirits up. She’s been reading chapters from her novel online at 8pm every night, which has invoked an overwhelming response from her audience. “It’s been lovely to have a communal thing. I’m trying to think of other things we can do which don’t require you to come a ong every day. Even on lock-down, people have things which get in the way.”

She’s been holding regular news briefings on Twitter – offering an alternative to the grind of Lock-down Britain with some cheerily made-up headlines. Her Twitter account recently saw a huge bump in followers after a series of increasingly surreal tweets about a fantastical relationship with Liverpool manager Jurgen Klopp, which even pulled American superstar Seth Myers into her eccentric orbit. “One minute, you’re sat in an Ibis Budget in Glasgow, idly sort of tweeting nonsense, the next you’ve got people going: ‘Ooh. There’s a book in this, let’s see what we can do…’ OK, I didn’t see my life going this way, but fine.”

Originally, she held ambitions to be an actor. At university, Lexx was drawn to improv nights and the comedy aspect of the drama society. Required to choose a specialty, she opted for stand-up comedy. “It was quite practical, and interesting. I never really thought about any of the psychology of laughter. I ended up looking at why humans laugh, and, from an anthropological perspective, what is comedy.” After graduation, it was clear acting required a lot of sitting around waiting for the phone to ring, while comedy had an irresistible immediacy. As with any perfect calling, she’s never looked back. “I’ve loved it right from the start. I’m quite an anxious person offstage, but onstage is where I’m at my most confident and happiest. When something comes naturally to you, that other people might find off-putting, you don’t see the difficulty. You’re just going: ‘No… This is as easy as having a bath,’ because I love it.”