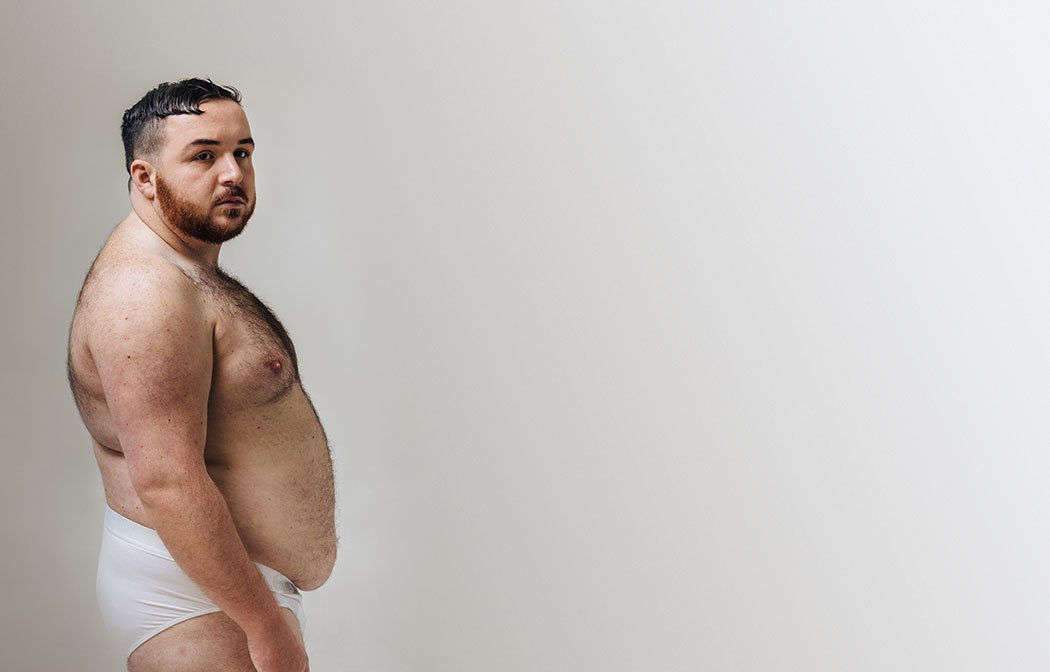 For the last ten years Scottee has been a prominent figure on the queer performance scene. After a decade of creating controversial and contentious art, he has been listed as one of Britain’s most influential LGBTQI+ people. Touching on topics from working-class masculinity to state power, Scottee is not one to shy away from asking the questions that need to be asked. Outsiderness is a subject that inspires his art and one that he explores deeply. In doing this, he aims to give agency to those outside of the social norm. His new show, Fat Blokes, explores in depth the body-shaming culture that is so ingrained in our society. It takes the form of a contemporary dance, but more than that, it’s a rebellion that sends a strong message out about challenging societal prejudices and embracing one’s individuality. It is made in collaboration with Lea Anderson MBE and five plus-sized male performers, including Scottee. Coming to Brighton, Fat Blokes will be on at the ACCA later this year.

The idea for the show, Scottee tells me, was inspired by the negative public attitude towards plus-sized people. He explains: “whenever I spoke about it in the public domain, there was always this anger at fatness… so I said ‘what if I deliver a show that does what they wanted, which was to exercise, but also delivered some of the stuff that I wanted to talk about too’”. In a world where our bodies are the subject of so much attention, Scottee wants to address the way society perceives body size. He poses the question, “What if I don’t want to be saved?.. what happens if, as a fat person, I’m happy and thriving?”

The show looks behind the singular identity projected onto plus-size people in an attempt to show people are more complex than the simplistic, one-dimensionality that is assigned to them. Each of the five men involved in the show are from different socio-economic backgrounds and are each at different stages of acceptance with their bodies. In this way, they lend a different dynamic in order to open up the conversation surrounding weight. Scottee explains: “it’s this ignorance of class, race, sexuality and gender in this body positive world that I guess that I’m hoping to tackle with Fat Blokes…[because it] is about looking at where our identities intersect”. By acknowledging under-represented parts of society, the show demonstrates that this body-conscious culture is just another way of maintaining social divisions but also that everyone has a different relationship with their bodies.

Fat Blokes complicates the subject matter and intends to be hard to digest. It is this trait which has earned Scottee the name of being a contentious and undefinable artist. Like much of his previous work, in this show he presents the real, messy version of life. It is, however, his first time collaborating with a choreographer. As a teenager he was part of a LGBTQ youth theatre group and it was through this he met Lea Anderson. Anderson’s suggestive and subtle artistic form is the opposite to Scottee’s challenging and direct statements which has made their collaboration interesting. “Often in her work she avoids saying what she wants to say, but [in] my work I’m so direct about what I want to say and I’m not afraid of saying it”, says Scottee. The audience can certainly expect directness from this show.

Throughout Scottee’s work, in his dealings with politics, masculinity and class he explores the narrative surrounding failure and living up to external expectations. In his opinion, “we’ve got to have a better relationship with failure”, but in a world of predefined and unattainable ideals- in particular when it comes to body image- this seems hard to negotiate. “a lot of the narratives around body positivity is that somehow you reach this place of body positiveness and then you remain there. You light a scented candle and have a bath bomb and the rest of your life is sorted.” It is this idyllic version of perfection which Scottee protests against, instead, Fat Blokes suggests that we should accept imperfections. “When I’m talking about failure, I guess what I’m talking about is…mediocrity, what it is just to be in ‘the middle of the road’, what it is just to be human, to have the ups and the downs”.

“What if I don’t want to be saved? what happens if, as a fat person, i’m happy and thriving?”

As we speak, it’s apparent Scottee feels society does not allow people to be content with how they are. Evidence of this can be seen by the use of Instagram influencers, who are paid to sell the promise of perfection. In Scottee’s opinion, people are consistently sold unattainable ideals as achievable by capitalist companies who sell promises of everlasting happiness at the cost of a hefty price tag and a nicely gift-wrapped box. This brings to mind the heavy backlash in response to Protein World’s ad-campaign last year. ‘Perfect’ bikini bodies were used to advertise their product which was met by angry protests that claimed Protein World were feeding off the body-shaming culture in order to make profit. Over 44, 000 people signed a petition to have the posters taken down. Our bodies are not commodities: it is this protest which Fat Blokes speaks up about.

After ten years of noisy activism, Scottee has signed a ten year collaboration with fellow artist Selina Thompson, in which they will be looking at ways the social care system can be remodelled. As well as this, Scottee will be bringing his beauty pageant and talent show, Hamburger Queen, back later this year as he continues to cause a stir in the performance-art world.