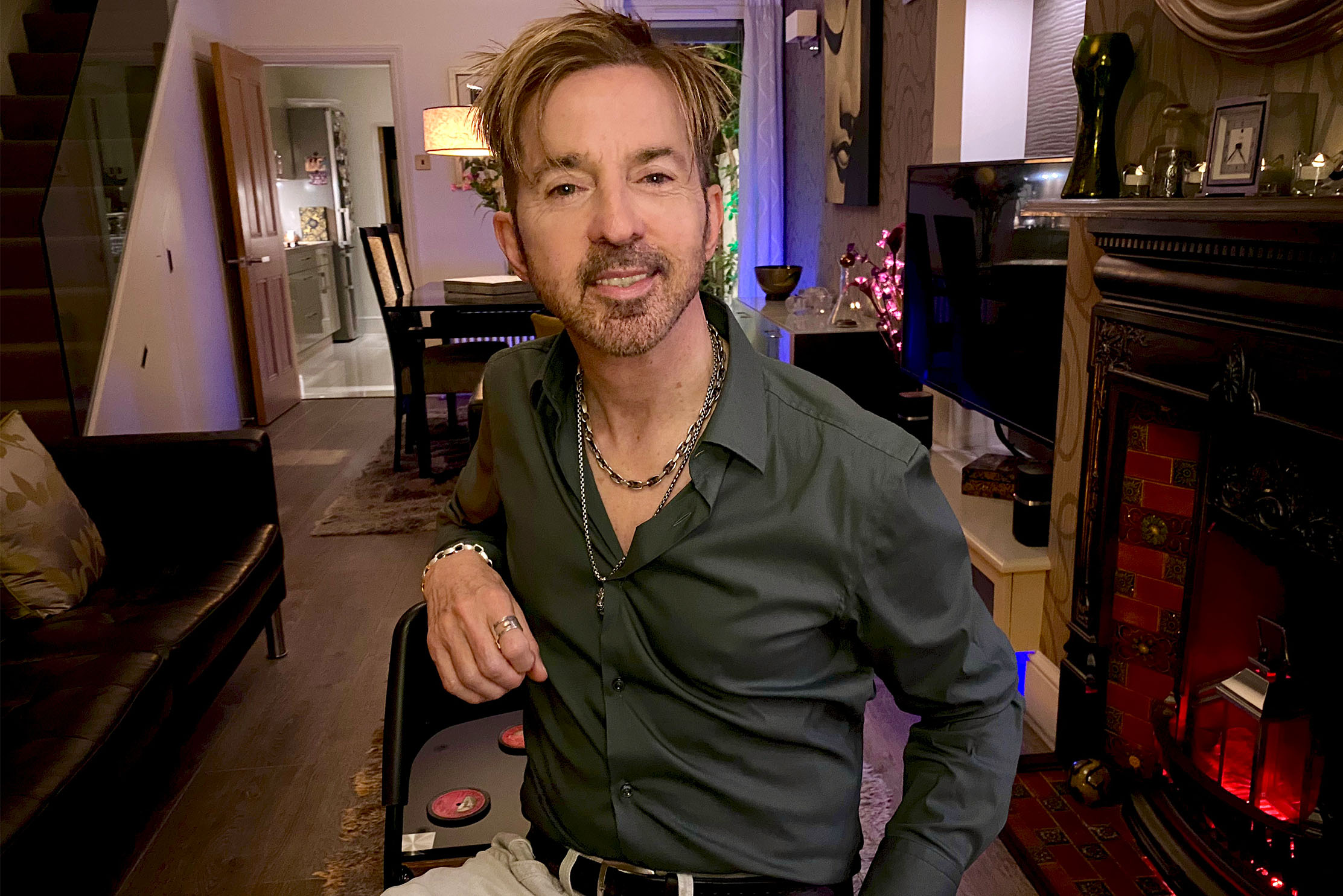 Exploding onto the music scene with the boisterous rhythms of Kajagoogoo and their single Too Shy, Limahl has been a constant fixture in the hearts of millions of pop fans.Cracking out another pair of Top 20 singles, he left to pursue his own acreer – something which gave us  the Giorgio Moroder–produced, Neverending Story. The theme song from the blockbuster film of the same name, this has regularly resurfaced to delight new legions of fans, most recently with its inclusion on season 4 of Stranger Things.

His position as one of the 80s core figures was further reinforced by Too Shy on Black Mirror’s ground-breaking interactive episode, Bandersnatch, as well as AMC’s hit show, American Horror Story: 1984.

There’s also been some acting, and a return to scene with a set of planned live shows. He’s recently been working to awareness of the FODMAPs a diet, which is low in fermentable carbs, and can help tackling issues like lactose-intolerance and IBS.  It works by reducing certain foods for four to eight weeks and then re-introducing them, to identify which ones are problematic.

To get us in the festive mood, he’s also just announced a new single for 2021 – One Wish For Christmas. It’s enduring future classic, full of optimism, lush sweeping strings and seasonal cheer.

It’s not often that you get to talk with a true pop legend, so we caught up with Limahl to find out a little bit more…

Releasing a Christmas single is a big undertaking, as it could be around for generations to come. Did you go into he project with a set idea of what you wanted, or was it evolve during recording?

On my songwriting bucket-list were the subjects of Christmas and/or London. Christmas, I thought, was an almost impossible challenge, but a creative one that I fancied because there are a few Christmas songs that I STILL adore every year – Have Yourself A Merry Little Christmas and White Christmas…

With the subject of London where I’ve lived and loved for 35 years, I felt our great capital city was under-represented in the song department. We have songs about NY, LA, San Fransisco, Chicago, and even smaller places like San Jose, Amarillo, Galveston… But, not that many about London.

A talented musician/singer/songwriter friend of mine, Jon Nickoll, plays piano and croons the ‘American Songbook’ at the Savoy Hotel American Bar for 3-4 nights a week AND he happened to live around the corner. So, we met one July afternoon with a blank page and decided to combine both subjects in one song. This gave us our new/original angle on Christmas.

Is it odd recording a festive song when it’s still quite sunny and warm? You must have been in the studio during August or September…

LOL.  Absolutely. But as u know, a British summer day can sometimes be cool, windy or raining which is not dissimilar to Autumn. Obviously if it’s sunny and warm, that’s where the imagination comes in.

The NeverEnding Story seems to be one of those records, which will always pop back up at regular intervals. Is it an artist’s dream to be involved with something so timeless, or has it become something of a burden?

Definitely not a burden. A good problem to have if you like. ‘NES’ as I often refer to it, was a gift. I was in the right place at the right time when I met legendary music producer Giorgio Moroder at the Tokyo Music Festival in 1983.

Six weeks later I was in Munich Germany where Giorgio had his studio, putting down a ‘test’ vocal. At that point he was only ‘trying’ my voice on the track.

Two days later, my manager at the time, Billy Gaff, called me and said Giorgio was gonna use my voice. I was delighted, but my record company at the time, EMI Records, were not convinced. Billy was on the phone to the then managing director, Peter Jameson, effing & blinding, telling them they were deaf etc etc. In the end, Billy managed to convince him to fly to Germany to see the unfinished cut of the film being edited and that was the turning point. All hail Billy, I say!

The low FODMAP diet seems like a simple and sensible gateway to discovering healthier eating habits, and not just for those who need it. Why don’t we hear more about it?

My nutritionist thinks in a few years Low Fodmap food will become as known and available as Vegan, Gluten Free food is today. It’s a fairly-new discovery by those talented Australians at Melbourne Monash University (now adopted by Kings College Hospital London).

How much impact has the diet had on your life? Did you have much trouble tailoring it to your needs?

That’s a very definite YES to impact. To know what foods were upsetting my tummy has given me back some control. I can still have a blow-out if I want but then will know what to expect. Tailoring takes time. I went through a 3-month exclusion diet with a qualified/registered nutritionist.

Once I knew the culprits (and it’s a lot), I can avoid. Yes there are sacrifices to be made but I’d rather that than the suffering. I’ve become an expert food label reader which is tricky with the small print on some packaging – that’s where the mobile phone camera comes in handy – then you can zoom in.

I found a new Low Fodmap food company online the other day and sent off for their parsnip soup which was delicious – I’ll be ordering more.

Would you have any advice for someone considering a low FODMAP diet?

See a nutritionist first who knows about FODMAPS, because the support and advice will put you in good stead. It’s an investment you won’t regret because every time you eat the wrong foods for your IBS tummy, you’re causing yourself physical and mental stress.

Izzy Adams and The Power of You…

Are we just used to accepting food with high carbohydrates and sugars? Is part of the problem is a progressive over-reliance on convenience foods and takeaways? They are quite easy… Affirmative with a capital A! I used to eat a lot of microwavable meals and that’s probably fine when you’re young and your body is strong, BUT as you get older, everything slows down a bit.

I think the tummy just gets a bit tired like the rest of the body so fresh food digests easier. Fresh salmon, for example, apparently contains healing properties for the gut. Obviously Probiotics are good too. 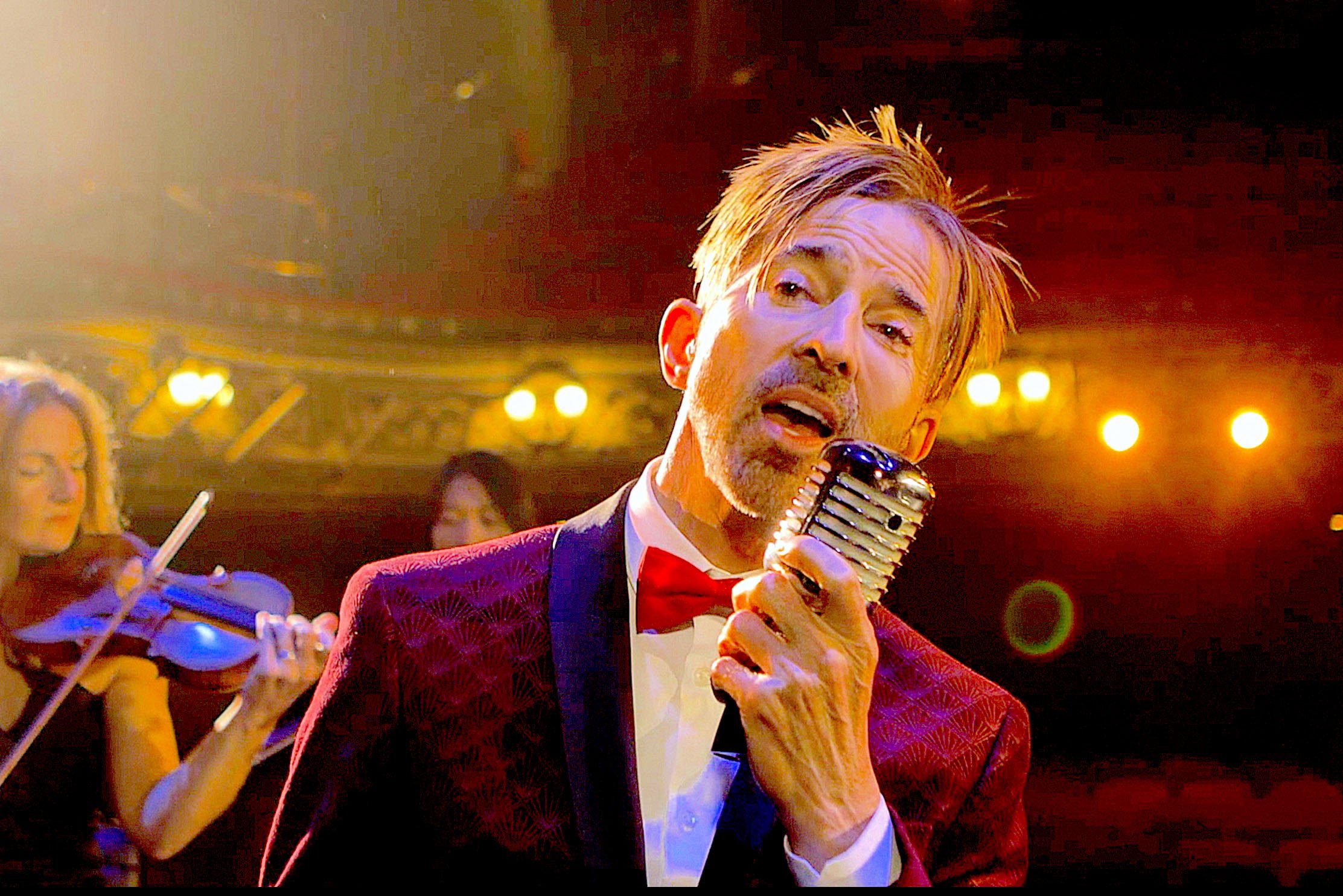 Have you fulfilled all of your musical ambitions, or have you just made some entirely new one?

I’ve certainly ticked a few boxes, lol – One Wish For Christmas becoming a popular mass tune is definitely up there on my list. I still get a thrill out of entering a room with a blank page and two hours later, you’ve got a great verse or chorus.

I do worry about the future of the music industry though. I wonder where ARE the classics of tomorrow? A lot of it feels like fast food these days. The music charts and Top Of The Pops used to have such value. I miss those days.

What would you say to the 16-year-old Limahl? Do you think he’d listen?

Ha. May I refer the honourable lady/gentlemen to the old adage: ‘You can’t put a wise head on young shoulders” and “youth is wasted on the young’. I’d probably tell myself to ‘Be happy and carefree, but be careful emotionally, spend and save sensibly, keep family close, be kind to people, give to charity, avoid too much sun, drink alcohol wisely.’ Do I sound old? . . .

What’s next for you? Is there going to be a return to proper live shows?

After everything being cancelled in 2020, thankfully some live shows returned in 2021. In my diary I have upcoming shows in Paris, Manchester, my hometown Wigan with Culture Club & Boy George, Somerset, Denmark & Berlin. In between all of that, I will be writing and recording my first new album in 25 years. OMG!

Limahl’s One Wisah For Christmas is out NOW! Find it on Spotify here.