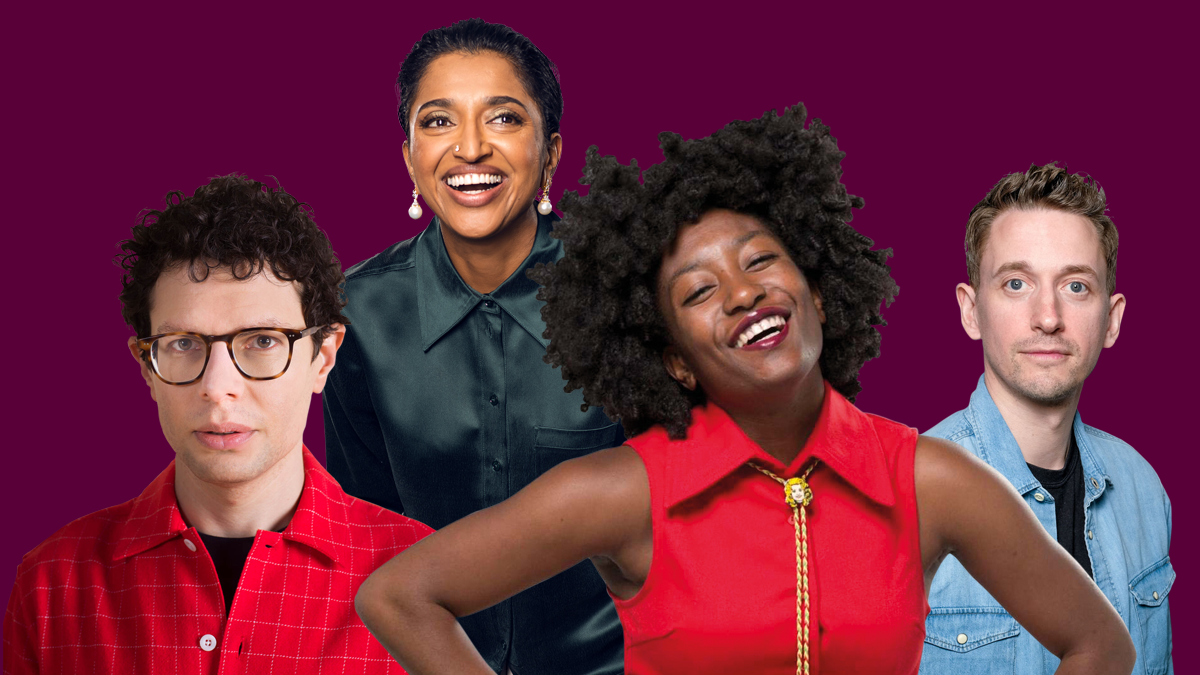 Your compère for the evening is a familiar face in the comedy arena. John Robins has appeared on Russell Howard’s Good News, Live at the Apollo, Mock the Week and hosted Beat the Internet on Dave. In 2015 John won the Chortle Award for Best Compère, so you know you’re in good hands.

Winner of the 2021 Funny Women Best Comedy Writer Award, Sophie Duker is a regular guest on Frankie Boyle’s New World Order. She has also appeared on Live at The Apollo, Mock the Week, 8 Out of 10 Cats Does Countdown and Hypothetical. Her favourite things include breaking hearts, taking names and telling jokes with the confidence of a cis straight middle-class white man.

Since swapping a career in investment banking for one in comedy, Sindhu has fast become one of the most exciting and sought-after talents on the UK circuit. She has appeared on Live At The Apollo, Mock The Week, QI & Have I Got News For You, and is a regular on the the hit podcast The Guilty Feminist. In 2020, she also acted in the critically acclaimed Netflix shows Feel Good and Sex Education.

Comedian, presenter, screenwriter and director, Simon Amstell is perhaps best known for presenting Pop World and Never Mind the Buzzcocks. These days, however, Amstell is focusing on his stand up career with television specials including Set Free, Numb: Live at the BBC and Do Nothing.