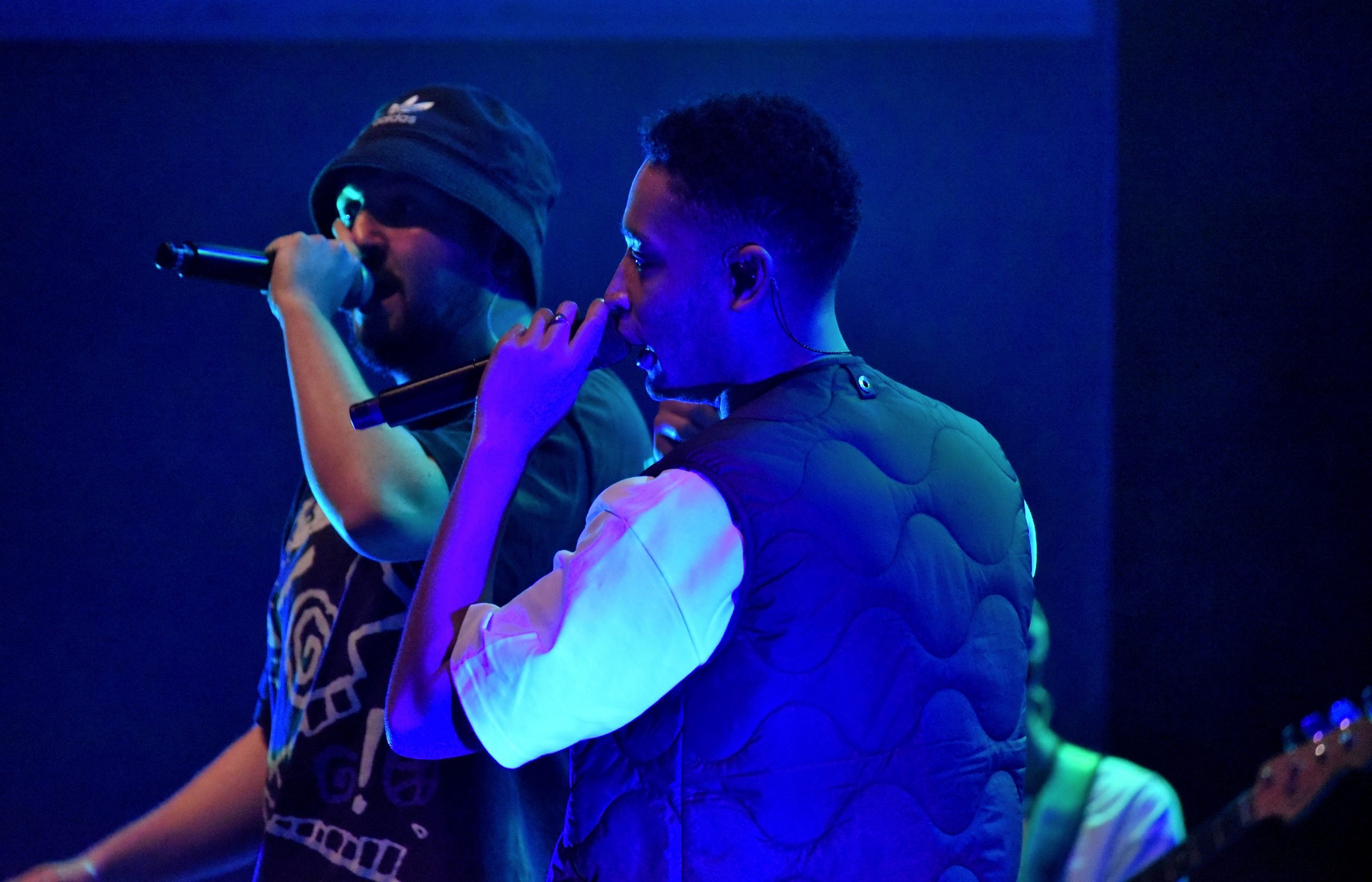 Loyle Carner the 25-year-old rapper from Croydon is in a hurry. Pitching his new album Not Waving, But Drowning to an ecstatic crowd at Brighton Dome – his second release in little over two years. He paces the floor in a lyrical ramble through personal history.

Mercury-nominated for debut album Yesterday’s Gone in 2017, his confessional hip hop style has won him praise for its emotional IQ. An early collaborator with Kate Tempest on Guts for Speedy Wunderground, he has supported the mighty Nas at O2 Academy.

Tonight, he is humble and charismatic. “Wassup” he says after the first track Ice Water “Yo, feel this.” Jumping into R & B infused You Don’t Know with guest MC and long-time collaborator Rebel Kleff, there is real swagger to his delivery, and it’s clear that family is what makes his music tick.

Loyle’s phrasing is pitch perfect, a blend of nineties hip hop and spoken word. There are close ties with the poetry scene. The album itself is inspired by Stevie Smith’s well-loved poem of the same name and the grande dame of poetry is another matriarch in his tribe tonight.

His vernacular jolts me back to the old school “I was on my jacks/Uh, tidying the flat/just me and my cat/reminiscing on the times” he riffs in The Seamstress, a song about drinking too much whiskey. Something that could have come straight out of A Tribe Called Quest track and he wears it on his sleeve.

Playing the Dome tonight is a big deal. “First time we played Brighton we were at the Green Door Store, we’ve come a long way. Snoop Dogg’s been on the stage – you know what I mean?” His eyes go up to the terraces, where his mum and girlfriend sit in the balcony seats. “Make some noise for my mum” he yells and she gets a standing ovation.

There’s an easy warmth to the set with Rudi Creswick on bass, Rebel Kleff on decks and Rob Araujo adding a jazzy vibe on keys and saxophone. Ghosts stalk the stage as we are asked to stand in for guest vocalists who can’t be here. “You’ll be Tom Misch and I’ll be Loyle Carner” he says playfully as he launches into Angel off the new album. It’s a brave move to perform such stripped down versions of songs live, but his fans are game for improvisation.

Standout tracks from his first album get some airtime, The Isle of Arran sounds glorious as ever with its lush gospel choir, Ain’t Nothing Changed and No CD for a storming encore with Rebel Kleff bringing plenty of electricity to the duo.

He beams through the entire thing and it’s impossible not to believe him when he claims tonight at the Dome has, without doubt, been the best show he’s played in his life.