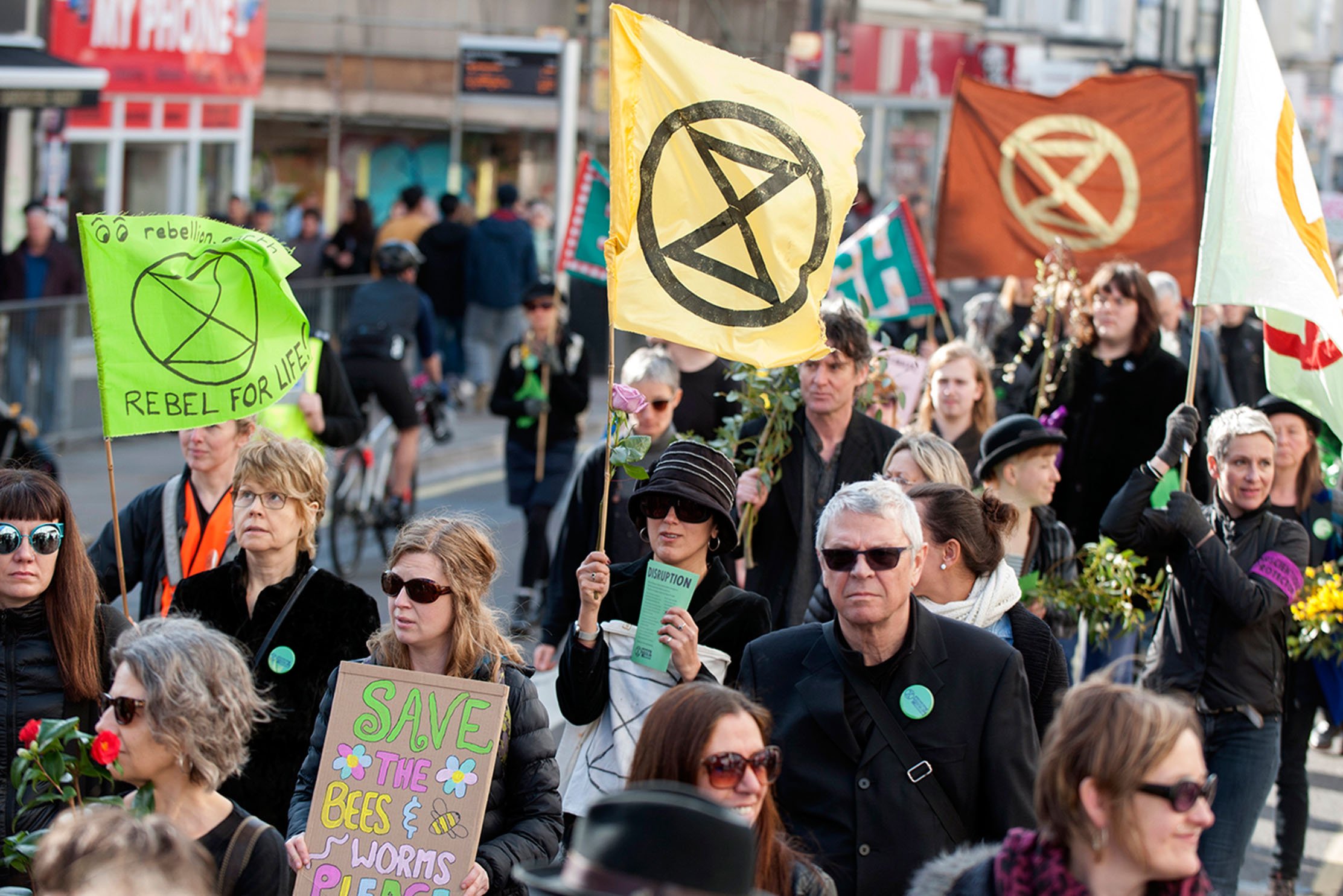 On Mon 7 Oct 2019, activists from Brighton & Hove will travel to London to take part in what is expected to be the biggest act of non-violent civil disobedience in history – as Extinction Rebellion starts its next International Rebellion, which will last up to two weeks.

Extinction Rebellion Brighton estimates that over this fortnight around five thousand local people will go up to London to participate.

In London, the rebellion will be staged over several sites in and around government offices and buildings – a deliberate strategy designed to galvanise Westminster into addressing the climate and ecological crisis. Similar action is planned in cities worldwide, as concern mounts about global inaction on the emergency that is threatening all life on Earth.

Brighton & Hove’s activists will be based at a site on or near Whitehall, where they will be focusing on Extinction Rebellion’s third demand for a citizens’ assembly on climate – which would enhance democracy and bypass the complications of party politics, by tasking everyday people to work with scientists and experts on solutions to the crisis.

Brighton local Hilary Harris, 66, retired head teacher, parent and grandparent, is intending to stay in London for two weeks. She says: “I’m going to London to join the rebellion because I am determined to do whatever I can to try to avert the climate catastrophe that we face. Climate scientists tell us that we are running out of time. By taking action at the heart of government, including being arrested if necessary, I hope that we and others around the world can influence governments to take immediate and decisive action. This is a crisis that affects us all and to do something about it we’ve got to join together and create an unstoppable climate movement. I urge anyone thinking about joining in this rebellion, even for a short amount of time, to do so. We need everybody and we need them now. Our children are counting on us.”

What to Lookout For at Brighton Podcast Festival

The Whitehall site will welcome activists from across the South-East, with many planning to camp in roads despite anticipated cold weather. Many activists from Brighton & Hove have indicated a willingness to be arrested. (A thousand arrests were made overall in London at the last International Rebellion in April, with 20 of those being from Brighton & Hove.)  Others are heading to London to help in other ways, such as providing food, holding placards, or simply adding numbers to the crowd. “You don’t need to be part of Extinction Rebellion already to come along and make your voice heard,” said Ben Kenward, one of the Whitehall site coordinators. “Everyone and every contribution is welcome.”