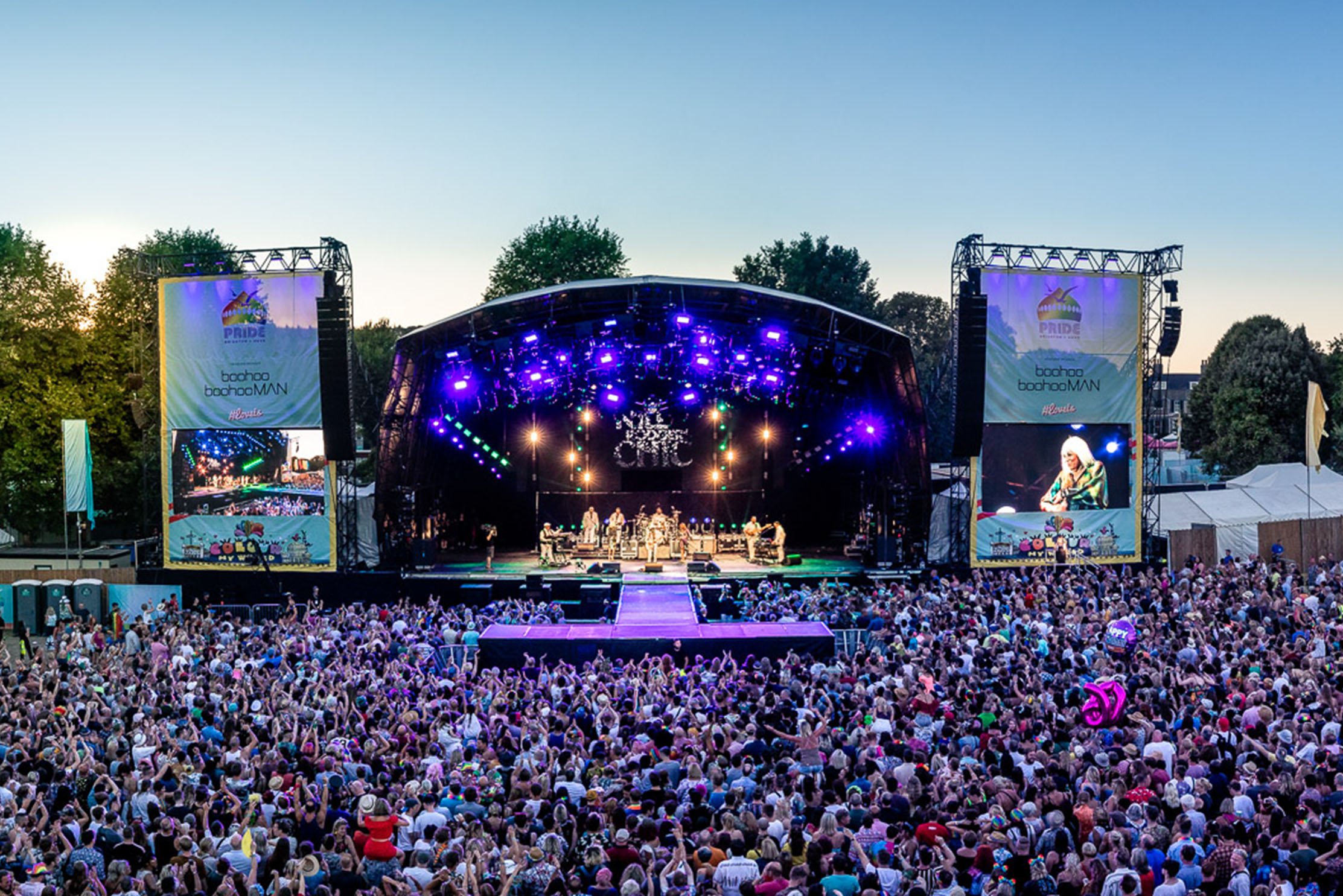 After a weekend of street parties, parades and a live performance from Kylie Minogue at Pride, we wouldn’t blame you if, when it comes to Sunday morning, you’re feeling a bit worse for wear. But what better way to bring the festivities to a close than to unwind in the afternoon sunshine to some live music at LoveBN1 Fest?

LoveBN1 Fest is a more community-focused, chilled out and family-friendly event with activities for all generations to enjoy, as well as showcasing their very own hefty line-up.

Legendary LGTBQ icon, Grace Jones, who is best known for her 70s disco sound and sexually charged performances, has been hailed as the ‘Queen of Gay Discos’, making her headliner slot all the more natural. With an impressive voice, the Disco Diva boasts an extensive discography, most
notoriously, ‘Slave to the Rhythm’, ‘I’ve Seen That Face Before’ (Libertango) and ‘Pull Up to the Bumper’. Brighton is just one of the many Pride festivals Jones has booked to perform this summer.

Global superstar Jessie J is also headlining Sunday’s event with her unconventional music and performance style, blending a mixture of soul with R&B, pop and hip- hop. She is best known for dominating the charts with hits such as ‘Do It Like A Dude’, ‘Price Tag’, ‘Nobody’s Perfect’, ‘Domino’, ‘Bang Bang’ and ‘Who You Are’. Jessie J has also appeared as a coach on The Voice and famously performed ‘We Will Rock You’ at the 2012 Olympic closing ceremony with Queen.

Check out the official Brighton & Hove Pride 2019 playlist on Spotify titled ‘Generations of Love’ to get you in the Pride mood.

There’s also a special BN1 Magazine stage up in the top corner. Here you’ll find a range of Brighton’s best DJ talent, spinning an eclectic range of tunes to keep your afternoon buzzing along nicely.

As well as music, there will be family friendly entertainment available including circus skills, dance tents, street food village, an accessibility tent and a wellbeing area.

What to expect from Neverworld Festival by LeeFest

Celebrating ‘everything Brighton & Hove’, LoveBN1 Fest brings all our communities and Rainbow families together for an afternoon of fun on the park. Brighton Pride is a not-for-profit event, and any proceeds help local groups and charities through the Social Impact Fund, the Rainbow Fund and the Pride Cultural Development Fund.

The Social Impact Fund is the most significant, it has helped lots of businesses since its launch in 2016. Since then, the Social Impact Fund has distributed over £80,000 and last year saw a record-breaking £45,000 of grants being awarded to those in need. Last year grants were given to the Friends of Preston Park, St James Street Community Action Group and Hangleton Food Bank, to only name a few.

First release tickets for LoveBN1 Fest are already sold out, but the second and final release is still up for grabs. Children under 12 can go for free, but don’t get caught out on the day, as child tickets are still required to be booked.