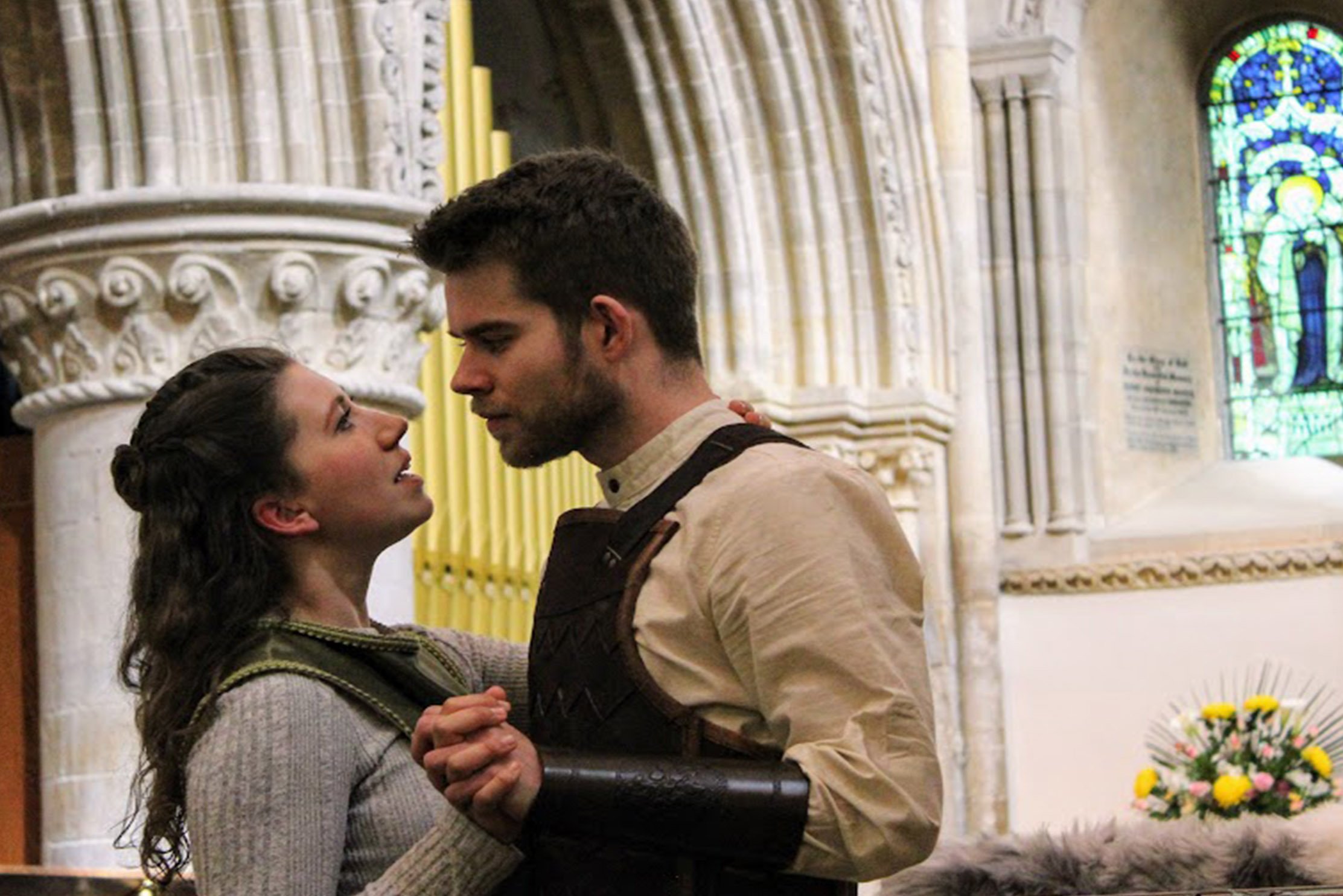 Part of This Is My Theatre’s modus operandi is to stage their adaptations of classical plays in ancient buildings, and this year the young, sparky troupe are utilising Preston Old Church, a phenomenally beautiful space that is as perfect a setting for Macbeth as I’ve ever seen. The players move across the memorial stones set in the floor, flanked by the worn medieval bible scenes on the walls and before the chancel, whose decorated stonework glows with centuries of birth, death, history and hardship.

The young cast, only five strong, deliver a punchy, pacy Scottish Play that is designed to be accessible and enjoyable, and their success was written on the faces of the near-capacity crowd of all ages. Some abridged versions don’t work, being too truncated and mucked about with to retain the Shakespearean magic, but this one does, for two main reasons. Sarah Slator’s adaptation centres on the three witches, who take on the identities of other characters, effectively shape-shifting from place to place, face to face; in doing so they become manipulators of the tragedy, as well as the infamous equivocators of specious prophecies. Secondly, the addition of traditional Gaelic folk song is inspired and works to link scenes, add emotional heft to the unfolding disaster, and seems to turn the entire play into a single folk song or suite of songs, magnificently performed. In this iteration it is a musical piece, a drama and a finely distilled poem.

Though young, the small ensemble display such vigour and commitment that the play comes alive, echoing through the ancient space. In particular, Lady Macbeth’s madness, burdened further by carrying report of the terrible murders of Macduff’s family, chilled the audience and froze every fidgeting child into stony stillness.

This Is My Theatre’s Macbeth continues at Brighton’s Preston Old Church on Weds 15 – Sat 18 May, as part of Brighton Fringe 2019