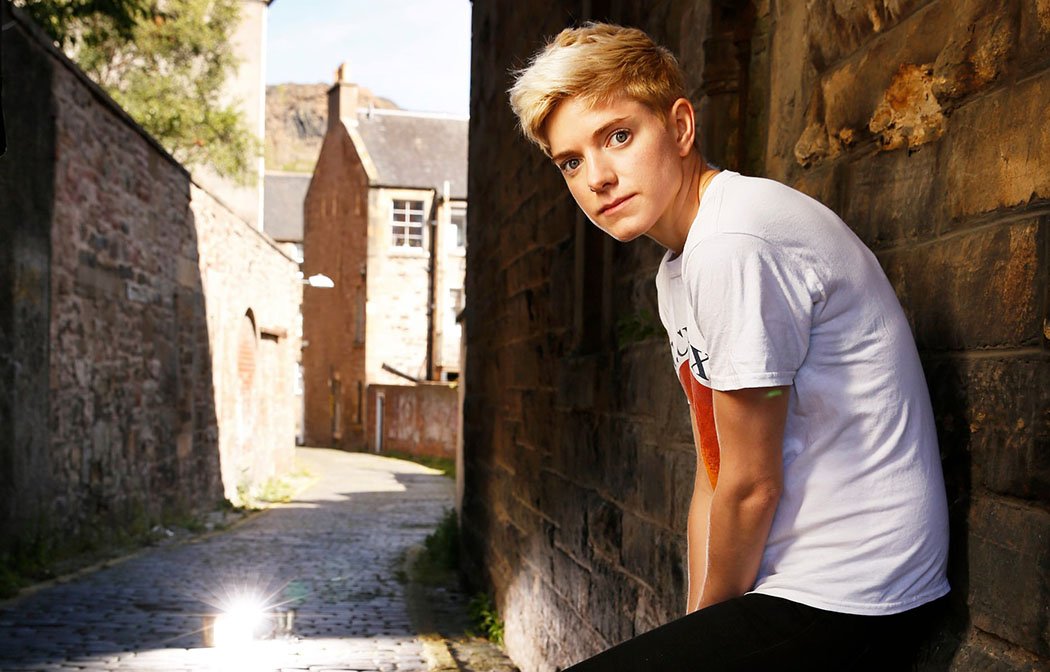 ARE YOU LOOKING FORWARD TO RETURNING TO BRIGHTON? I LOVE BRIGHTON.
I had the best jacket potato of my LIFE in Brighton. I still think about it.

WHAT KIND OF DIALOGUE WOULD YOU LIKE WITH YOUR BRIGHTON AUDIENCE; IS THERE ANYTHING YOU’RE HOPING THEY DON’T ASK?
Nothing is off limits. I want them to put all sorts of questions in my bucket (I don’t know why that sounds like a euphemism). The only questions I find difficult are ones related to niche British politics and referencing people I don’t know.

WHAT’S THE FUNNIEST EXPERIMENTAL GIG YOU’VE EVER DONE?
I did one where a girl from the audience came on stage and we reenacted my recent break up, with her playing my ex. At the end of it I felt like we’d really shared something. Not sure how she felt.

YOU’VE BEEN LIVING IN THE UK FOR SEVEN YEARS NOW – DO BRITS HAVE BETTER HUMOUR THAN CANADIANS? HOW?
How? It’s just different! Audiences are more vocal. And self deprecation reigns supreme. I love it. Canadian humour is pretty close to British, though. Closer than American for sure.

HOW DO YOUR LIFE EXPERIENCES INFLUENCE YOUR COMEDY?
Most of my comedy is really personal and quite uncomfortably exposing, so I’d say yes, massively.

YOUR BBC RADIO 4 SERIES, ‘MAE MARTIN’S GUIDE TO 21ST CENTURY SEXUALITY’, EXPLORES THE MILLENNIAL GENERATION’S SEXUAL REVOLUTION AND ITS DEVELOPING ATTITUDES IN RELATION TO GENDER. WHAT MAKES THESE ISSUES SUCH A RICH SOURCE OF COMEDY?
Everything is shifting and changing all the time so it’s an interesting thing to track and explore. Also it’s so universal – we ALL have a sexuality and an identity, and nothing could be more human.

DO YOU THINK COMEDY SHOULD PLAY A ROLE IN POLITICS?
Comedy has a rich history of social commentary and subversion, so it absolutely must play a role in reflecting the world back at us and bridging divisions and misunderstandings. I wish I was better at political comedy but I leave it to people who specialise in it.

YOU STARTED PERFORMING WHEN YOU WERE 13. HOW DID THOSE EARLY EXPERIENCES SHAPE THE COMIC YOU ARE TODAY?
I had a tumultuous adolescence in and around comedy clubs and those experiences absolutely inform who I am today. One positive thing is that I was able to experiment with different comedy styles and genres and attitudes before the era of youtube, and get it all out of my system relatively early so that in my twenties I knew who I was on stage more clearly.

IF YOU DIDN’T DO STAND-UP, WHAT ELSE DO YOU THINK YOU’D BE DOING?
I have no other qualifications and never went to school so I’d probably be pretty screwed. But probably music! Or I’d like to be Bette Midler’s personal assistant.

DO YOU HAVE ANY MORE EXCITING PROJECTS LINED UP FOR THE FUTURE?
I have a Netflix stand up special coming out in January 2019, and exciting stuff to announce in the coming months, too!

Mae is performing at The Old Market on Weds 17 Oct.

ABOUT US
BN1 Magazine is the leading source of entertainment and lifestyle news in Brighton & Hove. From comedy and theatre to clubbing, music and festival line-ups, we cover a range of events across Sussex and beyond. We can help you find a fabulous vegetarian restaurant, catch an amazing new band at The Great Escape and see a hypnotising performance at Brighton Fringe. Sometimes all in the same weekend… Whether you’re a student and new in town, trying to pack plenty of family fun into a visit or a local planning a massive night out, we’ll tell you everything you need to know. From pubs and bars to art and shopping, it’s time to kiss those lonely blues away in one of the world’s most interesting cities.
FOLLOW US
© Copyright 2019 BN1 Magazine. All Rights Reserved. > Privacy Policy
MORE STORIES
THINGS TO DO