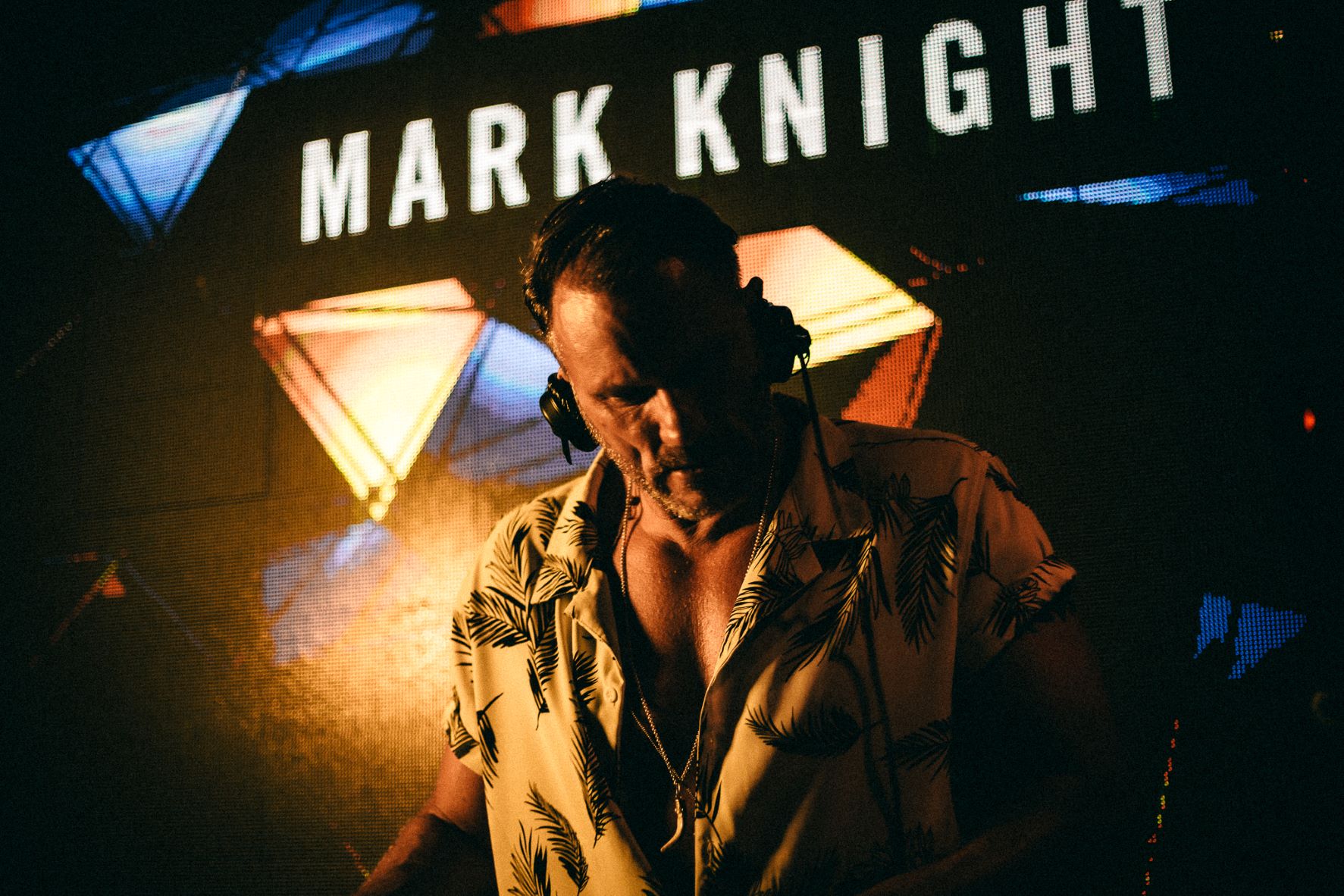 “We spend a lot of time finishing people’s records off, seeing if we can squeeze any more out of it sonically, or with the arrangements.” Mark Knight is considering what’s made his record label unique. Now entering its 20th year, Toolroom Records has gone from pushing out a few lively house records, to becoming an international dancefloor benchmark. “All those details in isolation maybe don’t seem like a lot, but they draw more and more out of the basic ideas.”

His almost obsessive love of music manifested as a youngster, with him collecting music before DJing was even ‘a thing’. And it’s been those rhythms and sounds which stayed with him throughout a career DJing at the world’s biggest venues, producing an enviable ouvere of house music classics and encouraging the next generation of breakthrough artists.

When Toolroom started in 2003, everyone involved had big aspirations for exactly what the endeavour should represent. “There were these labels like Strictly Rhythm and Subliminal which were on fire, and that’s where we wanted the brand to be. I think we’ve far surpassed our expectations, but we’re always striving to grow and improve, and better, what we do.” 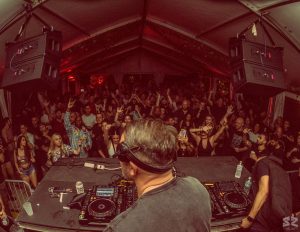 Coming from the position of an artist-focused record company which runs huge events to reach a wider audience, rather than a clubbing brand deciding to put out a few tunes to enhance their profile, has undoubtedly helped the brand’s evolution. “If you’re a club night trying to start a record label, maybe 5 or 10% of the audience in that club buy music. You need to get an organic growth through DJs and industry support and build on it. Then you can take it to the masses, and say: ‘Collectively, this is what we stand for.’”

The business’s Toolroom Academy programme has recently developed into a huge part of operations. This seeks to overcome many of the traditional barriers between emergent talent and the music industry. “It’s become like a steamroller which we can’t control or keep up with,” he jokes. “We’re very much aligned to what a football academy would be like. You’ve got this entry level talent, but the ultimate dream is to play for the first team. We’ve got kids coming through, who do online courses, then get one-on-one tuition, then get signed to the label, and ultimately want to play at our club events.” From a range of on-demand production tutorials, to offering the world’s first record label-based degree, this is a bold innovation in music education – creating communities and nurturing the next cohort of producers and DJs. 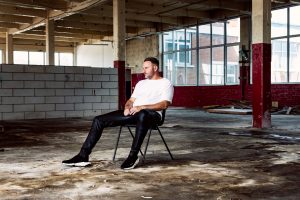 Knight admits he’s infatuated by football as much as music, keen to take influences from both these passions to see if they can cross-pollinate. In many ways his role is like that of a Premier League manager. Constantly he’s scouting for the promising newcomers, honing their skills and offering all the support they need to bring their ideas to life on record. “It makes a lot of sense to have talent coming through the system.” One recent success of the label’s mentorship is Maxinne, who has quickly established her name in recent years – boasting an impressive slew of releases on Toolroom Records and her own imprint, Red Alert. Alongside her is Weiss, whose own output has seen him playing over 100 shows in 2019, including Creamfields, Electric Zoo, along with key showcases in Ibiza, Miami Music Week and ADE. “It’s no big deal to send us music, and we’ll get on it, listen to it and come back to you. And if there’s something there, we’ll work on it to make it the best it can possibly be.”

Toolroom was established just as the digital age started changing the nature of the dance music industry. Labels started to turn away from physical media, and a range of new platforms and portals were taking advantage of brisk development in hi-tech solutions. “That was the key to our success, that ability to grow and adapt. We did start out with vinyl, but we were one of the first people to sign on with Beatport (a dance music online store).” Toolroom were also quick to identify the opportunities offered by streaming. Their Toolroom Radio shows now reach over 13.5 million people in 60 countries across the world. Adapting to technologies, trends and fashions is key in an industry which seems to be evolving on a weekly basis. Things have never been so accessible, whether it’s through social media or email. But at the core of everything, he says there’s a certain pride in just being some blokes putting records out and having a laugh. It’s clearly important to maintain an organic and fun approach to what they’re doing. 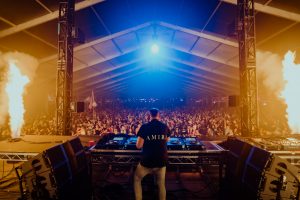 When the pandemic struck, Britain’s night-time industry was one of the first commercial victims. Although, perplexingly considering the complete absence of venues playing their music, Toolroom have recently enjoyed a boom in trade. “People were just sitting at home making their own mixtapes. The clubs had been stripped away, so that was the only way to access this music. We were more focussed as well because we didn’t know what was around the corner. There was a focus on just putting music out.”

The lockdown’s brutal impact on Knight’s touring schedule suddenly meant he had some time for the album he’d always wanted to produce. Last year’s Untold Business is the translation of the numerous musical inspirations which have delivered him to this point. Using keystones from his extensive record collection, it pulls together shades of classic funk and disco to build a dizzying collection of soulful, vocal-led house music.

Featuring contributions from artists as diverse as Beverley Knight, the London Community Gospel Choir, Michael Gray and Robert Owens, it gives a glimpse of his life-long love affair with dance music. “The idea wasn’t to put out 12 club bangers, but to put out 12 songs which you can play when making dinner, or having a barbecue, or if your mates have come round before you all go out. It’s the warm-up before the main event. I wanted to do a project like that, and not be constantly focussed on writing those ‘2am moments.’” He says it’s rare to find the extensive space and time to focus on a project like this, simply because he’s caught on a constant cycle of producing, performing and running the label.

Compared to some of his peers, he might not be a household name. But, if you’ve been to a club or festival in the last decade, you’ll have heard his dancefloor-oriented music. And his productions with more acts like Underworld, Faithless, Calvin Harris and his Grammy-nominated work with Black-Eyed Peas have thrust him into chart territory. And then there’s the remixes. There’s a ludicrous amount of remix work he’s done. The list of artists eager to get his epic sound lent to their records is almost endless “I like to constantly push myself as a producer and grow what I do. It’s a bit monotonous to just do club records.” 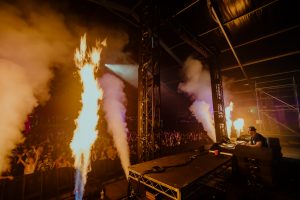 As nightlife starts to get back to business, it’s also time for Toolroom to crack on with delivering quality house music. Shows continue as an access point for people to come and understand what they’re about. This month the label returns to clubland with a special Toolroom Weekend. Staging simultaneous shows at London’s Ministry of Sound and Brighton’s Concorde 2 on Sat 26 Feb, Knight joins a range of his brightest talent to show that, even after 20 years, the label remains as ambitious and innovative as ever. Then straight after that, he’s got bookings in Montreal, Tallinn and New York. “It’s a very global thing, but it’s really nice to do shows in your own backyard.”

For any music brand trying to establish an identity, perhaps the pinnacle of their achievements is creating ‘a sound’. “You might hear something on the radio and think: ‘That sounds very Motown’. You associate a certain vibe with a certain label. We have that with our brand.” Knight says even his mates, who don’t work around the music industry, can still distinguish Toolroom releases amongst the static of everyday dance music offerings.

Whether a track they release is techno, soulful house or tech-house, what unites them all together is a huge drum sound and driving dynamics in the rhythm section. It might sound lively on a car stereo, but in the sweaty confines of a dancefloor, these tunes take on a life of their own. This aesthetic and forward-looking culture is what has elevated the planet’s busiest record label to the position it enjoys. “That’s something I’ve always aspired to do. It’s flexible, but there is a thread which ties it all together. They’re all held together with an ethos. If we’re going to put a Toolroom record out, it has to be that good.” 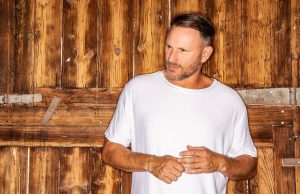