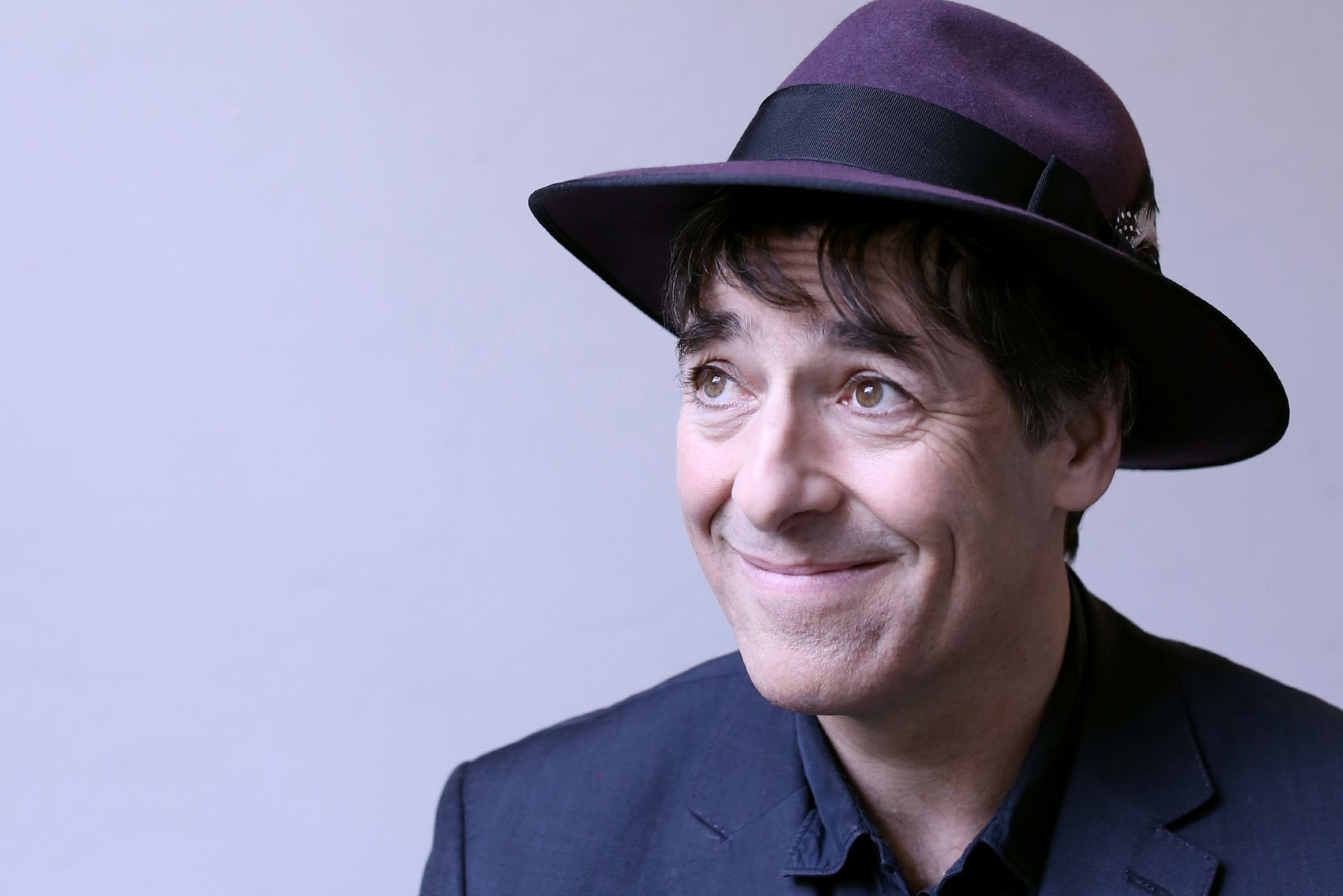 “It’s a good time to be talking about this, because I’m just now becoming terrified…” Mark Steel is limbering up for (perhaps) a new stage in his acclaimed comedy career. While life is clearly complicated enough doing comedy in English, he’s developed a show which is performed entirely in French. At face value it’s a bold move, especially considering the average British resistance to anything ‘too foreign’. But then a 2006 European Commission report suggests 23% of UK residents can understand a basic French conversation. And there’s also the 300,000+ French nationals living in the South-East to engage.

Steel has been learning French for a few years, proficient to the point where others will laugh at his jokes, so he must be feeling quietly confident in his abilities. It seems like a natural extension of his award-winning BBC Radio 4 programme and tour show, In Town – a free-wheeling concept which lifts the lid on endearing and bizarre local quirks found across the UK. There’s a plethora of communities where something seems quite innocuous but remains inexplicable to the wider world. “In France, it’s often even more so. The culture in Paris is completely bonkers to the average outsider. But, in a beautiful way…” 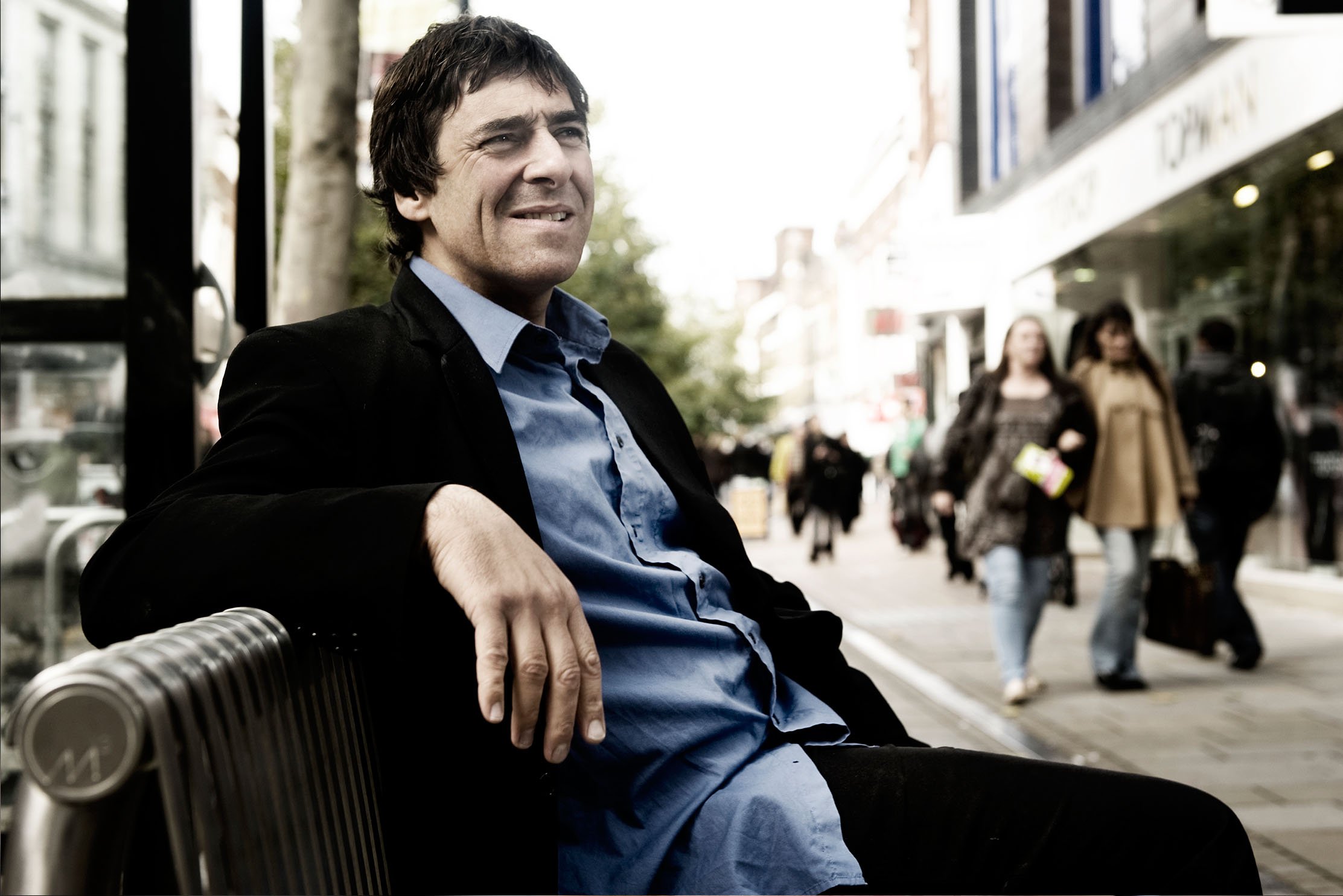 Talking to Steel, it’s clear he delights in discovering new things. Whether it’s the thrill of learning a new language or the unbridled joy of observing the banal, awkwardness and illogical behaviours of his fellow humans. And now he’s scrutinising a culture which (bizarrely given its proximity to Britain) can seem very different. “I’m going to try some stuff I’d normally do in English, and there’s lots of things about Paris.”

“I love it when places live up to their image. I remember going to New York and in the airport there was someone screaming: ‘Asshole! Get out of the way!’ I thought ‘FANTASTIC!’ The tourist board must have put that guy there. It’s exactly how it’s meant to be… and in Paris there’s that insouciant shrug from a waiter, when they’ve brought you the wrong thing and just walk off. It’s just magnificent.”

The traditional British sense of etiquette deliberately avoids directness, heavily relying on subtext, nuance and an enduring faux politeness. Which is all good when navigating life at home, but visits to far-off lands can present a few challenges and misunderstandings for the unwary. He recalls trying to visit a Parisian museum, asking a security guard where the entrance was. Following his directions, Steel was bemused to find the institution closed. “I walked back and said to him ‘you knew it was shut, didn’t you?’ He just said ‘Oui’.  I was like ‘Pourquoi m’as-tu envoyé là-bas?’ (Why did you send me there?) and all he could say was ‘Je ne sais pas’,” Steel recalls, with a roar of laughter. “The sheer upfront rudeness of it is great, whereas with the English it’s all a bit more under your breath.”

Before lockdown he was visiting France regularly. On one trip, he was queuing up for the ferry while everyone’s tickets were being checked. “There was this family in front of me who didn’t seem to speak English. The mother asked: ‘Excusez-moi Madame, nous avons réservéles billets pour le bateau qui part cet après-midi. (Excuse me Madame, we’ve booked tickets for the boat which leaves this afternoon)’. And this woman at the desk said: ‘Oh, don’t talk to me in French. My French is shit…’ That’s so brilliant! She’s working there all day, and never learned even a small bit of French.”

There’s a segment in En Ville where he ponders if it’s actually illegal for the English to learn any other languages, because we think doing so might cause the universe to implode. “But… but… if we meet a Dutch person who speaks 64 languages, we still think we’re cleverer than them, because they speak English with a slight accent.” He suggests that the days of empire, when many countries were forced to adopt the mother nation’s customs and language into their culture could be a source of this broad polyglottic disinclination. That period of history fostered a sense of Anglo-exceptionalism which has manifested in many bizarre ways. Such as the persistent belief England will ‘obviously’ triumph in the World Cup. “Despite all the scientific evidence suggesting otherwise… We’re astonished when we get knocked out, as if the natural order has been disturbed. There’s suddenly all these teams which are better than us!” He suggests there’s also an aversion to trying too hard, because we innately believe we’re the best already.

When he was at school, he says he was taught that England was unquestionably the best country because it has the right amount of everything – from weather to animals. “I literally had a teacher who used to point at the map, saying: ‘This was ours… this was ours…’ It must affect you, if you’re brought up to think you’re naturally superior. It’s a bit like a someone who just decided to support Manchester United, and now they’re all confused because they’re getting beaten by Wolves.”

There’s an argument to be had around the flexibility of spoken English, something which can make it difficult for native speakers to adapt to the more demanding structures of some foreign tongues. “As English, we don’t ‘know grammar’. I never know about objects and subjects. When you say ‘qui’ or ‘que’ took me ages. Then I started realising how it made sense in English. But I still don’t really know how ‘whom’ works. How anybody foreign learns our language, to understand all the random grammatical rules, I don’t know.” The one bonus for an English speaker is that it’s reasonably intuitive, and easy to make yourself understood. With more formal languages, for example German, even a single word out of sequence can render a simple sentence into utter gibberish.

Say almost anything in English, and it just comes out ‘right’. And it’s a rapidly evolving language, effortlessly assimilating modern slang or foreign terms into everyday usage. “You do get people going: ‘Oh these youngsters with their ‘give it me, fam’ and ‘mash-up, bruv’ are terrible. But there’s nothing wrong with that. Our language is always moving forward.”

He’s just written an account of his adoption, detailing the recent search for his biological parents. Who Do I Think I Am traces an emotional and slightly strange journey through a complex world of social and cultural divides. This hilarious, endearing and insightful book explores the attitudes and decisions which have similarly impacted so many people. “I’m really pleased with it. But what I was really pleased with was when it came back from the proof-readers, with all the grammatical errors, there were more errors in English than I usually get in French…”

Steel has honed these language skills with the help of a woman in Holland, who’ll often set him little grammar exercises but generally they just chat online in French. “They’ve got some great phrases. To snog someone is ‘Rouler une pelle’ – literally to ‘roll a shovel’. It’s not so romantic though!” He says it’s been a fun endeavour, especially as he’s achieved a standard where he can perform an entire show in French.  Given a couple of years, he’s even considering taking the En Ville show around France. “When you try out new material in your own language, it’s quite a gamble. But I’m really looking forwards to it. What I’d really like to do a series of these shows over there.”

“I think that French stand-up, as far as we understand it, is relatively new. It’s not like it is here or in America. There’s more clowning, or they do an act like Florence Foresti. She does all these amazing characters, like a woman called Brigitte who’s in her 40s and wears a lot of short skirts. Someone just standing there chatting is rarer. But there are no rules.” 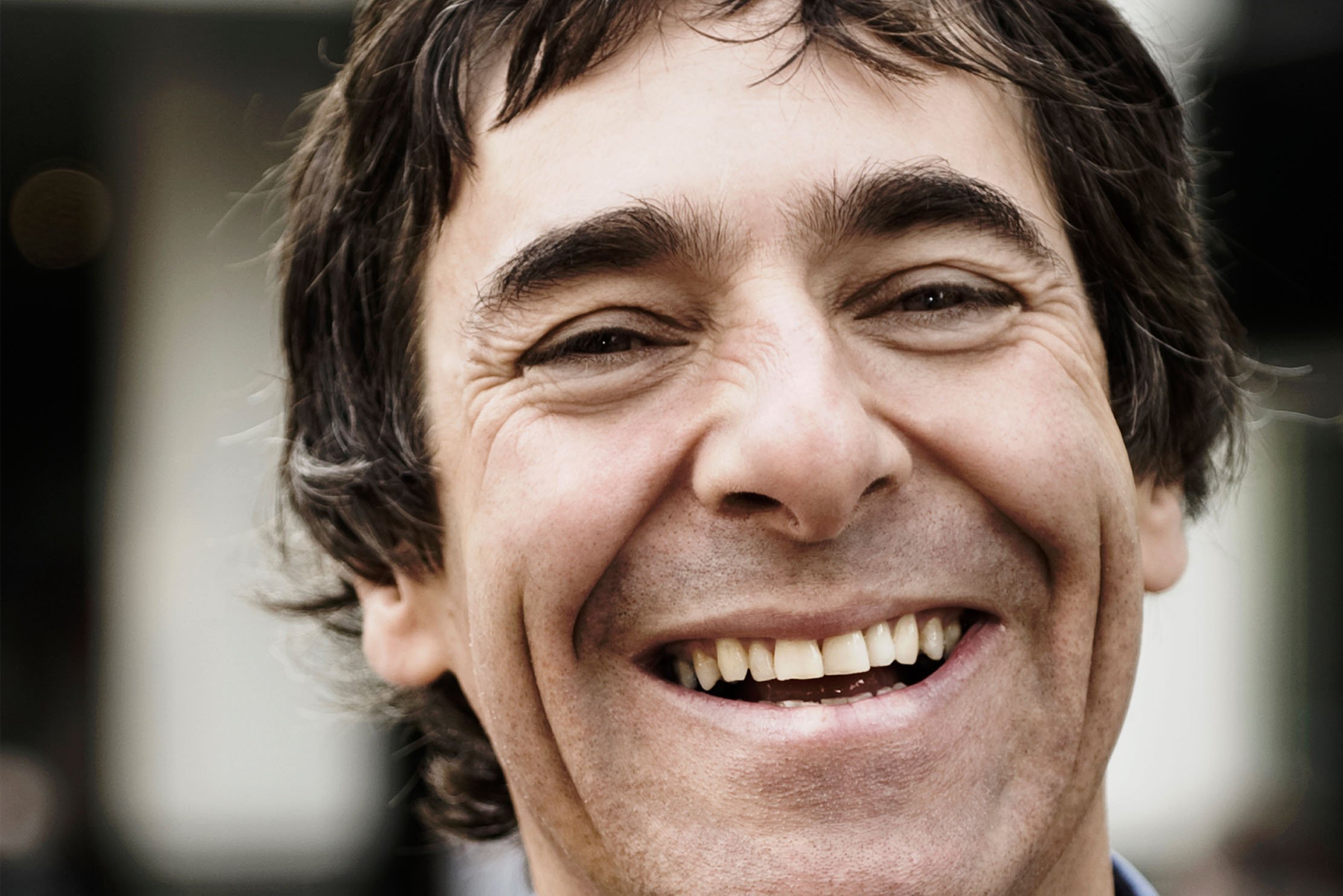 Anna Morris: It’s Got To Be Perfect

His friend Eddie Izzard, who has been performing shows in French for a while, has offered some inspiration. “I saw him in Paris about three years ago, where he was trying out a show on this lovely little boat on the Seine. It was a day with a lot of rain, so it had flooded. You could only get onto it by clambering up this little rope ladder thing. In this country it would have been cancelled because of health and safety.” Izzard’s style is quite visual, whimsical and languid, as opposed to Steel’s more direct and galloping delivery. So, is there an increase in complexity? “I do rattle along at a ridiculous pace. Which makes it particularly difficult. Am I talking myself out of doing it? By the end of this interview, you’ll be writing: ‘Mark said: ‘What the funk am I doing?’ and gave up the whole idea,’” he says with another big laugh. “No, I’ll be alright.”

He admits you may not get a great deal from En Ville if you speak no French at all. “It’d just be someone making silly voices.” Comedy, by its nature, is a difficult enterprise which relies on the developing of concepts and ideas. Learning a foreign language offers a new structure for the expression of concepts and emotions so maybe there is some small intersection between the two ventures. Or maybe I’m reading too much into it all. Perhaps it’s more about the myriad joys of trying something new and beyond your normal comfort zone, just because you can… “The first time I said to someone: ‘Jes cherz la rue de la gare’ or something, and they actually knew what I meant was just amazing. I’d made this strange noise and they knew what I meant. How great is that?”

Mark Steel’s En Ville comes to Brighton’s Komedia on Sun 23 Jan and London ‘s Museum Of Comedy on Fri 28 Jan 2022. His book, Who Do I Think I Am, is available now, via Audible.