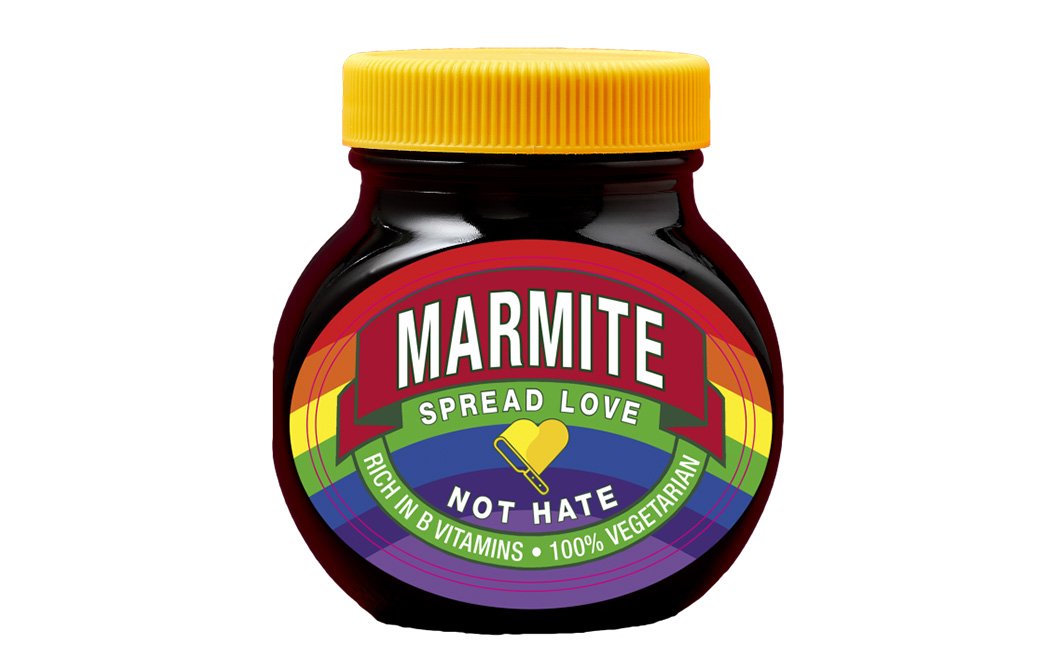 Iconic British spread Marmite is calling on the nation to ‘Spread Love Not Hate’, to show its support and solidarity for the LGBTQ+ community.

The limited-edition jar sees Marmite’s famous tagline ‘Love it or Hate it’ replaced with ‘Spread Love Not Hate’. The toast icon has been swapped in for a heart and the signature yellow and black colours have been changed to the rainbow flag, in honour of the symbol which has represented LGBTQ+ groups and their diversity for over 40 years.

The tasty toasty topper is also giving back to the community through its partnership with Stonewall* by donating 25p of every limited edition jar sold to the charity which campaigns for the equality of lesbian, gay, bi and trans people across Britain and abroad.

Commenting on the decision, the Marmite brand team said: “Marmite may be known for dividing the nation with our spread, but if there was ever a time to encourage love and harmony, it’s now. We’re proud to show our support for the LGBTQ+ community through our partnership with Stonewall.”

The limited-edition Marmite jar will only be available to purchase online at https://social.marmite.co.uk as part of its personalisation offering – which allows people to customise each jar with a name or message – until the end of August, costing £5.49.

The Marmite ‘Spread Love Not Hate’ jar joins the family of limited editions launched by the brand, including a commemorative ‘Ma’amite’ jar for the Queen’s Jubilee, Marmite Guinness, Marmite Gold (containing real flecks of gold) and its Summer of Love jars, spreading peace, love and hippy vibes across the nation.