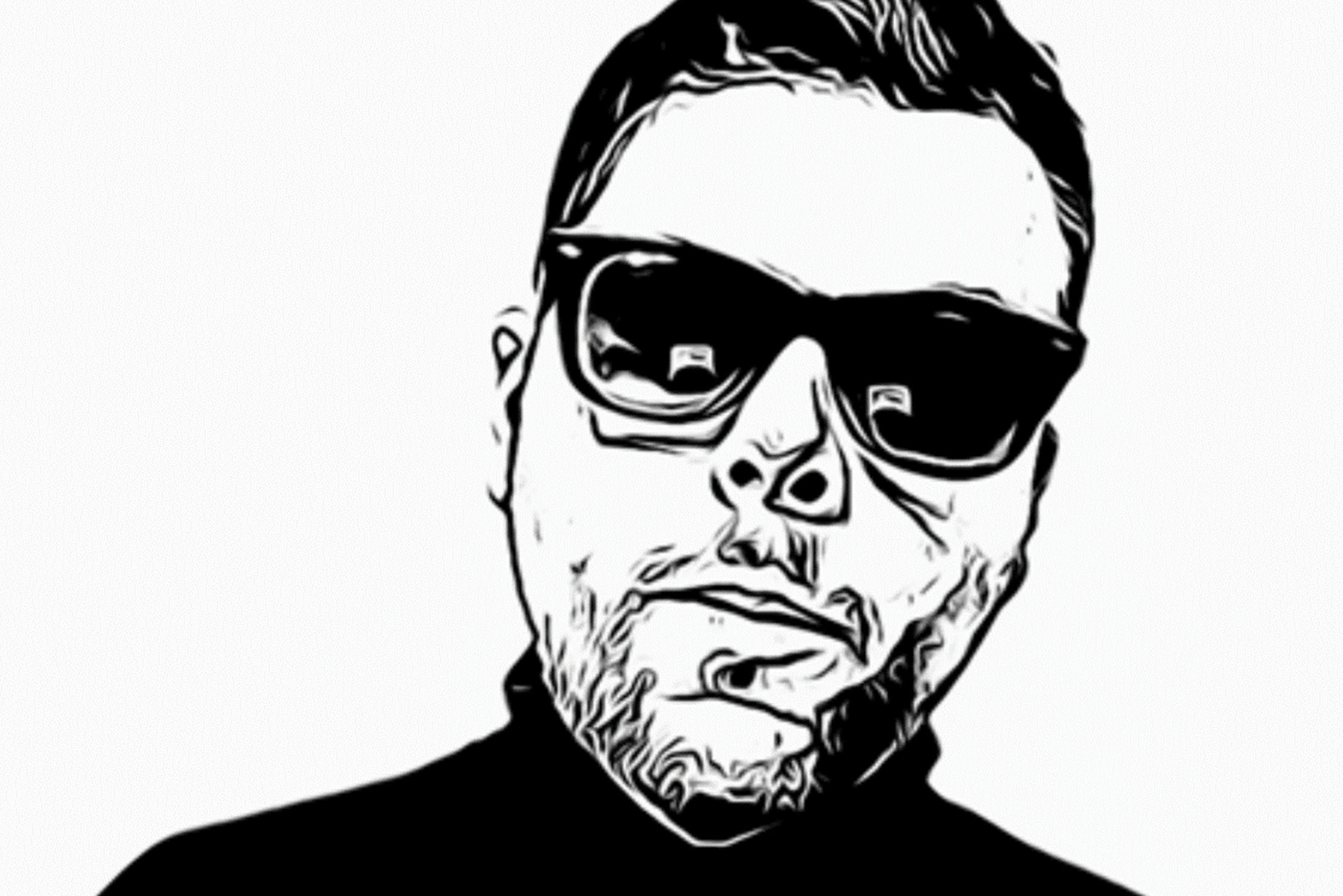 With his debut solo album, Matt McManamon has not only fashioned a pristine selection of compelling guitar pop, but perhaps coined a genre which covers a proud musical tradition. Released on Fri 28 May, Scally Folk offers an autobiographical work which should surely see him seal his position amongst Britain’s finest singer/songwriters.

His first recorded release since the split of a widely-adored The Dead 60s in 2008, the album finds McManamon reconnecting with the sounds of his roots. Recorded mostly with an acoustic guitar, it brings together hints of classic Merseybeat, psychedelia and the iconic Liverpool jangle-pop. He pays tribute to the city that made him, while delving deeper into some of traditional sounds associated with his Irish heritage.
Recorded over 14 days at Transmission Rooms Recording Studio in Co Longford, Ireland, the sessions brought together a a talented group of musicians including Vinny Redmond (Angel Pier), Enda Mulloy (Biblecode Sundays), with additional contributions from Andy Nolan (Biblecode Sundays), Kane O’Rourke (Nathan Carter, Derek Ryan)  and critically acclaimed American singer/songwriter John Murray. Also helping bring McManamon’s vision into vivid focus was percussion and production from the celebrated Mick Cronin (Shane MacGowan, Kodaline, Noel Hogan of The Cranberries).
With The Dead 60s, McManamon released their self-titled debut in 2005, followed by five UK top 40 hits and over 100k sales in the UK alone. They would tour with acts like Morrissey, Kasabian and The Coral, along with feverish outings everywhere, from   Glastonbury to Top of the Pops. In more recent times, he’s been performing with The Specials as their live guitarist.

Scally Folk is record looking at the passing of time and finding your place within it. He brings a balanced mix of his own musical obsessions, platforming his talents as a songwriter and storyteller. While it takes inspiration from the past, it also offers a bold nod to what lies in McManamon’s future.

With Scally Folk dropping on Fri 28 May, we speak to Matt McManamon about the Liverpool sound, the pressure of being a solo artist and his love of music.

Was there a direct intent to set yourself apart from the music of The Dead 60s with Scally Folk? Or did you see the album as a natural evolution of your music?

Yes, I strongly felt that if I was going to embark on another musical journey/career, it was paramount not to repeat the style of music or genre I was associated with in the past. As an artist & songwriter I’m very keen to move forward and begin a new chapter trying something I’d never done before. Trying to emulate The Dead 60s was something that didn’t ever enter my head!

From an early age, I’d always been interested in pop-punk, classic indie, power-pop & traditional Irish folk music, so in a way I’m probably being more true to myself as a musician, I’d always harboured desires of writing and recording an album combining the aforementioned styles, but I suppose I was always slightly hesitant and fearful that no-one would ‘get It!’

There was definitely a lack of confidence from my part, but once I (finally) took the plunge, any fears or reservations quickly disappeared, the response so far has been highly positive in every way, there’s a small part of me that wishes I’d got cracking sooner, that being said I’m a big believer in the ‘Everything happens for a reason’ theory…….and it’s now the right time for me to go at it again!

This new collection of songs is intended to be autobiographical. Was there anything you discovered about yourself, and how your attitudes were formed, during the songwriting process?

It is very much an autobiographical album indeed, my attitudes were 100% formed by life experience, whether they were good, bad or indifferent. I love the idea and concept of being a storyteller and it’s even better when my stories I write and sing about often resonate with the listener. To be able to achieve that connection can be a really special feeling and it’s something I hope will continue long into the future.

I always had a fascination with the tales from ancient Ireland, of how back in the day (I’m talking 200 years ago) folk singers, would rove around the island of Ireland, gathering the news and essentially gossip they had heard on their travels and immortalise them through song, and each village, town or settlement they would come across, the news would be relayed in song form. I’m sure in a past life I was a gypsyesque folk singer!

Is there more pressure releasing an album as a solo musician, knowing that everything is now solely hung on your abilities and ambitions?

There’s less pressure I feel. Musically and lyrically,I write what I want, and do what I want.

I do have a wonderful band of musicians around me that I can & often do bounce ideas off, but I very much steer the ship so to speak in the direction of the vision and ambitions that I have. I welcome this role, and it’s highly rewarding when my best laid plans reach fruition, often eclipsing my own expectations. It’s addictive, each new song or project makes me more & more determined to better the last. 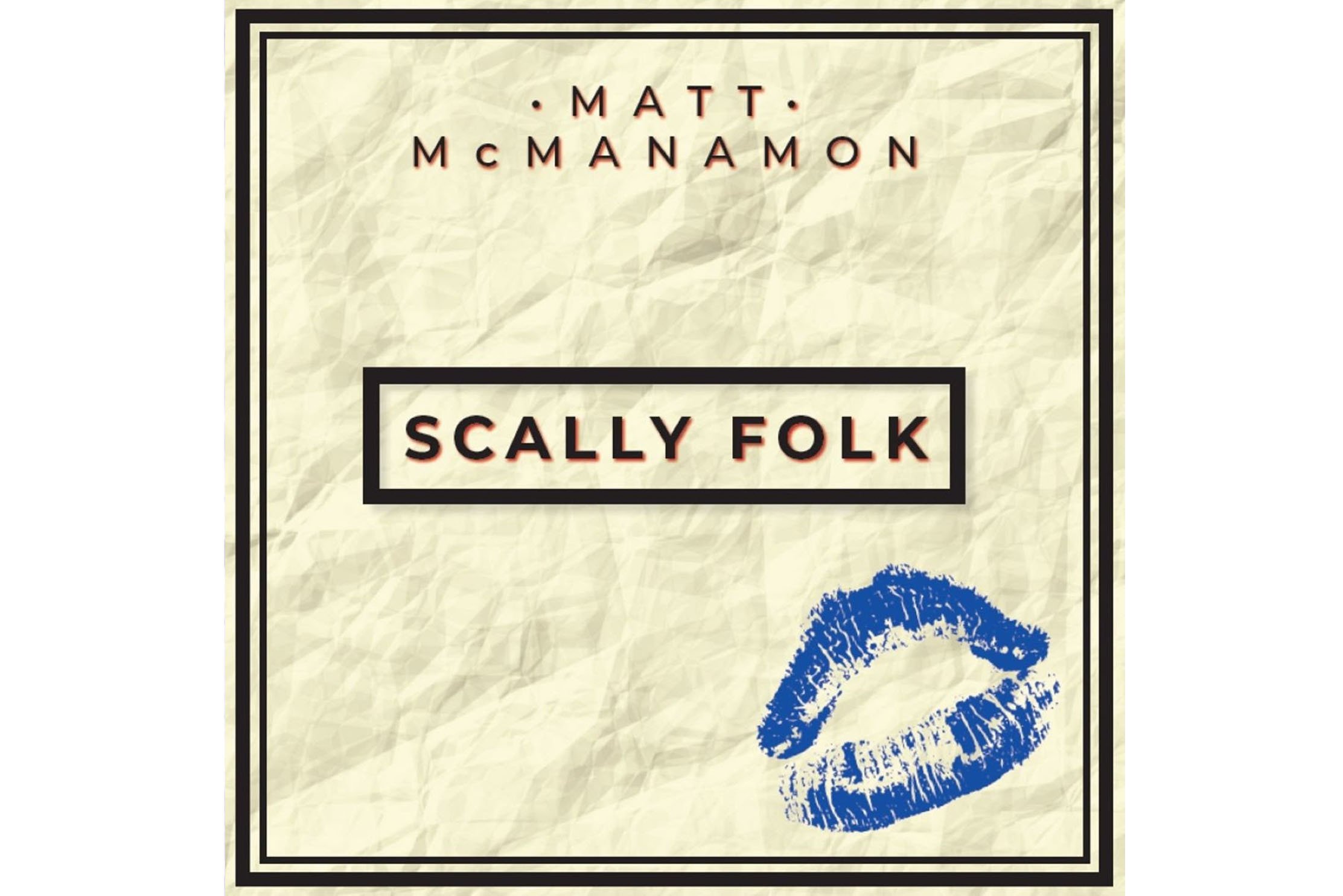 The album offers a selection of perfect guitar pop, occupying the point where folk, indie and Americana intersect. So, it draws comparisons with Ian Broudie, Ian McCulloch, late-period Joe Strummer, Lloyd Cole and Pete Wylie. Were these artists big inspirations when you were younger?

In my teenage years I was completely obsessed with Joe Strummer and through my life I’ve always found him and his music a huge inspiration, Ian Broudie actually produced some of The Dead 60s early material, it never saw the light of day though…..and I’ve been on the ale several times with (Liverpool legends) Mac and Wylie. All those artists would have always been on my radar and hovering around in my musical psyche, and no doubt have had a subconscious effect on me……but…….it would have been Strummer that had the biggest impact on myself.

Had your songwriting process changed with writing this album?

No, the process has remained the same for me, I always write on acoustic guitar in a completely stripped back manner and as the song(s) evolve(s) to its (acoustic) completion, then I start to think about drums/percussion, bass lines, guitar parts etc, etc.

I do think my songwriting has changed, in the way that it’s got better, and it’s continuing to get better & better! …which I’m obviously delighted about, I guess I’ll just ride it ‘till the wheels fall off!

If you were to discover the formula for creating the perfect song, would you use it? And would you share it?

I don’t think I’d have any interest in it. If I was using the perfect song formula or anybody else’s formula, then it just wouldn’t be me.

I have my own formula that is unique to me, and that does me just fine, I’d always prefer to create off my own back. I don’t think a perfect song formula would be very satisfying as far as I’m concerned!  …but …then again! Ha-ha.

Is there any chance ‘Scally Folk’ could evolve into a distinct genre? It seems to perfectly sum up a huge swathe of music. I’m surprised nobody has struck on it before…

I think it could do!

I’d be delighted if it did, to my knowledge no-one has really ever combined the styles that I do, yet there definitely appears to be a market for it, anybody who has been exposed to my solo material so far has really liked and enjoyed it.

There was a time when I was seriously concerned that anyone who was aware of me & the musical styles I was associated with in the past, i.e., Ska, Punk, Reggae, Dub, etc, would definitely not like it at all, but I’ve been genuinely and pleasantly surprised In the fact that I appear to have been proved wrong.……so far!

What’s next for you? I’m hoping there’s going to be some sort of live shows at least…

Yes, there’ll definitely be some live shows, it’s been so hard to make any plans on the live front with any confidence, but as we seem to be emerging from the current pandemic, plans are afoot, a November UK tour is currently pencilled in for starters, with more to be added.

For the last 18 months I’ve been writing my memoirs Giz A Gig! A Personal Journey Through The Liverpool Music Scene & Beyond this is now entering the home stretch, so I’ll be completing that, with the hope of getting it published in the very near future.

I’ve also finished writing my second solo album, and have even begun demoing it, so hopefully I can start properly recording that ASAP! Some busy and exciting times ahead I feel, and I truly can’t wait to share it all with the general public.