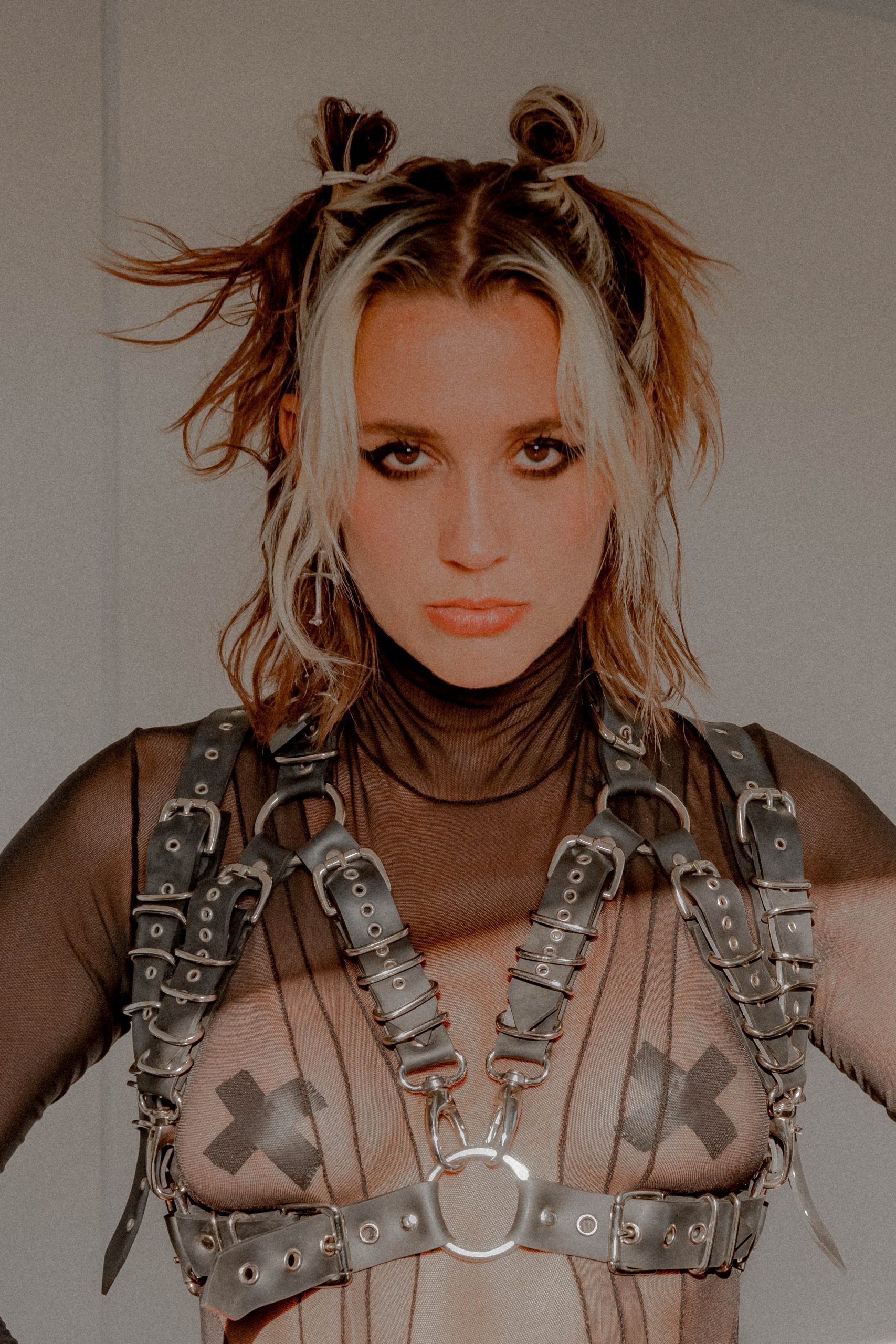 You’ve met Brighton’s trailblazing musicians, actors and artists, forging vibrant careers on the international stage with trademark originality. In this series, we introduce you to the people who make it all happen, who make Brighton the culturally renowned city it is from behind the camera, behind the mixing desk, back in the green room.

In this issue, we meet Bridie Cummings, a Brighton-based photographer. Bridie’s camera has taken her across Europe on tour with some of the world’s most exciting acts. Her style – which balances boldness with a sense of intimacy from her subjects – has also made her one of the South East’s most sought after photographers for musicians and artists. BN1 chatted with Bridie about the incredible people and stages she’s shot, how she works with her subjects, film vs digital and of course, how to take a great photo.

Yes! So I studied photography at A Level and already knew I enjoyed having a camera in my hands.

There are so many amazing photographers out there – my older sister Katy Cummings has been a massive influence on me. She’s amazing. When I was at uni she went off on her first ever tour with The Hunna who ended up taking her around the world. She was a fly on the wall for every little moment, and being so in love with music, I thought, “right, I want to do that too!”

You’ve been a big part of the Brighton scene, photographing everyone from Blood Red Shoes and Yonaka to Demob Happy and Penelope Isles. What have been your highlights?

Oh gosh, there have been so many “pinch me” moments, it’s honestly difficult to pinpoint.

My first ever tour was with Demob Happy on their UK run with Jack White, that was crazy. Jack’s a genius, he didn’t play to a set list and just played whatever he felt on the night. On the last night, he invited us into his dressing room to have a drink with him. I just remember him sitting in the corner soloing on a custom guitar that a fan had made for him.

I’ve honestly had so much fun with all the bands I’ve worked with – I found Yonaka super fun to work with because Theresa is such a fun subject! She’s always up for trying all my crazy ideas and absolutely loves being in front of the camera. We have a lot of fun. Being on stage at the O2 arena with them was almost too much to handle. The stage is actually much smaller than it seems, but the venue is absolutely mega and you’re absolutely bursting with adrenaline from the moment you get there.

Being on the main stage at Reading Festival after Covid with the Demob boys… Being with them for years I’ve had the pleasure of watching them grow. That was super emotional.

Another recent pinch me moment was standing in a music room backstage in an arena with The Amazons and Royal Blood while they had an after show jam session. Two incredible rock bands jamming in a tiny room with a disco ball straight after coming off stage and performing to thousands of people in a sold out arena? Surreal.

Shooting Tigercub playing a sold out show at Chalk was also super fun, literally the entire venue turned into a mosh pit. I’ve never seen anything like it!

What do you most enjoy and look for in a subject? I imagine a person who can relax in front of the lens is a big one!

I love working with people who are relaxed in front of the camera, but I know that’s not the easiest thing, as it’s quite a weird experience having a lens to the face and trying to act natural. I always try to make my subjects feel as comfortable as possible, get them to put on some music they like, get the drinks flowing if they want and just get in a relaxed party mode!  I tend to converse with them throughout the whole experience and get them relaxed and laughing. By the end of the shoot they probably know my entire life story! Haha!

Many people might not know that photographers are now a regular part of the team on tour. What’s it like touring as a photographer, and what are you trying to capture?

I won’t lie, being a tour photographer is hard work. It really is. There have definitely been meltdown moments. But it’s also so rewarding. Typically on tour, I’ll be editing and capturing from the moment I wake up (8am-ish). I try to get up before everyone else does so I can get content ready to post on socials before lunch time from the night before so the photos are posted while it’s still relevant and fresh in everyone’s minds.

Once the band are up and ready for the day, we’ll be out and about with the camera capturing every little moment right up until the early hours of the next day. I’m trying to capture photos with meaning that the fans can relate to, I want people to almost be able to hear the music and feel like they were at the gig when they see a live shot I’ve taken on instagram.

Being a music photographer is a very unique position because you want to slot yourself into the team very quickly and make them feel like they’ve known you for ages. Usually the band have been together for a long time and know each other very well, and in order to get the best content and have the best time you don’t want them to feel awkward and uncomfortable in your presence, especially as you’ll essentially be living together for weeks!

Great Escape takes over the city this month – what are you looking forward to?

Yes! I’m so excited, I love TGE and I’m so sad that we haven’t had it for the last couple of years. This year really is going to be better and bigger than ever, without a doubt!

There are so many acts I’m looking forward to seeing, The Amazons in particular are some of my best friends, so having them play here is going to be super fun. I’m also really looking forward to Eloise, LibraLibra, July Jones, Beach Riot, Cassyette, Dora Jar, Alfie Templeman, SO MANY AMAZING ACTS THIS YEAR!

What would you tell a young photographer to explore, learn or get to grips with as they get into photography?

Honestly just get out and snap, snap your friend’s band, snap your family, and do as many gigs as possible. There are so many free gigs on in Brighton that you can go to with your camera without having to worry about a pass and bands love content. Don’t worry too much about camera technicalities, I learned by doing it and I know you can too.

How do you feel about the popular resurgence in film – do you enjoy working with it or is digital where it’s at for you?

Ah yes, film. I love film. I really do love it so much, it’s so full of character and really makes for thought-provoking images. The trouble is that for me I’m usually working with a group of at least three people, and there’s always going to be one person who isn’t happy with how they look in a photo. Also when I’m touring I usually take at least 1000 photos a day.

I think film is awesome in the right situation, but for me it would be too expensive and I need the versatility of a digital camera. Especially in gig settings where the lighting is changing every two seconds!

Finally…someone has a smart phone with a camera in their hands right now, what are your quick tips for taking a good photo?

Ooooh, interesting question. Honestly it sounds a bit weird but I pretend my eyes are the camera and I kind of frame the image with my eyes before I actually take it. Do you see an interesting setting that you think would look great on an instagram grid?! Take the pic, play around with wide angle and different angles and settings, just have some fun.