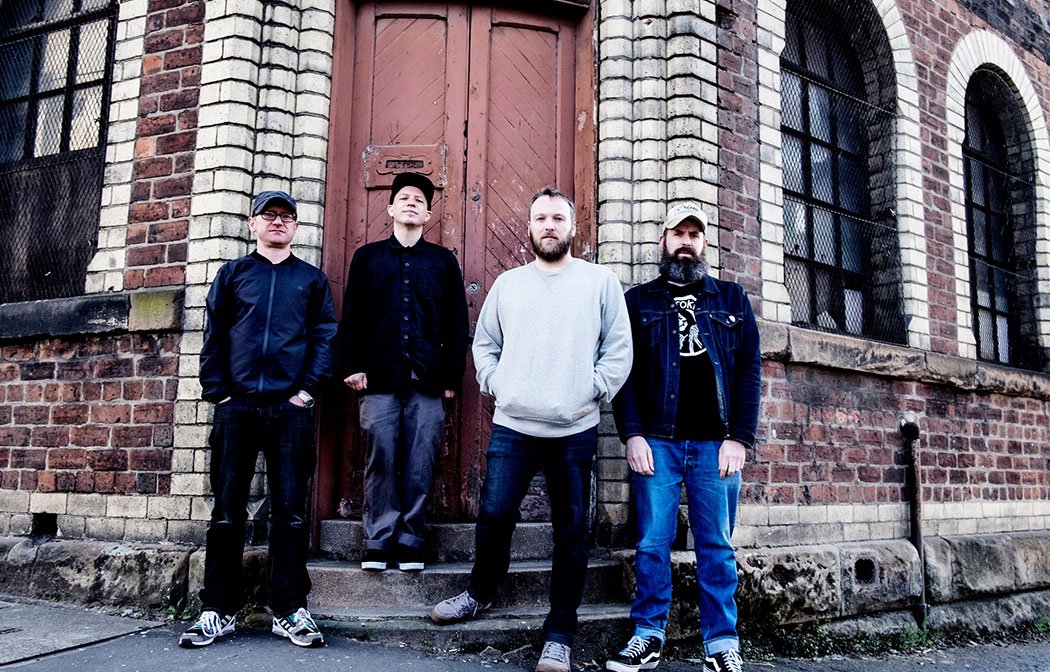 Stuart Braithwaite, lead guitarist and essentially ‘frontman’ of Scottish post-rock band Mogwai, is an awfully chipper man. “It’s a nice day here. The last few days have been pretty biblical, so it’s lovely today,” he says to me cheerfully. I can almost hear the smile on his face through his good-natured tone, an amusing contrast to the stereotype of what you’d expect from a member of a moody, ethereal band that formed in Glasgow.

In August, Mogwai released their first feature-film soundtrack for the sci-fi crime/drama and box office bomb KIN, an under-marketed Lionsgate picture starring James Franco, Dennis Quaid, and Zoë Kravitz, which received generally negative reviews from critics. However, it is widely agreed on that the soundtrack is great (as with all Mogwai’s soundtrack work). “It was quite a painless process,” says Stuart. “It was different to soundtracks and scores we’d created before though – the level of detail for every scene was varied, so the music itself had to mirror that. We were very happy with it in the end.”

The topic moves on to Les Revenants (or, The Returned) an acclaimed French supernatural drama which Mogwai also scored, that ended’ in 2015 after just two seasons. “If they made a third series and asked us to come back, we’d love to. That was a big project for us. To be honest though, those who make music for TV shows and films are pretty much bottom of the ladder of people who know anything about whether or not the show is coming back.”

Mogwai are a band continually evolving and finding success. Having formed in 1995, and frequently championed by legendary DJ John Peel until his death, Mogwai released their most recent album, Every Country’s Sun, in late 2017. It was their highest charting release to date, 22 years into their career, getting to number six in the album charts. “We were so happy with how the album turned out” he says. “What’s great about that record is that we really enjoyed making it too, and then on top of that it’s really nice how it was received.”

Mogwai also played their largest headline show ever in December 2017, Glasgow’s SSE Hydro Arena, to a crowd of 13,000. Not only that, but Mogwai were personally chosen to play Robert Smith’s Meltdown festival earlier this year in June; a huge achievement for Braithwaite, for whom The Cure were instrumental in his early life. “We never imagined having this longevity, not at all,” laughs Stuart. “Every day feels like a surprise to us. We weren’t really that ambitious when we started, other than just trying to make great music. And so now it’s a huge honour for Robert to ask us to play Meltdown Festival. The Cure are a really special band for me.

Braithwaite seems very happy to talk about how, as part of a short, five-date winter tour starting this November, Mogwai will be playing at Brighton Dome. “I love Brighton. I’ve spent a long time staying down there when my girlfriend used to go to university there. There’s lots of good things to do, nice people, you’re by the seaside; it’s a lovely place”. He begins to reminisce. “Actually, our first ever encore we did was at a pub in Brighton. We’ve played a lot of the smaller venues there, they’re great. And it’s a worrying trend that a lot of them are closing (see Sticky Mike’s Frog Bar); it’s erasing culture, which is a terrible thing.”

As we wrap up, Stuart leaves me with some tantalising details of the future. “We’re working on a soundtrack for an unannounced TV series at the moment, which will probably take us through to next summer, alongside the upcoming tour dates. We’re planning a record too, which will start at some point. Staying busy.” It seems to be onwards and upwards with more of the same from these cult, post-rock legends.