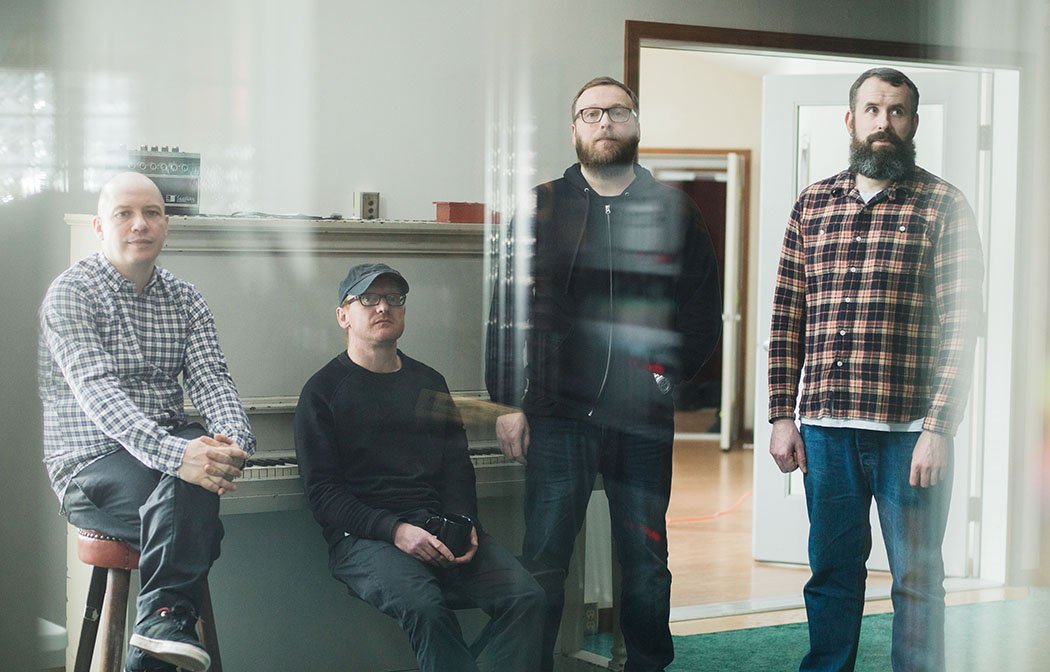 The band’s concerts are notorious for their high decibel levels, and signs at the entrance of the Dome implore audience members to make use of the free ear plugs.

Having seen the band a handful of times before and had ears ringing for days afterwards, I didn’t need telling twice.

Five songs from last year’s LP, Every Country’s Sun, are played tonight and sum up what the band does best: Loud, beautiful, largely instrumental, guitar-driven rock.

“We’re Not Done”, meanwhile, from the soundtrack of this year’s sci-fi action film Kin, has a discernable verse and chorus and is about as conventional as the band’s music gets.

Mogwai is frequently commissioned to do several scores, and the brooding, cinematic aspect of their music is a defining trait.

2014’s Rave Tapeswas heavily informed by the band’s love of 80s horror movie soundtracks, with prominent use of synths and keys.

The album’s one representative tonight is “Remurdered” an awkwardly danceable bit of trance-rock.

“Hunted by a Freak” from 2003’s career-defining LP, Happy Songs for Happy People. is a highlight; all spindly guitar lines and vocoder work courtesy of the band’s secret weapon, multi-instrumentalist Barry Burns.

But the best part of the evening is the 12-minute long “Like Herod”, a pinnacle of the loud-quiet-loud genre.

Gently-caressed guitar switches to an ear-bleedingly loud two-chord thrashabout that has the woman next to me with her fingers in her ears and a grimace on her face.

The whole Dome shakes, and I couldn’t help wonder whether Robert Aitkinson could ever have predicted music like this when he re-architected the Concert Hall back in the 1930s.

Part of the beauty of Mogwai’s music is how it evokes different visions and emotions for different people.

For large parts of the concert my mind drifted elsewhere; when the song stopped the magical spell broke, and I became aware of my vacant expression and the trail of drool from the corner of my mouth.

The last two songs of the set are prime examples: the proggy “Mogwai `Fear Satan”, which features a chord progression that soars to the heavens.

Before bowing out, the band finish with “Helicon 1”, eight minutes of distilled beauty that could soundtrack someone’s inner joy at unlocking the meaning of life.

Seventeen years ago a Norwegian journalist wrote of Mogwai’s music, “if the stars had a sound it would sound like this”.

Many would not object. They are five virtuosos who channel something divine for us other humanoids to marvel at.