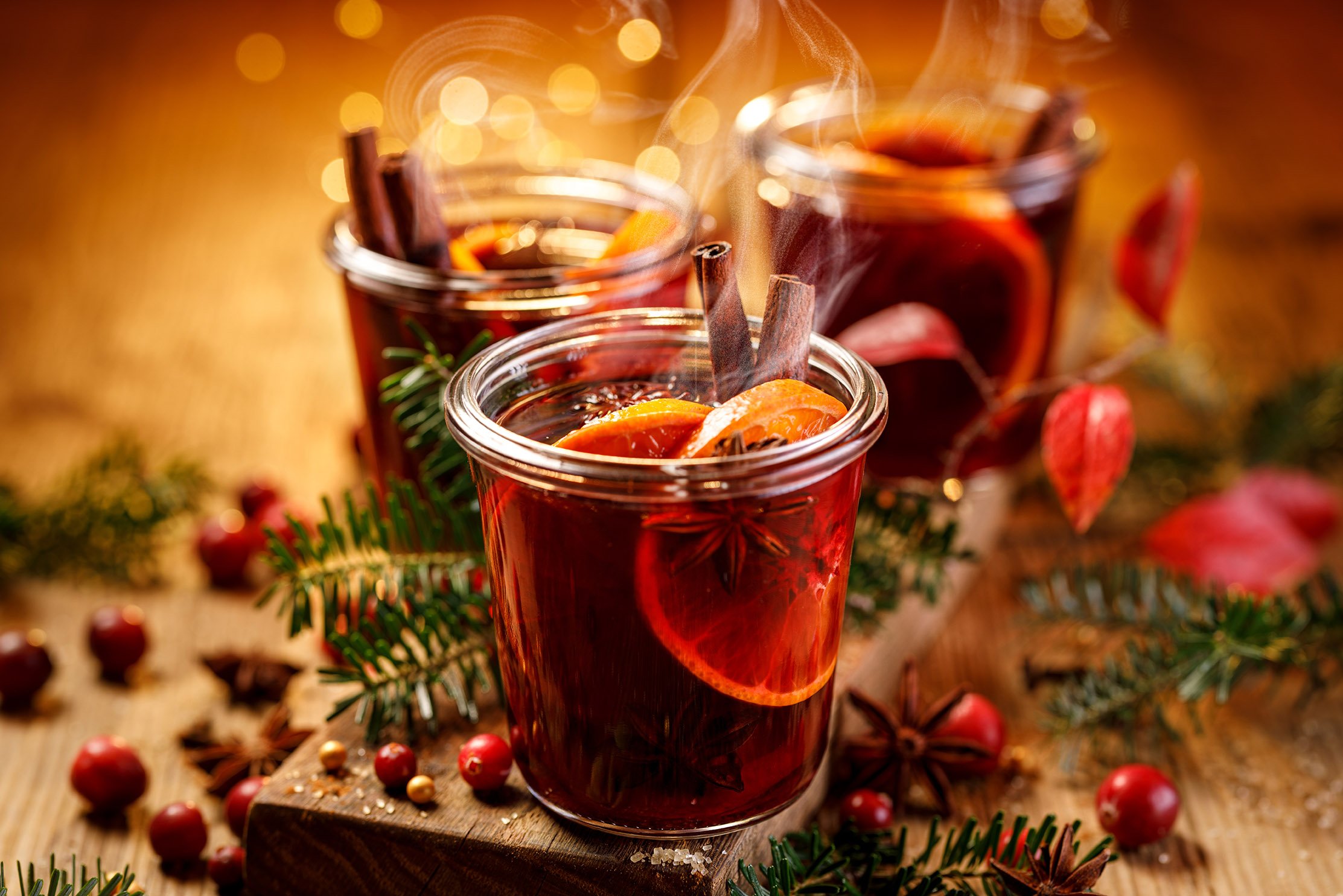 The Ancient Romans: greedy land-grabbers, legendary warriors – and Christmas culinary pioneers? So it appears, as mulled wine, the Christmas drink of choice for anyone looking to warm up whilst getting in the festive spirit, was first recorded as being made by the Romans as far back as the 2nd century.

What qualifies wine as being mulled? To mull anything is simply to add spices and/or sugar, and to heat it up. And it was that warming of their already popular drink that was the driving force behind its invention. As Roman legions travelled north into Europe, they wanted something to keep themselves warm and ready for battle. And as their booze-fuelled drunken rampage across Europe* continued, their love of mulled wine spread throughout the continent, particularly as a winter drink.

Its popularity grew throughout the middle ages, when people believed it had medical properties. They would also infuse herbs and flowers, as natural sweeteners to mask the taste of otherwise unpalatable wines. However, its popularity eventually waned everywhere but Sweden where it remained a winter staple. Then, in the 1890s, the now-called glögg, became associated with Christmas, with merchants selling their unique recipes in bottles with Christmas motifs, that soon found their way over to mainland Europe, rekindling the continent’s love affair with the now Christmas favourite. And we’ve never looked back. 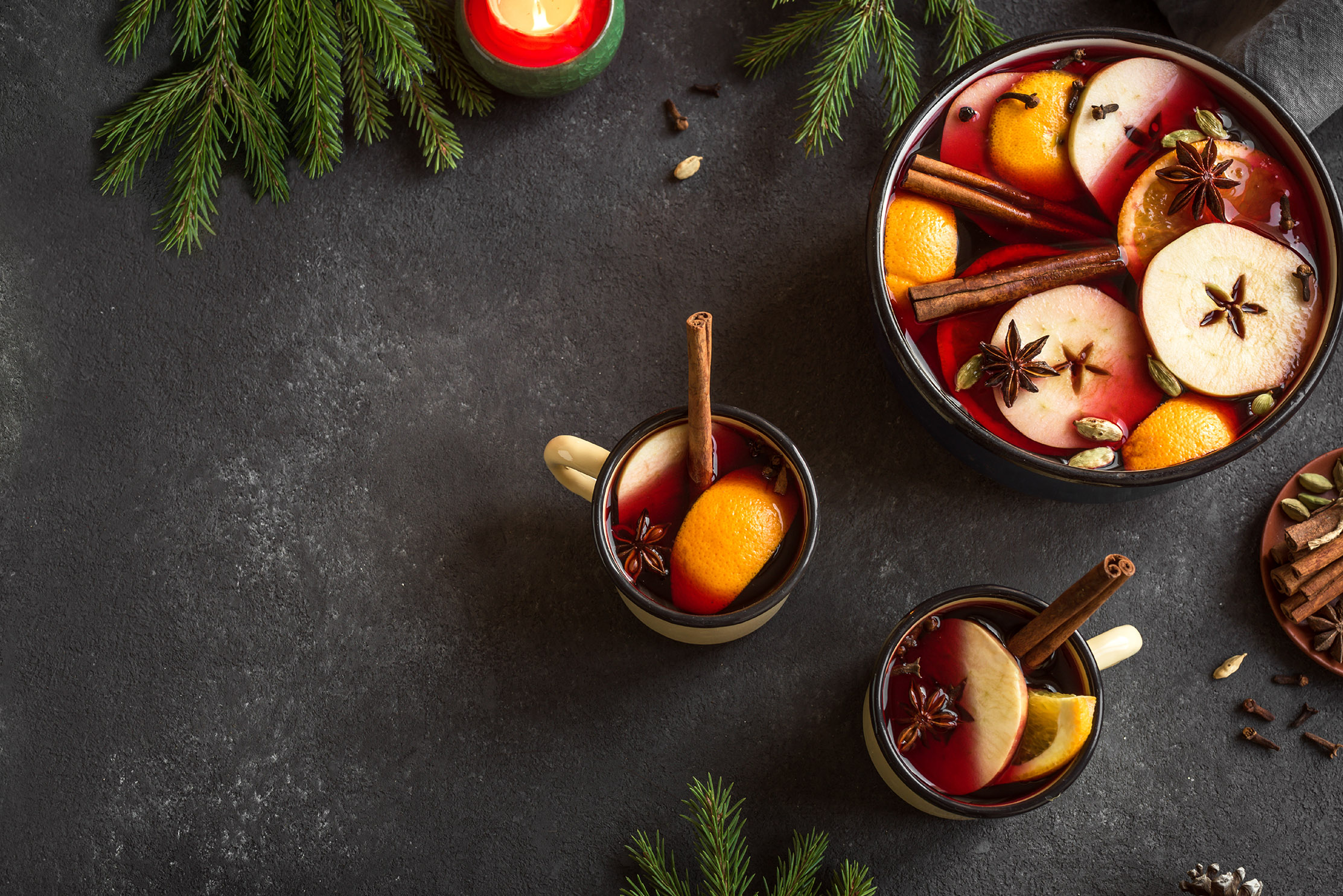 Essentially however you like to meet your own tastes. But if you don’t know where to begin, below are some basic recipes to get you started.

Let’s start with something familiar…

THE CLASSIC
2 bottles of inexpensive red wine.
(any wine will do, as the spices will overtake any flavours)
1 or 2 oranges, depending on size/preference – cut into wedges, and stuff with cloves.
1 teaspoon of cinnamon.
1 teaspoon of nutmeg.
2-5 tablespoons of brown sugar – (depending on preference)

Whack it all in a pan, and warm gently for 20 minutes – don’t bring it to the boil, as it will lose the alcohol. Once at the required temperature, pour it into a jug/glasses and guzzle.

THE MEDIEVAL
This recipe is taken from The Forme of Cury, an English cookbook from 1390.
Grind together cinnamon, ginger, galangal, cloves, long pepper, nutmeg, marjoram, cardamom, and grains of paradise. Mix with red wine and sugar (form and quantity unstated).

THE ALCOHOLIC
The same as The Classic, but after bringing it to temperature, add 2 or 3 measures of Chambord (for a sweeter taste), gin (floral) or brandy (Christmassy).

THE CHEAT
Red wine
A pre-mixed mulled wine spices kit.
Pour one into the other, and warm and serve as above.

THE INSTAGRAM
Any of the above, but stop at every stage to take photos at various angles.

Any of these recipes can be embellished with anything you like, from a star anise or a bay leaf, to a leftover chicken madras and a tub of Hundreds and Thousands. The choice is entirely yours (but I wouldn’t recommend the last two – your intrepid reporter took one for the team and it didn’t pan out).

*=As you may have gathered, I’m no history professor, and there’s a chance this claim of inebriated warmongering may be factually incorrect.