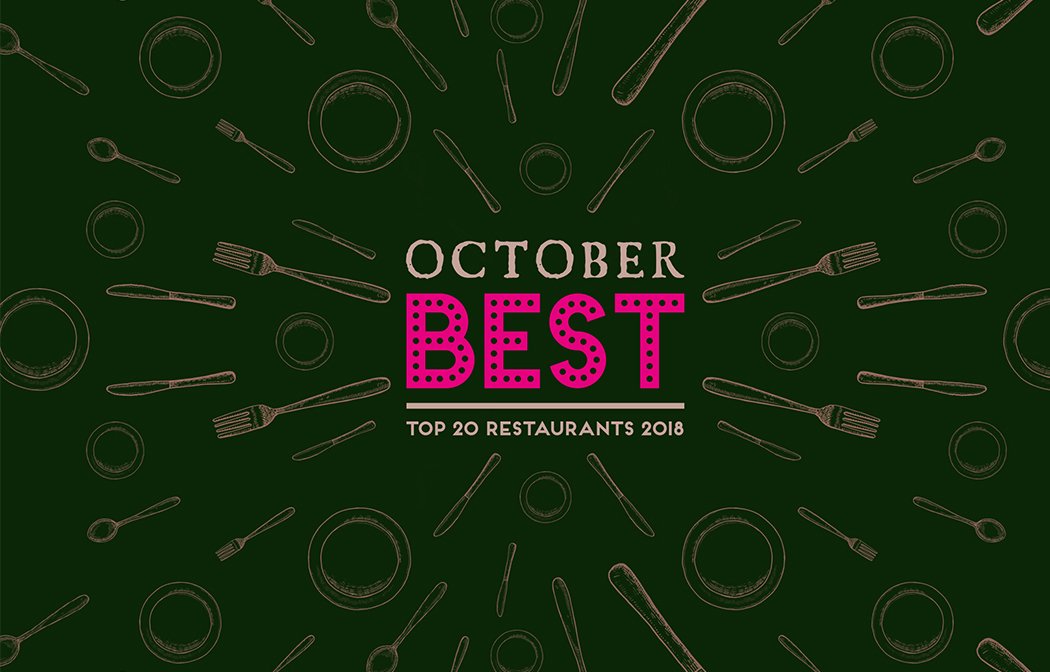 Octoberbest returns for a show-stopping 2018

Brighton’s Top 20 restaurants come together once more this month to offer amazing discounts on their regular dishes – with three-course meals starting from only £20. We pick some of the best picks of the bunch, but don’t wait around – some have sold out already, and tickets are quickly going as Brightonians scramble for those final remaining deals.

OctoberBest, for those of you who have been living under a rock for the last three years, is a city-wide festival that gives some of Brighton’s best restaurants the opportunity to showcase their skills and flair and to demonstrate what they represent and how they began.

To name but a few of the festival’s highlights – 64 Degrees will be hosting a pop-up event where chef and owner Michael Bremner and head chef Michael Notman-Watt will serve a menu that will illustrate ‘how it all began’.

Meanwhile, zero-waste restaurant Silo have created an exclusive menu that champions wild ingredients, unknown ingredients and ‘nose to tail that are often not given the attention they deserve’.

Finally, The Chilli Pickle will be attempting to win for the third year running with their mysteriously titled The Nizams of Hyderabad menu, created exclusively for the festival.

So, what does OctoberBest mean for simple folk like you and me? It means the Top 20 of Brighton’s best restaurants participating in OctoberBest will be running exclusive deals and a variety of £20 menus and one-off events from Fri 5 Oct – Sun 21 Oct. An amazing opportunity to taste the wealth of variety and tremendously high standard of what this city’s restaurant scene has to offer and a chance to try extremely high quality food at a fraction of the price – the festival is certainly not to be missed by food lovers.

From all things Bavarian to all things Brightonian – OctoberBest, like its namesake, is a huge celebration of the phenomenal restaurant scene homed here and is something that the whole city is welcomed to partake in. To taste a piece of the action – state OctoberBest when making a reservation at any of the restaurants below in order to sample some of their one-off £20 menus.

Unfortunately, the Little Fish Market’s offering sold out in mere hours after going on sale – but there’s still plenty of opportunity to grab some discount eats from some of the best talent this city has ever seen.

Perhaps the most Brighton restaurant in all of Brighton, zero waste restaurant, bakery and coffee house Silo is very much at one with its surroundings in the city’s North Laine. Silo has indisputably made a name for itself by pushing the boundaries and progressive ideals even at the site of the UK’s only Green Party seat. The brainchild of chef Douglas McMaster, Silo has pioneered with its distinct ethos of championing biodiversity, of recycling whatever possible and by making so much of their food from scratch, which has enabled McMaster to cut out food miles and create food in the most ethical way possible.

The Gingerman Group brand is an extremely reputable and established brand within the city, with two of the Gingers making it into OctoberBest’s top 20 restaurants this year. At the number 20 spot, The Gingerman is the flagship and first of Brighton-born Ben McKellar’s restaurant endeavours. Their OctoberBest menu is a ‘Sharing Feast for Two’ that includes Lancing College Farm Rare Breed Pork, Black Pudding Ballotine and Sussex Cheddar Mash, and the list goes on! With the Ginger Pig at number 10 serving up a menu which includes three courses with three matching wines, both restaurants undoubtedly uphold quality and local ingredients above all else, which has enabled them to remain the cream of the crop for over 20 years.

In Brighton’s Regency Square, The Set is a ‘dining experience’ that is small and intimate with the restaurant only seating a maximum of 20 people. Facing the kitchen as the chefs prepare your food, the restaurant’s seating adds to the theatre of The Set brand.

The chef-owner Dan Kenny, learning his trade in Brighton’s Ginger Group restaurants, has created a ‘Fill Your Wellie Boots’ menu for the festival that includes a plethora of unusual and intriguing dishes, from Beef Cheek Flatbread to Grapefruit Cured Trout. It is a given that The Set will certainly not disappoint those with more adventurous taste buds.