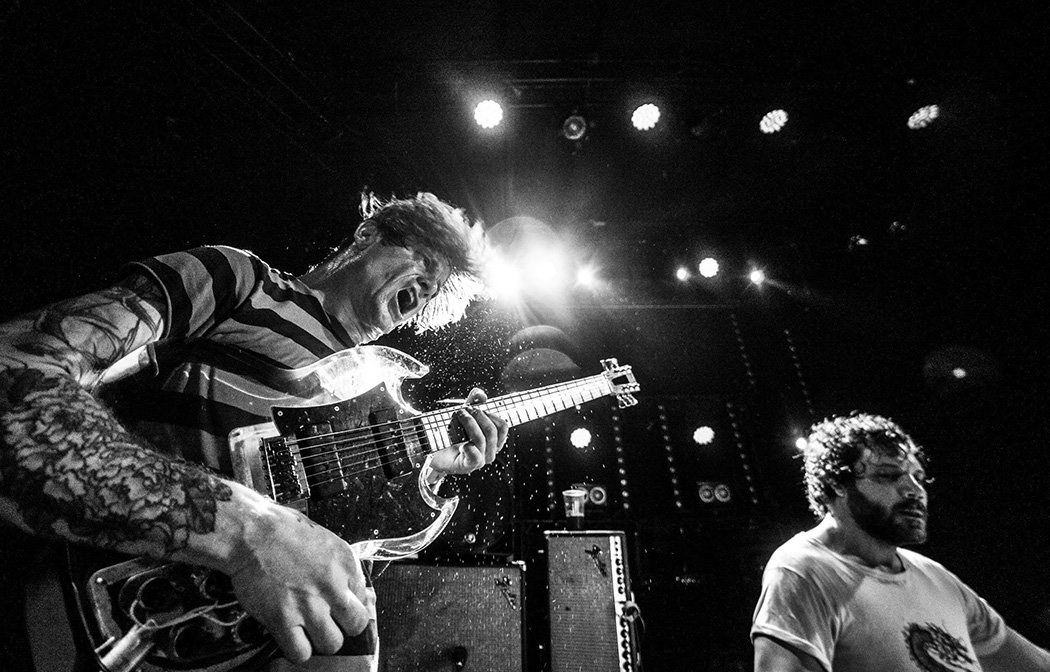 Titularly dynamic San Fran-based experimental rockers Oh Sees are building anticipation for a new album – their 21st – Smote Reverser, which is to be released next month. In the meantime, the band is on tour – in fully-greased, anvil on a balance beam, gut-pleasingly heavy form – nimbly braining with equal dashes of abandon and menace on this fresh batch of songs, hypnotically stirred into to the cauldron of chaos you’ve come to expect from this band.

Over the course of several releases and genre transitions, the band has become noted for their prolific discography, energetic live shows and whimsical visual aesthetic. They’ve also changed their lineup and name several times, having previously been known as Orinoka Crash Suite, OCS, Orange County Sound, The Ohsees, The Oh Sees, Thee Oh Sees and, their current moniker, Oh Sees.

See the band’s reinvention for yourself, with Dwyer, Hellman, Rincon and Quattrone taking their uniquely made blend of garage rock and psychedelia to the stage at Brighton Dome next Tuesday (10 Jul).

Tickets are available on the Brighton Dome’s website here; don’t miss out!