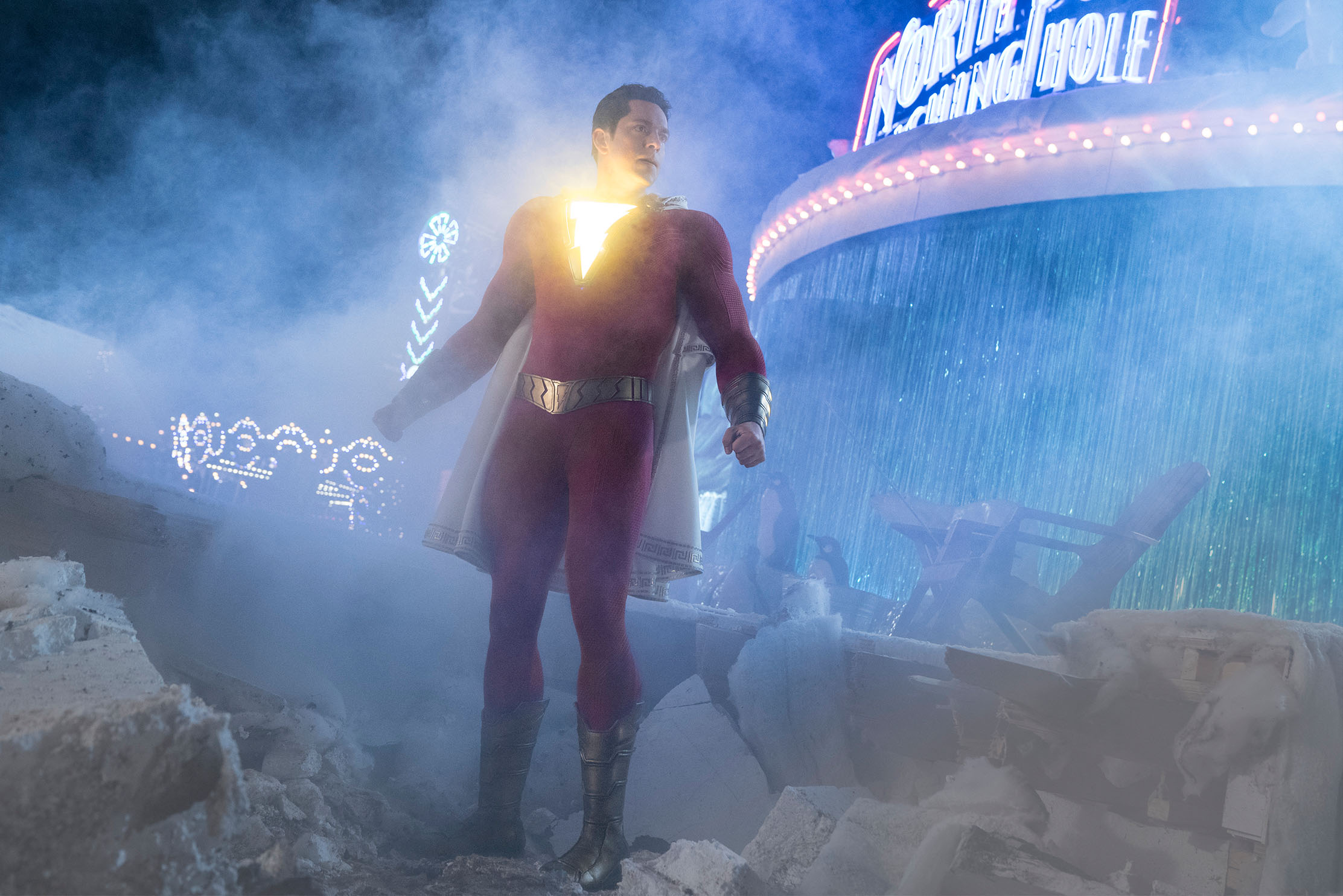 He’s a different kind of action star. Based on the Dark Horse Comics character, and directed by Neil Marshall, our titular anti-hero must battle an undead sorceress named Nimue. David Harbour takes on the lead, joined by Milla Jovovich, Ian McShane, Sasha Lane, Daniel Dae Kim, and Thomas Haden Church. A reboot of the popular film series, we get a more mature spin on this half-demon’s battles with the dark side.

Our favourite environmentalist, David Attenborough is back to encourage us to change our ways, as the beautifully filmed series showcases our world in it’s beautiful and damaging state in Our Planet. Much like Attenborough’s last series Blue Planet II, the new series will attempt to encourage viewers to change their ways in an effort to raise awareness regarding climate change. The stunning series has been filmed in over fifty locations, with over six hundred crew members and filmed over an incredible three and a half thousand days, with that amount of effort it’s only fair that this is on your watch list.

Good news for DC Extended Universe fans, the seventh instalment is not long awaited. Shazam! Illustrates the story of a problematic fourteen-year-old orphan Billy Baston, as he is given superpowers by a wizard to transform into an adult superhero, played by Zachary Levi, just by uttering the magic word “Shazam!”, a very Freaky Friday vibe. As a kid trapped in an adult’s superhero body, he does what any child would do, working out and abusing what powers he has. Of course, with any superhero film a villain needs to be defeated, in this case Billy needs to come to terms with his powers quickly in order to fight the evil forces of Dr.Thaddeus Sivana.

After a hugely successful first series, writer of Riverdale Roberto Aguirre-Sacassa, devourers of the Netflix show Chilling Adventures of Sabrina can relax as the second series is on its way. Fans can expect Sabrina to meet with more misadventures as she comes to terms with life as a teenage witch. Following from the last series, viewers will be greeted with a darker side of Sabrina as she understands more about her heritage whilst trying to maintain friendships in the mortal world. The show introduces a new romantic element in which Sabrina is caught in an “unholy” love triangle. Sabrina is faced with many new decisions as her life takes many turns and twists, an exciting and thrilling watch, mark the date in your diaries.

Phoebe Waller-Bridge’s thrilling story of stabbing, shooting and murdering is now returning with a new lead writer. Starring Jodie Comer as a mysterious, psychopathic assassin and Sandra Oh as the reluctant MI5 agent methodically tracking her down. it’s another nail-biting dose of cat and mouse drama. Rampaging between Paris, London and Amsterdam, the stakes are now even higher. But are new sinister forces coming into play?

With the incredible buzz around Netflix’s interactive Black Mirror episode Bandersnatch, Bear Grylls enthusiasts will be pleased to know his next show will follow this format. The episode happens to be a spinoff of his earlier series Man Vs. Wild, the only difference being that you control the next move Grylls makes. The episode, which strangely feels like you’re back in 2013 playing Temple Run, allows you to make survival decisions that keeps your player alive, leading you onto new adventure scenarios or something that doesn’t “end too well”. Britain’s finest hardcore adventurer demonstrates and exciting and literal cliff hanger in this, definitely one to watch, or play.

He’s a different kind of action star. Based on the Dark Horse Comics character, and directed by Neil Marshall, our titular anti-hero must battle an undead sorceress named Nimue. David Harbour takes on the lead, joined by Milla Jovovich, Ian McShane, Sasha Lane, Daniel Dae Kim, and Thomas Haden Church. A reboot of the popular film series, we get a more mature spin on this half-demon’s battles with the dark side.

Another classic 60s science fiction story gets a make-over, but we’ve every confidence Netflix have done a great job. Set 30 years in the future, colonisation in space is now a reality, and the Robinson family have been selected to find a new life on a better world. The colonists are suddenly torn off course, so must forge new alliances and work together to survive in a dangerous alien environment.

With a simple snap of Thanos’ fingers, half of all living things simply ceased to exist. After 21 films, the third phase of the Marvel Cinematic Universe’s epic revenue generation scheme draws to a close. Can Earth’s mightiest heroes and their allies thwart a villain with godlike powers? Armed only with super-shiny tights, unique talents and a helmet-full of light-heated quips, they’re about to find out. Excelsior!

2019 appears to be the year where serial killer Ted Bundy has been exposed to everyone who hasn’t already heard of his disgusting and disturbing crimes. After the release of The Ted Bundy Tapes on Netflix in January earlier this year, a feature length film is being released on the viewing platform in early May, with a star-studded cast including Zac Efron, playing Bundy and Lily Collins paying his suspicious wife. After being released on bail for his first crime, Bundy effortlessly convinces his wife and daughter that he’s been set up and that he’s innocently, extraordinarily he does this consistently throughout the film. The feature concentrates on Bundy’s Wife, Elizabeth Kloepfer and explores how she dealt with her husband’s despicable crimes.