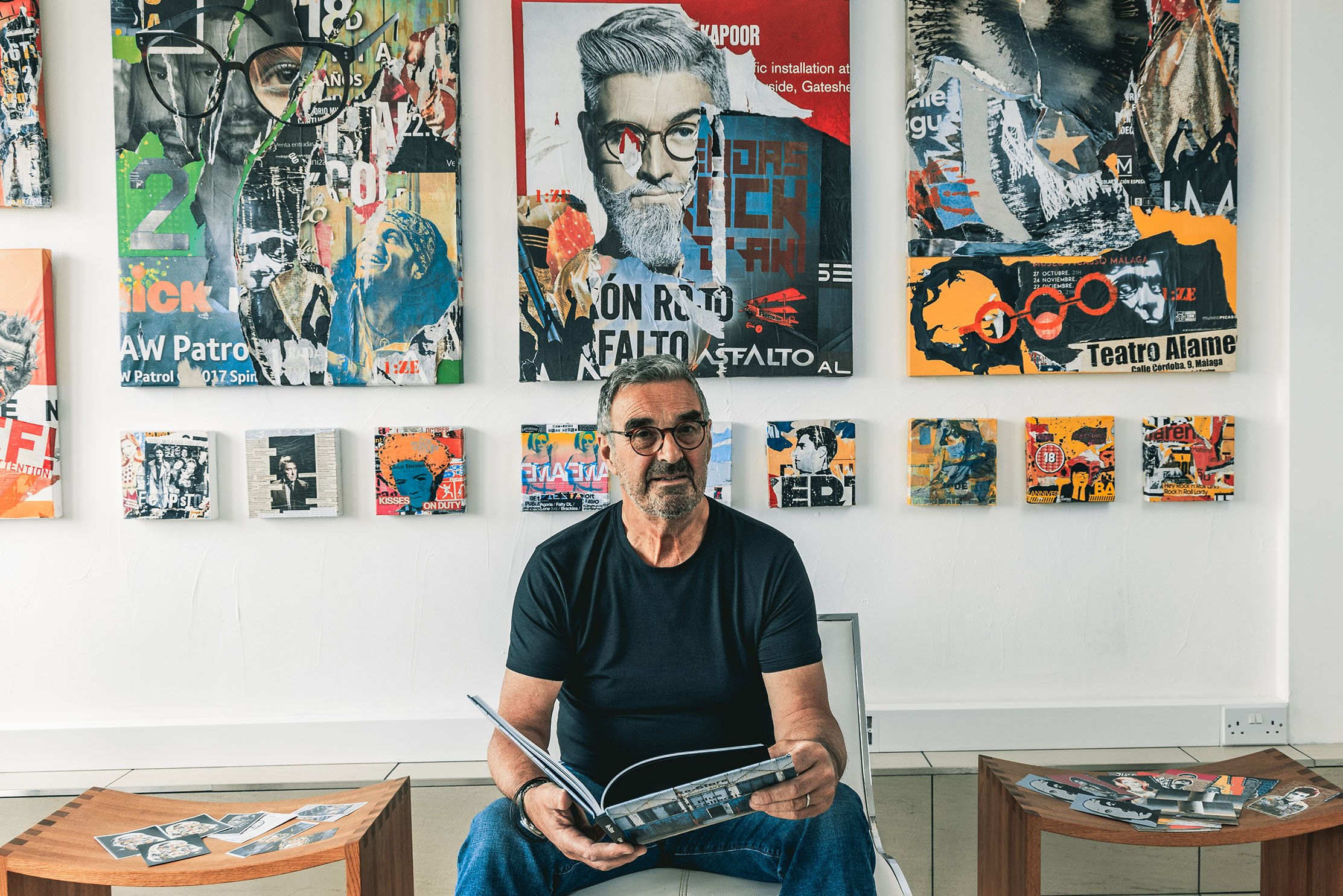 1:ZE Art has recently opened on Madeira Drive by artist and curator, Barry Surtees as a street art-exclusive gallery.

Brighton & Hove flaunts a wealth of exceptional and everchanging street art. The city holds a rich legacy of public art, with Banksy’s Kissing Coppers stencilled onto the side of Prince Albert pub, which was eventually sold at auction for £345,000. Brighton’s list of local street artists constantly evolves, but recognisable pieces come from Mazcan, Minty, and Cassette Lord. Now, 1:ZE Art, a brand new art gallery on Madeira Drive, is inviting street artists to exhibit their pieces inside.

Artist and curator of 1:ZE Art, Barry Surtees, spent many years creating ‘Op Art’. This consisted of three-dimensional pieces, mostly out of wood and found objects using house paints and materials. When he moved to Malaga following an illness, he became interested in stripping down advertising hoardings and the tattered paper that hung from them – themselves, giant works of art. He started peeling these off and creating abstract pieces, sometimes 25mm thick, ripping back layers until the piece met his satisfaction. “The process is the opposite to collage, known as décollage, as you strip back instead of layering,” Barry tells me. Eventually, he began introducing words, letters and numerals, then a particular person or icon into his designs.

“I initially thought that I was doing something different as I had not actually seen similar pieces”, Barry explains. He soon discovered a European style from the 1950s known as ‘retro d’affiches’, with forerunners such as Mimmo Rotella, Jacques Villegle, and Raymond Hains providing great sources of inspiration for him.

Barry is attracted to the versatility of this medium when creating his own pieces. “I may peel a piece off and be happy with it in conjunction with another part of a completely different poster. Essentially, I use the torn paper as a paintbrush, or destruction as creation, having pillaged my materials from redundant hoardings and obtaining chromatic combinations in the process.”

Although most cities have areas dedicated to beautiful Street Art, Barry cites London, Liverpool, and Bristol as major contributors to the art form. However, he tells me his home, Malaga, takes some beating, displaying world-class artists. “Ben Eine, who has produced a 100m stretch of his famous letters along the riverbank, Shepherd Fairy aka Obey Giant, D*Face, along with Spaniards, Okuda and Pantone.”

Over time, Barry intends to represent all the different aspects encompassed by the term ‘Street Art’ in his gallery: “From Muralists whose work can be commissioned; Paste-ups the successor of the muralist, which evolved because of the requirement of speed; Multilayer stencils; street photography; collage and its digital successor.” The gallery also exhibits his own décollage pieces. As it stands, 1:ZE Art currently displays seven artists, such as Charlie Holt, Hillary Boardley, Kasseus, Curtains, Glimmerman and The Postman, whose pastings of music icons are scattered across Brighton.

“While we have originals for sale, the emphasis will be on very high-quality Limited Edition prints, mostly in small editions. Because it is a stunning format, we will offer these prints mounted on DiBond, an aluminium based board, which holds the piece clear of the wall and has an integrated hanging system.” 1:ZE Art is able to arrange for mounting and framing, and pieces can be sent to any location in the world. The gallery is hosting an exhibition evening on Friday 12 July between 6 and 10pm, inviting the public to view and purchase artworks on display. A minimum of two works will be created live, along with an artwork donation from Barry, which will be subsequently auctioned for the British Heart Foundation.