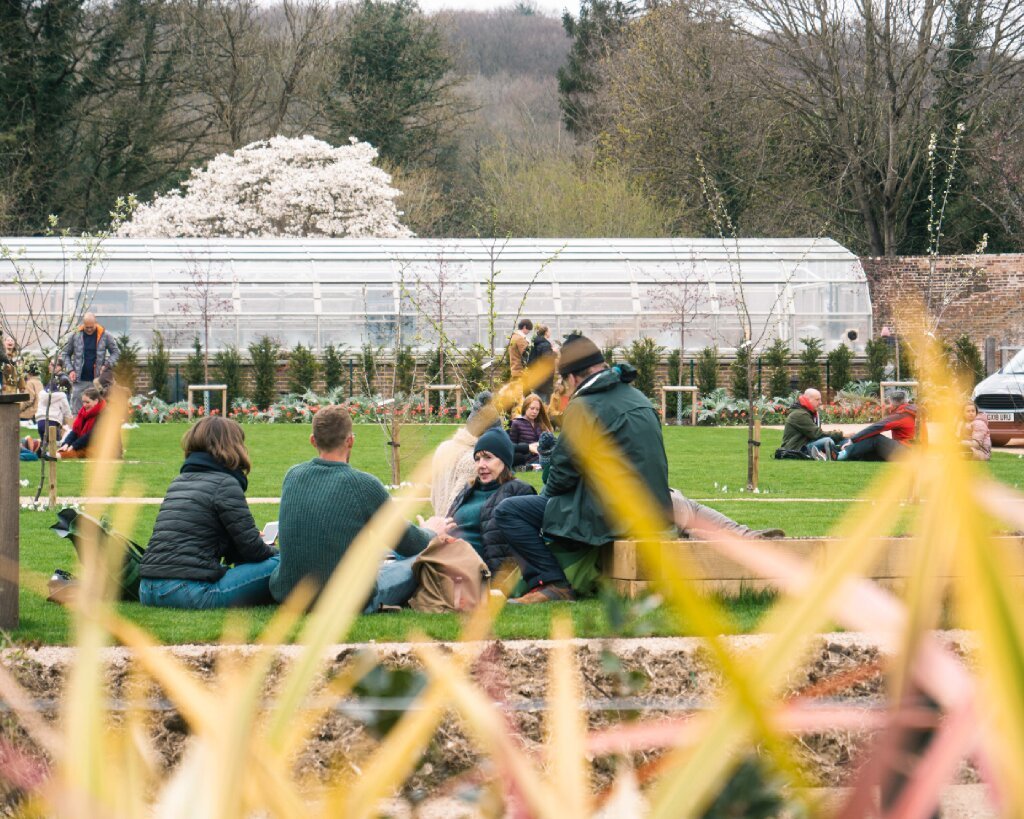 Just a turn off the A27 or a stroll from Falmer station, Stanmer Park has played host to many events over the years, from dance music festivals to apple festivals, and with its woodland trails and open countryside vistas, it’s the perfect place for a Sunday picnic or ramble. However, if you keep on walking past the lavish Stanmer House, out through the other end of the park, you will now find yourself at One Garden, a previously hidden walled garden complex with market and café, which has just opened to the public.

The concept was propagated by Plumpton College and Brighton & Hove Council as part of the Stanmer Park restoration project, which was awarded £5.8 million by the National Lottery Heritage Fund in 2017. Liz Mouland, Head of Marketing, Communications & Customer Experience at Plumpton College spoke to me about the community-focussed ambitions of the project.

“There is a lot of affluence in Brighton and Hove, but equally there are some quite deprived communities, and I think the bid was about making sure that more people had access to green spaces that they could cycle to or walk to, that there were facilities there. And with One Garden being free, you’d be able to come in and use it, your community group would be able use it and there would also be an educational benefit.”

When One Garden opened its doors at Easter this year, after an eight-month covid delay, it was the first time the walled gardens, and the magnificent Palm House greenhouse, had been open to the public. Until recently, this area had been used as a plant nursery for Brighton’s city parks.

Many of the original glass houses, which had fallen into disrepair, were demolished and a new layout of nine show gardens was designed by Dominic Cole, the architect behind the Eden Project. Each garden is themed to tell a different story, linking the history of the estate and the routines of our daily lives with the workings of the natural world. The Canada Garden, for instance, pays homage to the Canadian tank regiment who were stationed on the estate during the Second World War, whilst the Urban Garden offers inspiration for those of us who took up gardening during the lockdown. 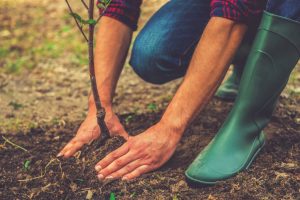 “We wanted the Urban Garden to reflect Brighton’s gardens, the smaller city-based spaces,” Liz tells me, “It’s about showing people that no matter your size of space, there’s something for everyone here, and you can be inspired, you can still grow things. Whether you’ve got just a shelf in your kitchen, a little courtyard, or a little plot, there’s something. There’s an idea here for everyone.”

Then there’s One Market, inside one of the glass houses, which provides a retail platform for local businesses who perhaps can’t afford their own spaces, as well as a direct outlet for Plumpton Estate’s own produce. The college produces meat, cheese and award-winning wines, and many of the plants in the gardens have signs saying “BUY ME IN THE MARKET”. The produce is also used in One Kitchen, the on-site destination eatery that offers lunch, brunch and afternoon tea.

Plumpton College’s horticultural campus is on the Stanmer Estate site, so students can put what they learn directly into practice. Furthermore, the winery produces 40,000 bottles a year, and the college offers a range of courses on wine production, wine business, viticulture and oenology (the study of wines). They are the only place in Europe where you can study up to Master’s level in wine, and because of the gardens, the students get to take part in the full process of winemaking, from vine (the grapes are mainly grown in Ditchling) to glass.

Day courses are also on offer for casual gardeners wanting to expand their skills, including an Introduction to Pruning at the Right Time and an Introduction to Edibles in the Domestic Garden, as well as workshops on foraging, floristry, and creating dried flower wreaths and floral jewellery. Not every activity is gardening-focussed though – there’s Mini Music Makers, a session for 0-4-year-olds to introduce them to singing and playing instruments, yoga on the lawn, and pilates classes. 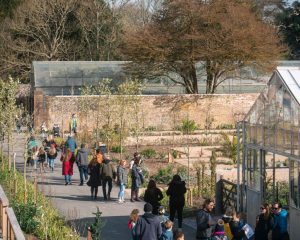 Do you have these TOXIC houseplants in your home?

One Garden’s ethos is refreshing. Visiting a botanical garden can sometimes be too much like going to a museum of plants, or it can simply feel like a glimpse into what it would be like to own a lot of land and have enough money for a team of gardeners. One Garden is reclaiming the idea of a truly communal garden, where knowledge is shared and anyone can get involved. Though giving a sense of the history of the estate was a part of the original redevelopment bid, the gardens aim to show the ever-present importance of learning horticulture, not just as a hobby but as a living.

“A key element to the design of all of the spaces and what we do here is about being rooted in the past but celebrating the future,” Liz explains. “So, it’s about showing heritage and history and how important that is, but equally showing how innovative and future-focused horticulture is as an industry. Horticulture has actually got one of the biggest skills gaps in the UK right now in terms of what’s happening with Brexit and the workforce, in terms of fruit pickers and things like that. There is a huge need for a skilled workforce in horticulture and it’s just not there, people aren’t taking it up as a career. There are about 300,000 jobs right now available in the horticulture industry and so, part of this is also showcasing how much of a varied career horticulture is and encouraging people to look at what an exciting career it can be for them.”

On its opening weekend, One Garden had over 11,000 visitors, and with lockdown lifting and summer on its way it will no doubt become a perennial favourite. The May bank holiday will see music from the Stanmer Band and students from BIMM, and refreshments from Plumpton Estate wine bar, Ditchling gin and Bedlam Brewery. Artists’ Open Houses will then be in residence throughout June. The plan is for there to always be something different going on, to get as many people involved in the ecosystem as possible.

“You don’t have to be a horticulturalist to enjoy the space,” Liz assures me. “You don’t have to be a National Trust member and understand the Latin names of every plant in the garden. We really want to educate everyone and for everyone to take something away from the space, whether you’re here just to meet with friends and have a cup of coffee, or to enjoy the gardens or take part in an event.”