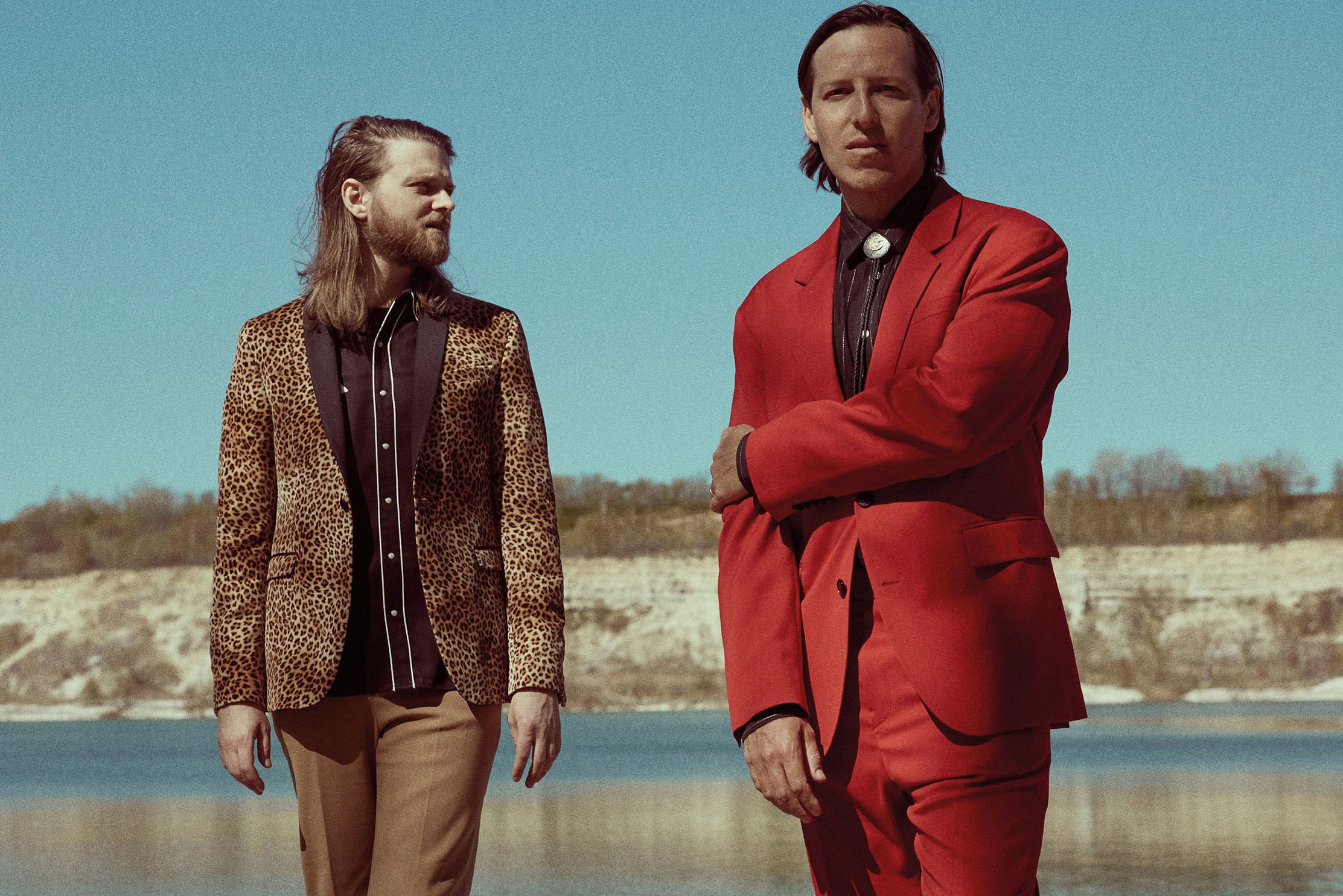 Palace Winter are set to release their third  album Keep Dreaming Buddy in early October,and Covid allowing are set to play at Patterns in March.I recently caught up with Casper Hesselager from his home in Copenhagen to ask about the new record.

The new album is called Keep Dreaming Buddy,how did the title come about?

I often give the tracks quick and random names when they are still work in progress,and Keep Dreaming Buddy was a name that stuck,its the title of an instrumental track that give you a bit of a breather mid-record.We settled on it for the album title because it had this duality to it,it can be seen as a form of encouragement or can be used to bring someone down and we liked the idea of that.

Carl,I read some of the albums inspiration came from your time spent in Tenerife last winter,did you go to get some lyrical inspiration or was it the Australian in you that needs some winter sun and escape the cold European winter?

Carl spent some time in Tenerife when his wife had to go there for work so yes a lot of the inspiration for the lyrics did come from the time spent there.

How do you and Carl work,is it you providing the music while he provides the lyrics?

On the previous albums its been a very fluid process with a lot of writing in the same room,but this time around pretty much all the songs came from chord progressions and beats that I played around with in the studio and then sent to Carl,he would come up with melodies for them.We spent a lot of time apart for various reasons,so the music always comes first,then Carl will go away for a while and write lyrics.Occasionally I will chime in with some lyrical suggestions.

Has Covid put the brakes on the album release and tour or was it always your intent to release the album in the Autumn and tour early 2021?

It has not directly affected the release.We finished it in Febuary,so just before lockdown.But we did have plans to tour around the album release in October,which we had to postpone.Hopefully we will be able to make it back next March,as planned Fingers Crossed!

The album has two guest vocalists on it,Sophie from Lowly on the recent single Top Of The Hill and Jason Lyttle from Grandaddy on one of the album tracks,how did Jason get involved and were you a fan of his music?

We were just randomly aware that he was digging our last album Nowadays,so there was a little exchange going on there,and we kind of had to ask if he wanted to sing on a song.Luckily he was happy too!.The spot we found for him is perfect,I think I am very proud of that song and the way he contributes to it,its awesome.He comes in as a sort of “voice of reason” taking over the narration for a moment,its really special for us since we are both fans of him and Grandaddy.

You played a live gig in Copenhagen at the end of July,so in a way you ahead of the curve in terms of live music than us in the UK?

We played two small shows as a duo recently and it was a lot of fun.It was this old hotel in the city centre in Copenhagen and had a very limited amount of people allowed.But who knows when we,ll be able to play for real again.Opening everything still seems a long way off at the moment.

Has lockdown been difficult for you?

Its been challenging for sure,but still manageable.And you have to think about the big picture with something like this.But it does get to you after a while,thats for sure.But we will make up for it further down the line!