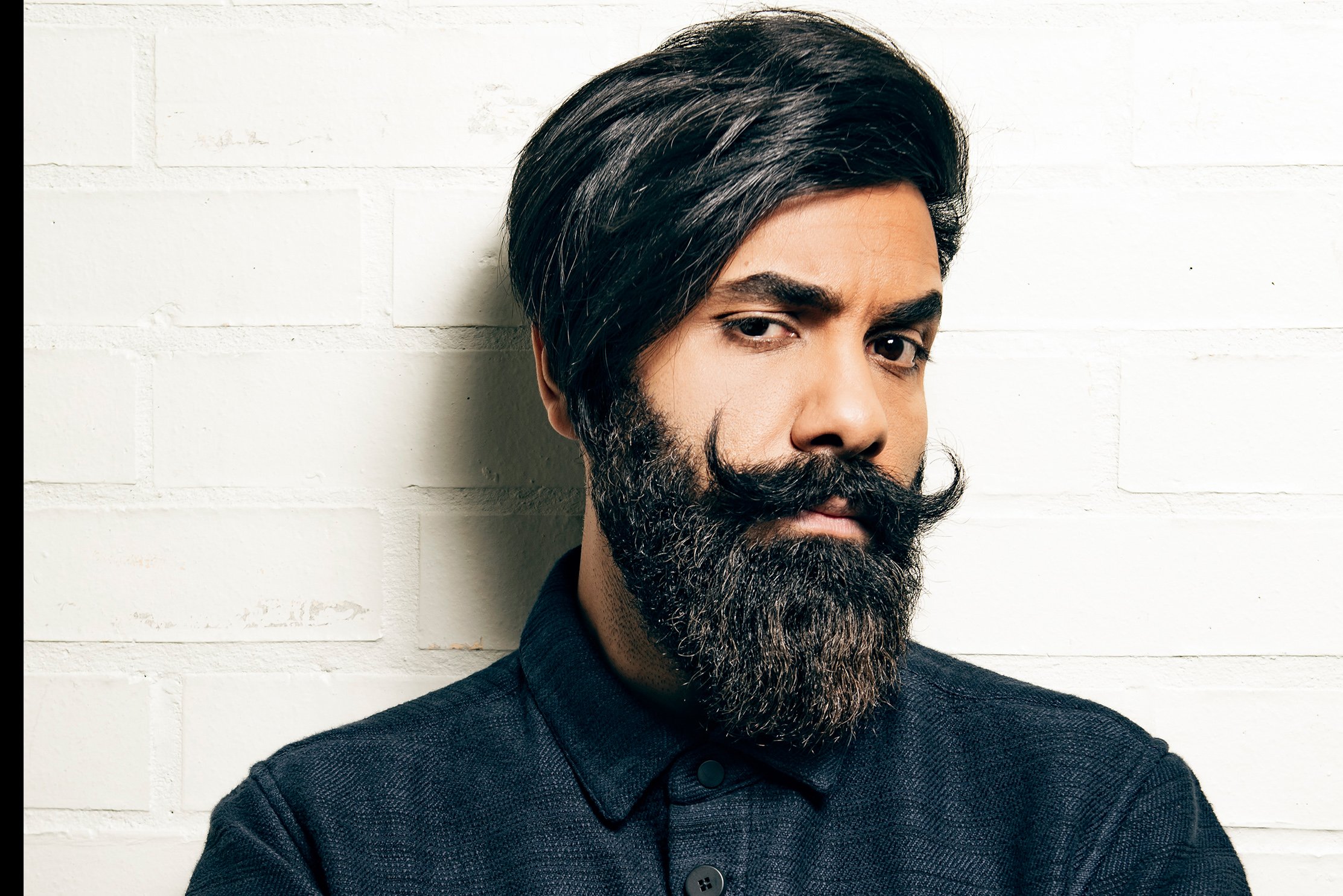 The adult-themed Family-Friendly Comedian, which calls in at Brighton Dome on Sat 20 Nov, also sees him support and promote regional comedy. Opening acts on each date will be local to the area, giving them a once in a lifetime opportunity to perform next to ‘a living legend’.

After barely surviving the pandemic and with two pent-up years of killer material, the new show tackles the UK’s handling of COVID-19, why the rules of six only worked for white people, England football fans, Tom Cruise’s helicopter and Naked Attraction in the Middle East.

Earlier this year he launched his brand-new podcast produced by Global Entertainment The Paul Chowdhry PudCast, interviewing celebrities on life’s turning points with guests including Russell Howard, London Hughes and Stewart Lee. As an actor, he recently starred alongside Patrick Dempsey in the 10-part Sky Atlantic TV series Devils, soon to return for a second series, and featured in Disney’s Cruella alongside Emma Stone.  Paul is a prolific presence on social media, and his videos have been viewed over 50 million times on Facebook alone. On TV, Paul hosted Stand Up for the Week (Channel 4) and has twice headlined Live at the Apollo (BBC One/Two).  He was a much-loved contestant on the third series of multi-award-winning hit show Taskmaster (Channel 4/Dave), appeared four times on Channel 4’s Comedy Gala, alongside comics including Lee Evans and Michael McIntyre, and has also regularly appeared on shows such as The Russell Howard Hour (Sky One), 8 Out Of 10 Cats (Channel 4), Sorry, I Didn’t Know (ITV) and more.

As his tour continues to wind it’s way around the nation, we caught up with this award-winning comedian to find out just a little bit more.

The shows and tours are now starting to seriously scale up. Did you have a new set of ambitions for Family Friendly Comedian?

Apart from (slightly) nicer toilets and bigger audiences, is there any major differences between the traditional club circuit and those huge venues you’re playing now?

Yes, you actually get a dressing room in theatres, now rather than having to get ready in the public toilets. However, I do love playing the comedy clubs to test out new material to get ready for the tour. Only problem is when the audience members try to shake your hand after the show – we’re in the bloody toilet mate!

You’ve established your comedy career now, but do you ever get concerned about becoming complacent in your work? Or is there a desire to constantly push the art-form forwards?

As my life changes and I develop as a person, so does my comedy. So hopefully it continues to change and I can elevate my artistic platform. I use comedy as a conduit for life itself.

Has the current political landscape made it difficult for satire?

In the past few years, actual politics barely needed embellishing for entertainment value, as it has been so beyond belief.

Satire is a ridicule of the ridiculous. It may be considered problematic for comedians to tackle in this overly sensitive climate, but I take it on like eating soup with chopsticks, in Family-Friendly Comedian.

You’re choosing local acts to support you on each date of the tour? How do you go about picking these? Is it down to bribery, or is sheer talent getting them these slots?

Having performed on the comedy circuit for so many years in the UK and abroad, I’ve crossed paths with almost every comedian. When it comes to British comics, I’ve got a pretty big contact list in my phone to choose from. I also bribe them with the Benjamins innit. 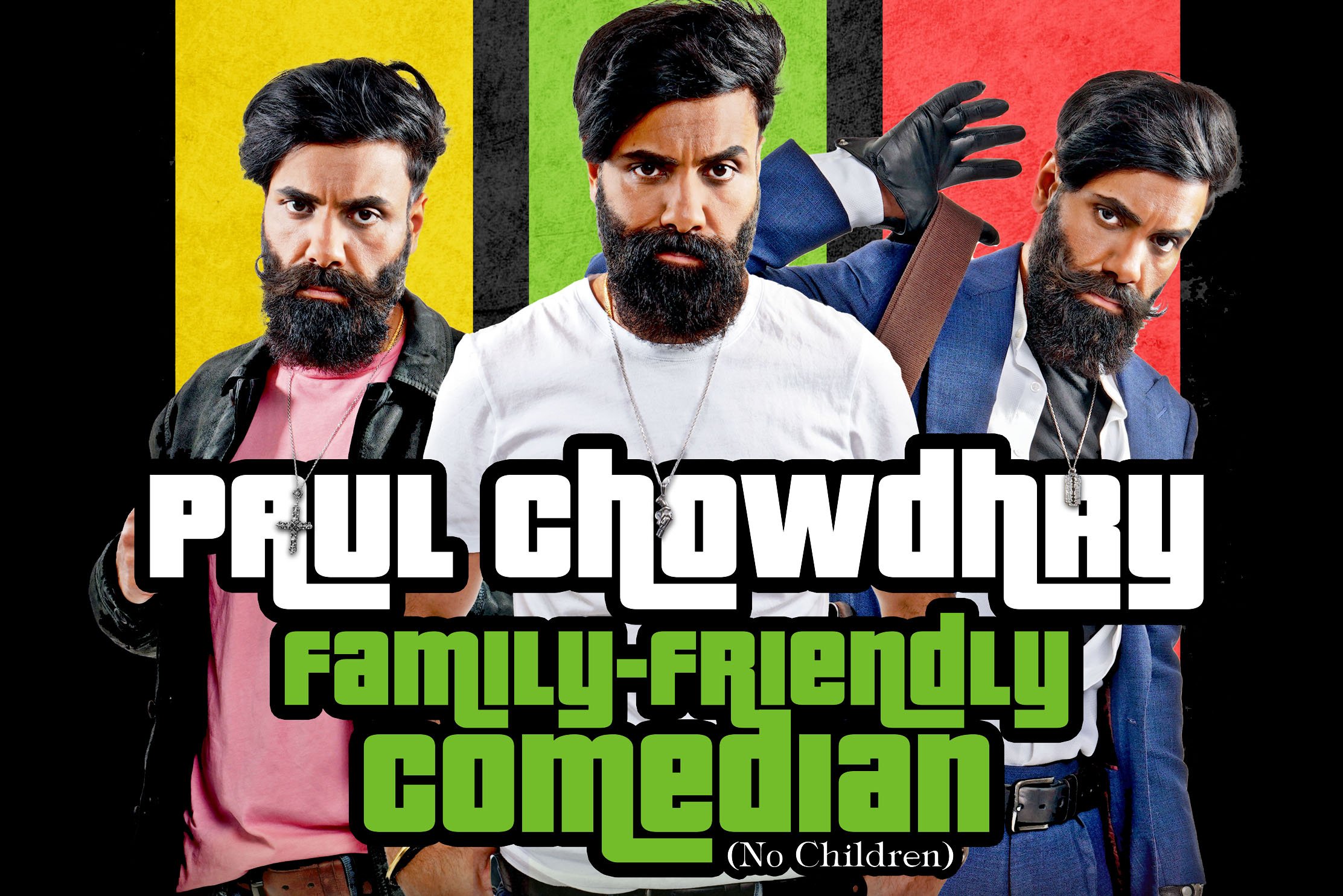 How did you spend lockdown? Was it a question of further refining the show, or were fall into the trap of playing online games 24/7?

Well, I started writing the show before lockdown. Then when we were actually locked down, I had to rewrite the show to reflect the zeitgeist. Major events have happened in the past and as a comic you need to roll with the punches and create more punches within the lines, creating some hard punchlines.

Is social media one of the strongest tools in a comedian’s arsenal? It seems perfect for brilliant, bite-sized content and interacting with fans.

When I started stand-up, there was no social media. Now it can be an incredible tool, that if used in the right way can be beneficial for comedians and entertainers. We live in the world where a YouTuber turned boxer Jake Paul, is in talks with fighting one of the greatest boxers of all time, Mike Tyson. So don’t give up making videos in your bedroom kids, one day you can’t get paid to get punched in the face too.

Do you ever worry about being misunderstood? Or is it just an occupational hazard for comedians?

That probably happens more with online content because it can be taken out of context. Also the online audience don’t necessarily like you or have a vested interest. But when performing on live stages, the audience see the nuance and delivery of the routine and its a full show, so they understand your perspective.

How awesome are you at (non-family) parties? Wallflower or centre of attention?

I’m the worst person to have a party because I don’t drink, smoke or do drugs. So, they’re expecting a Rock ‘n’ Roll Star to turn up and they end up hanging with a librarian who doesn’t read much.

In addition to stand-up, you’re getting some great acting roles – including starring alongside Patrick Dempsey in Devils. What’s he like? He seems like he smells delightful.

Oh yeah, he’s lovely, in fact he’s one of my best friends now and he’s hoping to come to the new tour. I think he’s coming to the Brighton Dome!