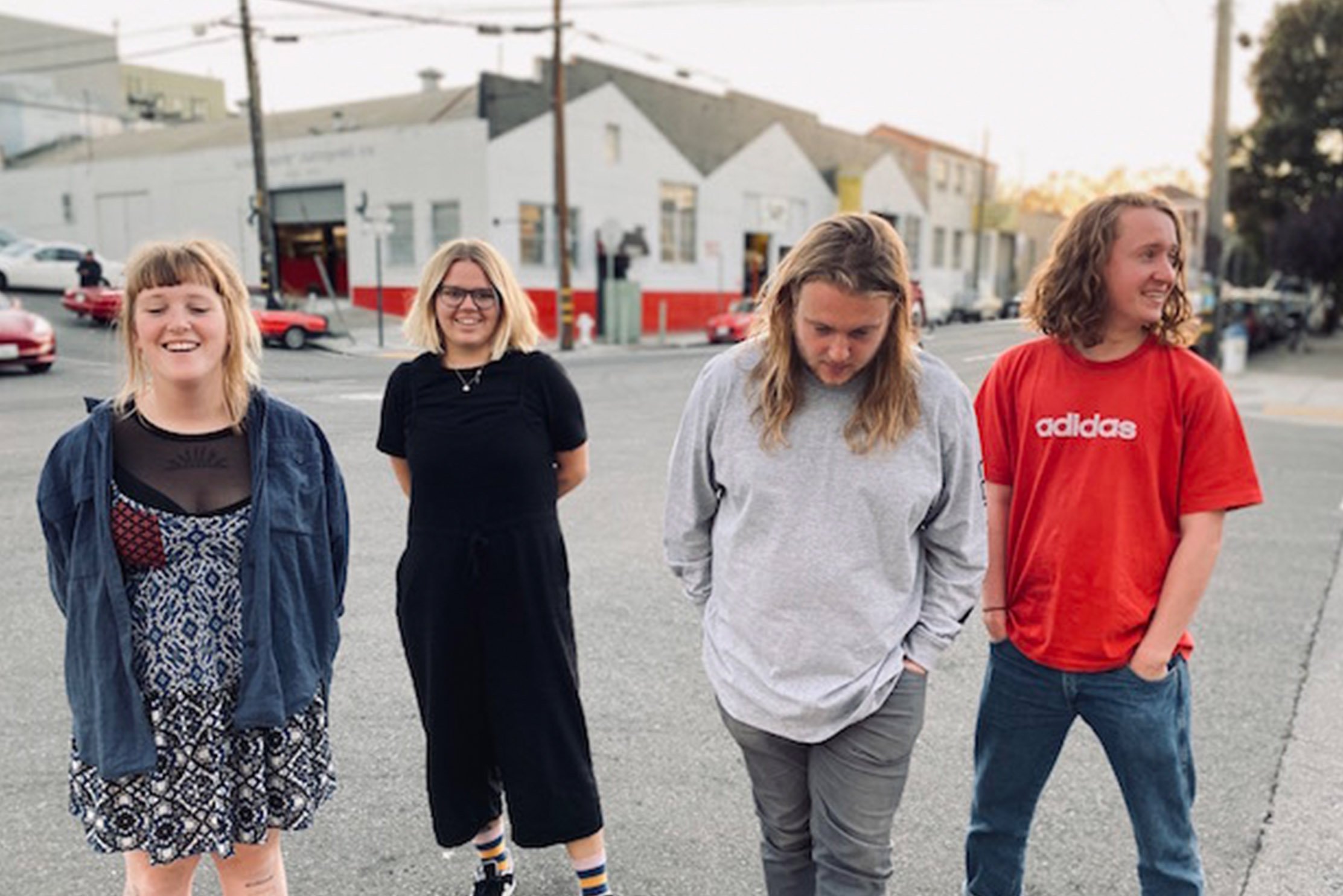 Back in Brighton after what has been a triumphant year Bella Unions finest Penelope Isles played a sonically brilliant set to a sold out crowd at Chalk.

Support came from CIEL,a new band to me,a sort of 80s indie shoegaze but with great melodies,who were well received by the crowd.They were joined on stage by Jack from Penelope Isles,who produced some lovely backing vocals on what will be their debut single released early in the new year.

Itchy Kid,a very young performance artist came onto the stage just before the band and recited a poem,with Jack and Lily backing him with a wall of fuzzy distorted guitars,he may have had something interesting to say but his spoken words were somewhat drowned out by the guitar noise.

Bass player Becky and drummer Jack joined the other two band members  and played a fantastic set mostly taken from their album Until The Tide Creeps In, released back in the summer.They opened with Sailing Still followed by the singles Chlorine and Cut Your Hair,which both had the crowd jumping.This was the bands 100th gig of the year and the final night of the tour so the band were in a particulary joyful mood.Highlight of the evening for me was an epic 20 minute version of Gnarbone,my favourite album track,walls of guitar noise and feedback has never sounded better.

The set came to a close with Three another great album track before leaving the stage to rapturous applause,in what has been a remarkable year for Brightons finest new band