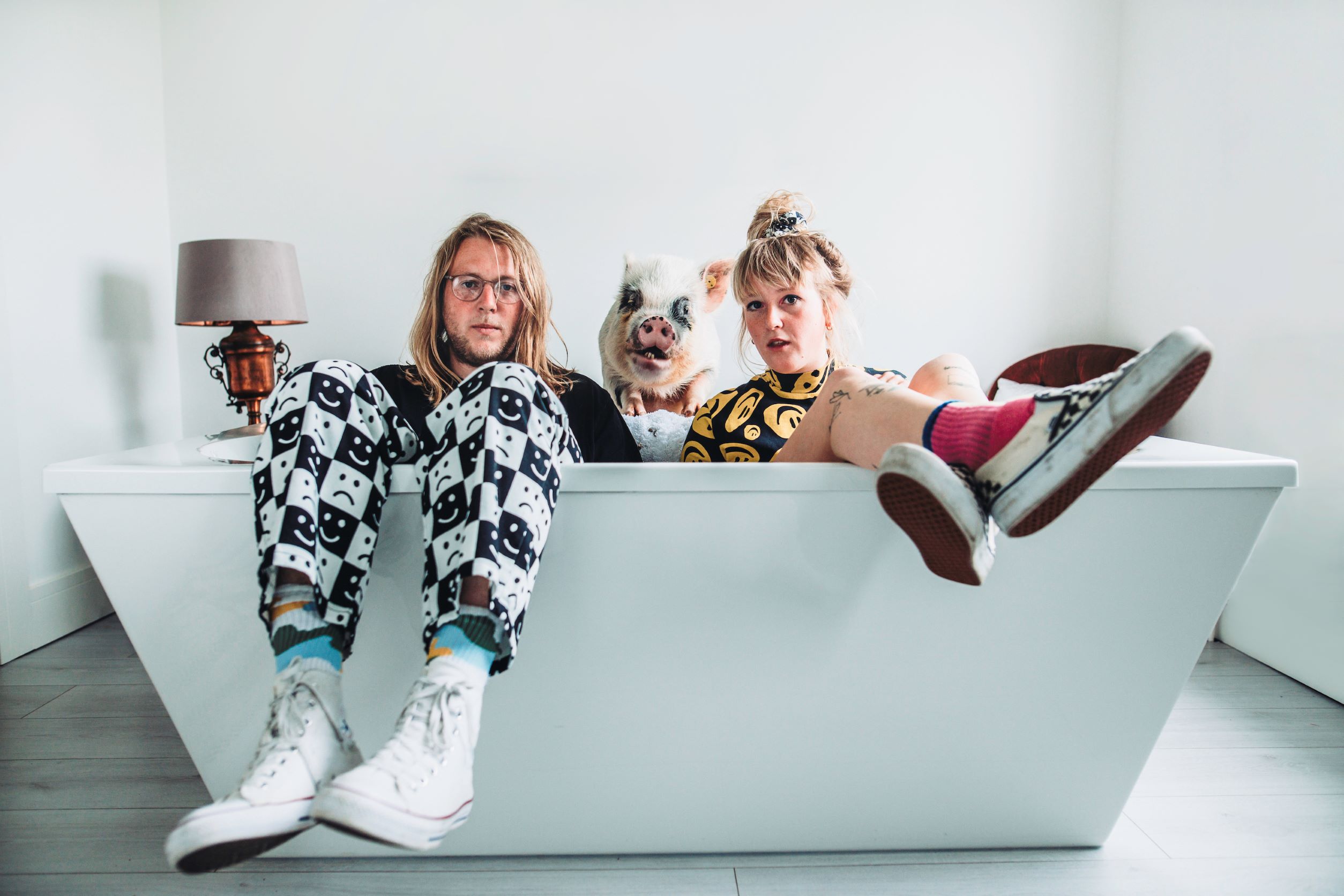 Born in Devon and raised on the Isle of Man, siblings Lily and Jack Wolter made Brighton their home when they formed Penelope Isles. A unique sound and serious work ethic brought the attention of Bella Union records, and from their 2019 debut album ‘Until the Tide Creeps In’ the band showed themselves capable of producing a truly original brand of fizzy and inventive alt pop. Their sophomore album, ‘Which Way to Happy’ landed in November and was celebrated with a euphoric hometown show at Concorde 2.

The band worked on the album across much of lockdown. Isolated in a Cornwall cottage with emotions occasionally reaching fever pitch, the threat of claustrophobia was ever present. But, Lily reflects, despite the album’s intense genesis, it was all worth it.  “There’s so much love between me and Jack, we couldn’t do it without each other,” she says. “And even in that chaotic, tiny bubble of a cottage that sent us all mad, we had some really funny, stupid, lovely times together. There’s a lot of emotion in the album.”

The result, ‘Which Way to Happy’ is an eloquent and imaginative meditation on upheaval and uncertainty, revealing a band operating with total confidence over a rich sonic and emotional landscape. ‘Miss Moon’ takes off with romantic strings before marrying crunching synths and leaping into an upbeat verse, all offset with glittering percussive details. Single ‘Sailing Still’ starts life with Lily’s celestial vocal, building gradually through swirling guitars, white noise and muttering synths. BBC 6 Music favourite ‘Iced Gems’ starts life with a brittle drum machine before blossoming with pretty, whirring synths and crystalline guitars. The track maintains its hypnotic air, samples and sonic twitches popping in and out, all the while held down by vocals at once expressive and restrained. The song in particular feels like an emblem for the album in full – an immensely rewarding listening experience, one in which you have the sense of a band having crafted something very special, just for you.

‘Which Way to Happy’ carefully deposits the listener at the end of what feels like a momentous, expansive journey, like an epic children’s tale, both dreamlike and familiar. It also achieves that elusive goal of unpicking the uncomfortable realities of life in the 2020s to a soundscape of wild, whimsical unreality. ‘Which Way to Happy’ never feels like it shies away from life’s sorrows, but you’ll feel a little better about them afterwards.

Check out Penelope Isles at: 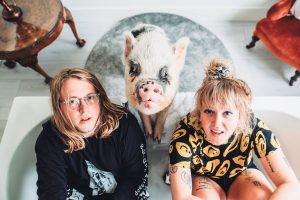