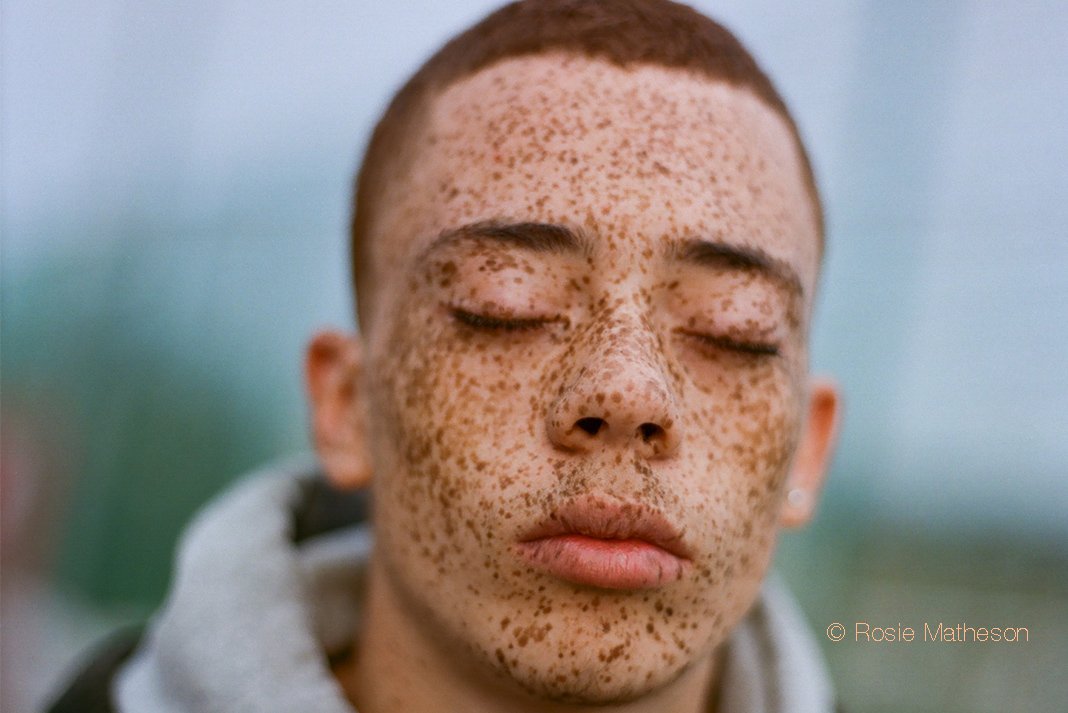 Photographer Rosie Matheson and the gaze on masculinity

With women so often being the photographed subject, Rosie Matheson’s hyped series, Boys, refreshingly turns the lens towards young men, beautifully depicting an under-communicated tenderness and vulnerability of masculinity. “For me, this project is less about what I’m saying, but more of what I am showing through the subjects I have selected,” she says.“It’s about them and that’s what I want people to take from this project.”

Growing up, the cameras in Brighton-born Rosie Matheson’s household were a 35mm single-lens reflex and a point-and-shoot. She fondly remembers getting excited to go and collect the images once they had been developed. At least one Saturday a month was spent getting the photo collection out from the cupboard and looking through them with her mum. Today, she is part of a growing wave of young professionals embracing film photography: “I don’t like the instant gratification you get with digital. I like to take my time with what I shoot, and I love that shooting on film is really capturing what I want to shoot only and not the opinions and views of others.” The trailblazing London-based photographer has already gained attention from magazines like i-D and Dazed and Confused and worked with brands such as Nike, Adidas and Kodak.

In a refreshingly contemplative and thoughtful manner, Matheson’s film portraiture offers a deeply arresting exploration of boyhood, challenging the societal expectation of masculinity through a confident visual language. Always, without exception, putting contemporary youth culture in the limelight. “I’ve always enjoyed photographing boys. There is this carefree attitude to them on the outside, but such a strong sensitivity on the inside,” she says. “I found the pressure of making girls look ‘hot’ and attractive a little overwhelming. I’m more interested in shooting people as they are, without makeup and styling; I want it to be as real and documentary-like as possible.”

When asked how the idea of Boys was born, Matheson explains it all began without any intention of developing it into a series. In late 2015, she photographed two young men in London: Elliot Brown and Phoenix Cronin. “[These] turned out to be some of my favourite photos I’d shot to that date, which motivated me to keep going in a similar style.” Shortly after, in 2016, one of her photos of Elliot was selected by the British Journal of Photography in their Portrait of Britain 2016 exhibition. “It definitely gave me a huge amount of exposure and is a very credible name to have attached to your work. It really boosted my confidence in my portrait work and helped me with casting other young males for my project.” And with that, Boys was set in motion. 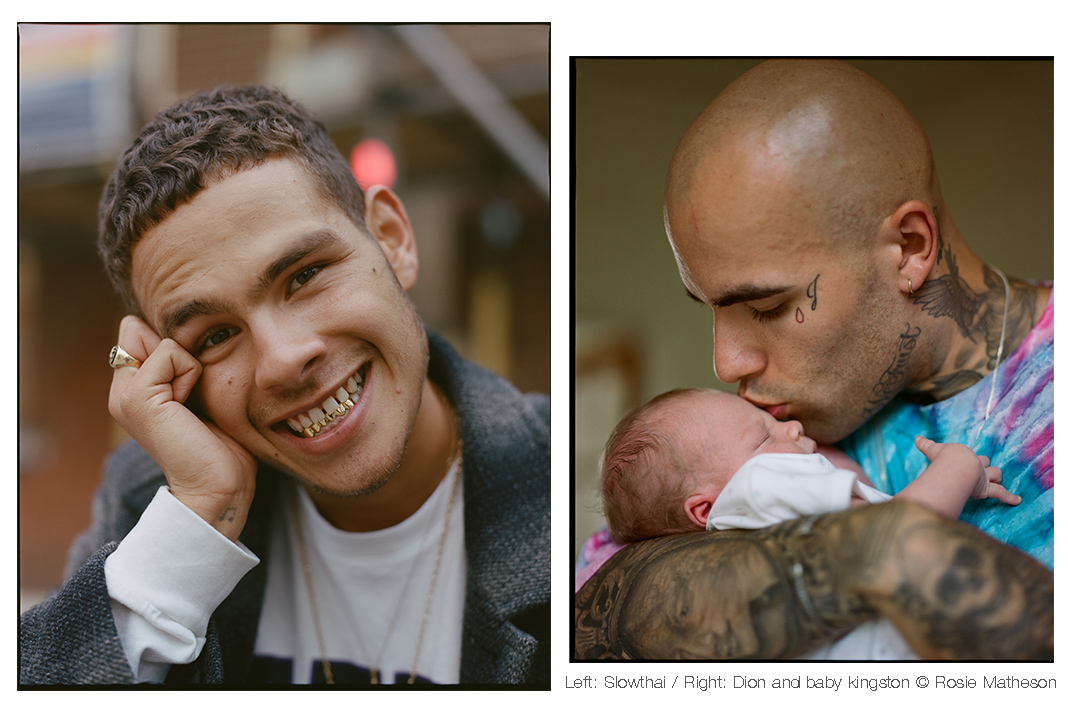 Presentations of emotions traditionally considered feminine within the value system of masculinity have historically been viewed as less acceptable in our society. On what working on this project has taught her about expectations of masculinity and being a young male today, Matheson explains: “There’s a lot of pressure on them to suppress this natural release of emotions and it’s utterly ridiculous. Men need to be allowed to be more emotional and vulnerable.”

In 2018, Matheson directed a short 8mm documentary, Boys, to accompany her ongoing project. Shot by talented London-based filmmaker Kaj Jeffries, the film is an intimate look into the modern-day masculinity, featuring unabashedly honest conversations with young men about maleness. She hopes Boys, with all its components, can inspire and add to the new, much welcomed discussion about what it means to be a man. “I would love [the documentary] to be part of the school curriculum, or perhaps tied into some mental health charities,” she says.

The cast of models is a combination of friends, people scouted on the streets – and through Instagram. In fact, with a huge 41,300 followers on the social media platform, Matheson says she gets 80% of her work through it. “Everyone is on Instagram. It allows you to be found by casting directors, editors, musicians and agents all over the world. It makes the world a lot smaller and I can go anywhere and put up a post and instantly meet up and work with people. It’s really made my career what it is so far.”

Design Brighton: Creating a vision for the city of tomorrow

So, what’s next, you ask? Matheson reveals that she is working on a new magazine, currently finding inspiration in Mexico and soon Los Angles. “Personal work is my absolute favourite so I’m trying to get out into the world as much as possible this year. Hopefully, a book will follow soon!”

Diligently adding beautifully executed portraits to her portfolio and bouncing from one striking project to the next, whether it be commercial or personal, Rosie Matheson is a force to be reckoned with. And you better believe we’re here for it.

You can check her Instagram @rosie_matheson
Or go to: www.rosiematheson.com