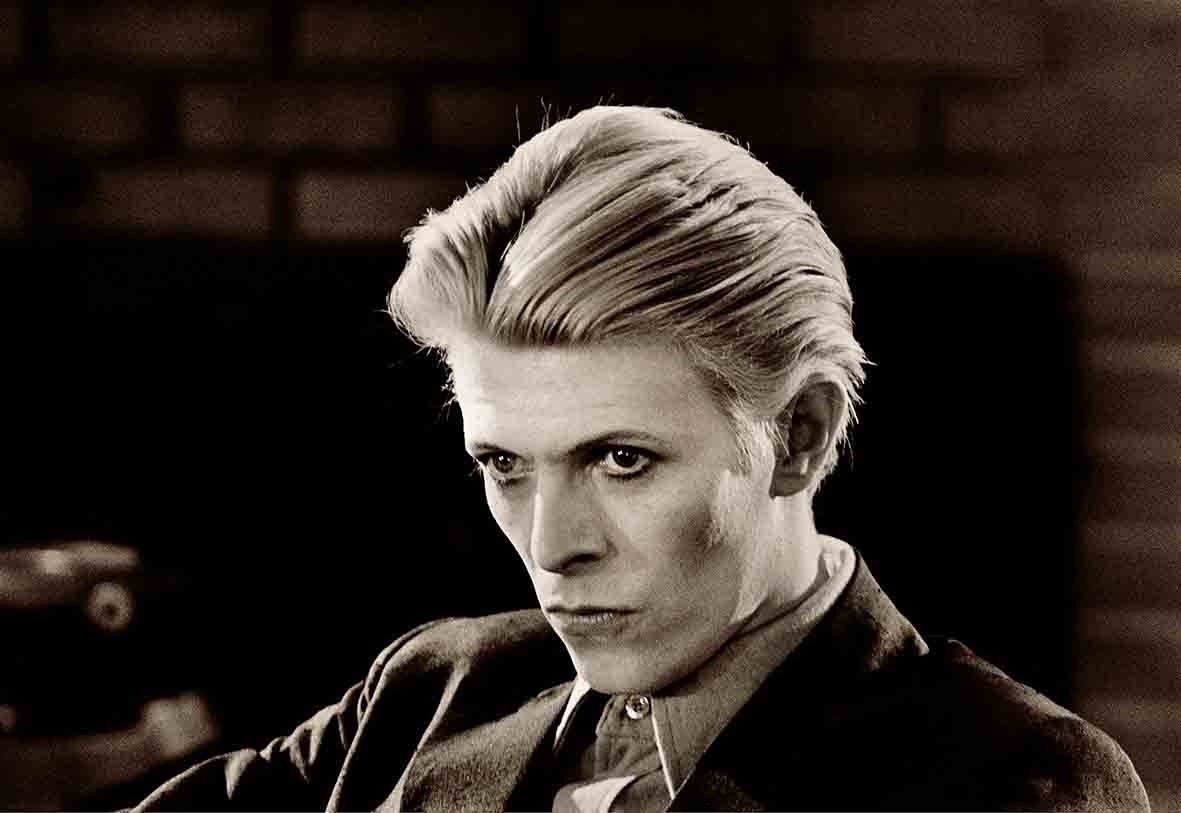 How far would you go for a friend? For Geoff MacCormack, he’d accompany one around the world, perform in his band and help document the emergence of a global music icon. He met the 8-year-old David Jones whilst growing up in Bromley, the dull brown uniform of Burnt Ash Primary School a far cry from the flamboyant stage persona of David Bowie.

“When David called me, I was selling advertising space,” MacCormack says, with a chuckle. “He didn’t ask me, he just told me we were going on tour. After those three years, it took me quite a while to readjust when we came back.”

It was the second year of Bowie’s Ziggy Stardust Tour, which was slowly winding its way around the globe. The star’s aversion to flying saw him and MacCormack travelling first class by sea to New York. From here they performed across North America, enjoying San Francisco with Bette Midler, and on to Japan, again by sea. MacCormack found himself taking casual photos of the trip. “I started clicking away, not really knowing what I was doing. I always had a camera, even if it was just an Instamatic. Meeting Masayoshi Sukita in Japan (who would later capture the cover image for Bowie’s “Heroes” album), the acclaimed photographer sorted him out with a decent camera.

The following three years would see MacCormack compile a fascinating and intimate collection of Bowie images. Now, over four decades later, they’re being presented in the landmark new exhibition Rock ‘n’ Roll with Me – Bowie/MacCormack 1973-76, which runs at Brighton Museum & Art Gallery until Sunday 6 June. “I’m not a ‘photographer’,” he says. “They’re basically just holiday snaps. I got into photography for about five minutes, it just happened to be THAT five minutes.” Bowie left the world an astonishing musical legacy, but he was perhaps more a performance artist than a rock thoroughbred. Across his career he presented a dazzling array of personas, but revealed very little about the man behind the make-up.

Lighting up the 70s with a turbo-charged glam-rock style, which saw sexually-charged rhythms and the high-art of theatre collide, Bowie meant different things to different people in different eras, but he was impossible to ignore. From modern standards, it’s possibly tough to appreciate how mercurial his exploration of sexuality might be, but a non-confrontational approach only added to his celebrity allure. “We grew up together, so you just fall into stuff immediately. He would be different with us and his other good friends. I think, to an extent, he was quite shy. Like we all do, you put on a façade.”

In many ways his output was as much about self-examination as it was dealing with a world which was evolving at an exponential rate. MacCormack’s exhibition reminds us that, behind the gender-dissecting affectations and relentless search for new textures, themes and sounds, there was a normal young man adjusting to the demands of fame.  The exhibition offers a rare personal view of a pivotal moment in the singer’s career – spanning the Aladdin Sane period through to the Station To Station album. “He was desperately experimenting, but all these things came together and were in his armoury to draw upon. Especially at the beginning of his break, he had so many hats that he wanted to wear. Like recording Pin-Ups or recording Young Americans. For me to be around at that point was great because there was so much variation.”

From Japan, Bowie and his band sailed to Russia, then travelled back to Europe on the Trans-Siberian Express, through Poland, East and West Germany, and ending up at Paris’ George V hotel for tea. “We found we couldn’t sit down. We were pacing around. It didn’t seem natural to sit down in the plush chairs in this suite, so we get up and start pacing around. It just seemed really odd after travelling across Siberia with these soldiers and whatever.” But this wasn’t yet the journey’s end.

The next chapter would see MacCormack play an even bigger part in Bowie’s expansion of his shows. The Diamond Dogs tour was his most elaborate yet, introducing large set pieces, a much bigger band and greater theatrics. “We had to work our arses off. There was movement and dance. We worked with Toni Basil. There was one particular ‘fight scene’ where we had to beat David up, then lifted him above our heads and carried him offstage. It was quite intricate.” The exhibition features some fantastic shots from Bowie’s time shooting his first major film The Man Who Fell to Earth, then travels onto the emergence of The Thin White Duke persona.

One of Bowie’s biggest allures was his otherworldly charm, his chameleon-like persona drawing from and reflecting back at fashion, cinema, art, literature and even computer games. There’s an argument for him being one of Britain’s greatest Renaissance men. “He was hugely inquisitive. He’d absorb stuff or get the gist of it really quickly. He wouldn’t have a huge knowledge of a subject, but he’d get enough for him. He could pick up knowledge really quickly.” Whether he was reinventing soul in his own image with Young Americans or coming to terms with an almost debilitating drug habit on his Berlin Trilogy, Bowie filtered his own shifting worldview through his performance and characters. “It was also quite calculated, in the way he approached things. He’s been misquoted so many times, he became quite careful about what he said and who he said it to.”

Rock ‘n’ Roll with Me – Bowie/MacCormack 1973-76 is as much a memento of a close friendship as it is a rock photo journal. Exhibited in Brighton Museum & Art Gallery’s three main temporary spaces, it offers 60 large original framed photographs, complemented by a short film shot by Bowie whilst in Moscow during 1973, music videos of Bowie and MacCormack on stage together, film excerpts and music in the galleries. Built and designed with the museum’s curator, Martin Bell, MacCormack’s wife Jo and his friend Simon Fowler, he says the exhibition exudes the sense of fun which defined his relationship with Bowie.

Those long periods of travelling often got punctuated by various antics. He recalls one drunken voyage where he was dressed by Bowie and a ship’s nurse in her uniform. “Then I needed the loo, so staggered into the men’s and hoisted up my dress, much to the dismay of other passengers.” Following the three years travelling the world with Bowie, MacCormack established a Gold Clio and Ivor Novello award-winning music production partnership with Simon Goldenberg, scoring high-end advertising, films and TV. But he remains pragmatic about his extraordinary time with an extraordinary school-friend. “In essence, sometimes I wish I’d taken more. Because I was very sparse with it, it was never a problem, I was never in the way or an irritant. I was there, I had a camera and no one else was doing it.”